We’re a few days into March 2020, and the excitement is at an all-time high for some of this year’s biggest video game releases. With so much coming to the market, it can be hard to sift through and pick out exactly which titles deserve your time and dedication, so we’ve put together a list of our six favourites.

Here are the best video games coming out in March 2020…

Game director Ed Fear has come up with one of this year's most interesting visual novels, featuring a colourful and unique cast designed by Hato Moa (Hatoful Boyfriend) as well as stunning music from the iconic Masakazu Sugimori (Phoenix Wright: Ace Attorney).

Murder by Numbers takes gamers back to Los Angeles, 1996, and tells the story of actress Honor Mizrahi who was a part of a hit TV detective show. When her boss fails to renew her contract however, and he then ends up dead, she finds herself at the centre of a real-life murder mystery.

Teaming up with an adorable robot called SCOUT, she sets out to clear her name and quickly proves that whilst she only played a detective on TV, she’s learned a few tricks on the job!

Inclusive, witty and a lot of fun, Murder by Numbers is packed full of Picross puzzles that players will have to complete if they’re to unearth evidence and clues, and eventually solve some cracking cases!

The highly-anticipated sequel to 2015's Ori and the Blind Forest will finally be released this month, with Ori and the Will of the Wisps available instantly on release to those who have the Xbox Game Pass!

Players will once again take control of the titular white guardian spirit Ori, as they're tasked with making their way across platformer levels whilst solving puzzles and exploring new locations.

Focusing on a brand new narrative, gamers will discover the world beyond the Nibel forest, uncovering the truth of the lost ones and coming to terms with Ori's true destiny.

In the final Nintendo Direct before Animal Crossing: New Horizons’ release, we saw a multitude of exciting new features revealed for the upcoming game, promising to transform and evolve the way fans play Animal Crossing forever!

Focusing on crafting, both for items of furniture as well as bridges and more for the world around us, New Horizons is an intriguing new chapter in a franchise that the world has fallen in love with. Capitalist utopia! What’s not to enjoy?

Developed by id Software and published by Bethesda Softworks, DOOM Eternal will see its release this month after a short delay, putting players back into the role of the Slayer.

An intense single-player campaign lies in wait for all those brave enough to take it on, with a longer playthrough time than the original reboot we saw released back in 2016.

Set to inject some much-needed excitement into the world of virtual reality, Half-Life is making its return with a VR-only first-person shooter, taking place before the events of Half-Life 2.

Players will take control of Alyx Vance here, as the title would suggest, as she and her father fight against the occupying alien Combine. As humanity’s only chance for survival, there’s a big weight lying on the shoulders of all those who delve in! Certainly worth picking up if you’ve got a VR set and want something new to play!

Published by Wales Interactive, who also serve as developers alongside Little Jade Productions and Good Gate Media, The Complex could be one of this year's most surprising releases.

Gamers will enjoy a completely live-action, cinematic sci-fi thriller, which was filmed entirely in the UK and features multi-directional story with eight different endings.

The story follows two scientists who are in a locked-down laboratory following a major bio-weapon attack on London. With their time and air running dangerously low, it's up to players to help them get through the film, with every interaction and decision moulding the story. 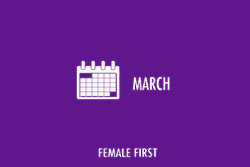