Gaming is a pastime that has long ceased to be the domain of the 1980s-archetype geeky male in his late teens or 20s. These days, there are games aimed at every age group and both sexes. In fact, some industry reports suggest that since the advent of mobile gaming, there are actually more female gamers than male.

That’s well and good, but regardless of who is playing the games, there is no escaping the fact that the industry itself is still heavily male-dominated. It’s reflected in the locker room mentality that still pervades the industry and also in the games themselves. Yes, there are exceptions, but the majority of female characters in games are still highly sexualised and have the primary purpose of wearing very little and waiting around to be rescued by some muscle-bound man.

There is, however, change in the air. The Women in Gaming Diversity Awards is an event that was first run in 2008. It has the stated aim of promoting inclusivity and diversity in a whole range of categories, including community engagement, LGBT inclusivity, positive leadership and many more.

The casino sector is an area of gaming that is highly traditional in so far as the type of games on offer are concerned. Despite the massive innovation in terms of new types of slot games and so on, it is classics like roulette and blackjack, games that have been around for hundreds of years, that remain the most popular.

There are scores of different casino sites around, and among many slots software providers, Playtech is considered the number one in this market. The developer is behind some of the sector’s most recognisable slot games, including Ace Ventura, Lucky Panda and Sultan’s Gold. At the most recent WiG Awards, two women in key roles at Playtech were honoured.

Lauren Iannarone has headed up Playtech’s Corporate Responsibility team since 2016. It goes without saying that for a company like Playtech, Compliance is everything, and any breaches are likely to have a catastrophic impact. It’s a male-dominated function in a male-dominated industry, and her tireless efforts have been recognised with one of the ceremony’s most prestigious awards. Lauren was presented with the Industry Achiever Award, which celebrates the gaming industry’s most influential women and how they contribute to the overall success of the organisation.

Valeria Russo joined Quickspin at the end of 2018. The Swedish studio was acquired by Playtech back in 2016, and has a reputation for developing slot games that stand out from the crowd. Some of their better-known titles include Tales of Dr Dolittle and Wild Chase Tokyo Go. Valeria joined as an account manager, following a stint at other big-name developers including iSoftBet and NetEnt. She was awarded in the WiG’s Star of the Future category. This award sets out to identify and recognise the next generation of leaders in the gaming industry. Valeria was commended for her energy, spirit and ambition in helping to create and embed an ethos of inclusivity in her industry.

The next WiG Diversity Awards ceremony will take place on May 14th in the luxurious surroundings of the Savoy Hotel in London. Tickets are available from the WiG website, so why not treat yourself to a stylish night out at one of London’s most famous venues and lend your support? 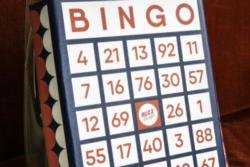 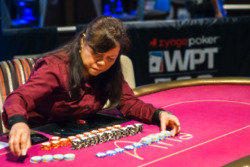