Get ready to sign up to the ultimate gaming experience!

Ubisoft is a leading creator, publisher and distributor of interactive entertainment and services, with a large collection of world-renowned brands, including Assassin’s Creed, Far Cry, For Honor, Just Dance, Watch Dogs, and Tom Clancy’s video game series including Ghost Recon, Rainbow Six and The Division.

The upcoming game will be available on Xbox Series X/S, Xbox One, PS5, PS4, Stadia, Luna and Windows PC via Ubisoft Connect, with full cross-play available at launch.

This exciting new addition to an already popular franchise is set to offer players unique and completely new ways to explore the Ghost Recon universe; players will be able to experience thrilling free-to-play gaming, 100+ players, and a PvP first-person military experience.

In the upcoming Ghost Recon Frontline, players can discover Drakemoor island, a open world filled with varied landmarks and fauna. The game boasts a rather huge set of tactical support tools, allowing players the freedom they desire to play the game their way throughout the multiple game modes.

The game also has flagship mode, titled Expedition, and offers a new and unique outlook on the battle royale genre. More than 100 players in teams of three will have to work together to complete vigorous tasks across the colossal open map, with the absence of a converging circle.

Once intel has been gathered by players, they will head to a drop zone and call for extraction. When launched, every player will know the extraction location, and will try to interfere; players will have to think tactically and use everything at their advantage to escape the map and win the match.

Other game modes will be available at launch.

Ghost Recon Frontline offers a totally unique and modern class system, paving way for players to upgrade and customise every contractor to fit their personal strategy. There will be three contractor classes available during the upcoming closed test, with more coming out at launch.

Players can even, if they wish, swap between different contractors, even in the midst of battle, making each and every game different and immensely tactical.

The first closed test of Ghost Recon Frontline begins on 14th October, for PC players in Europe only. Players can go here to register for game tests. 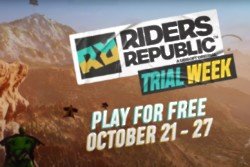 Get ready for the Riders Republic time-limited Trial Week 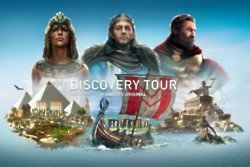 Ubisoft expands educational partnership with Digital Schoolhouse in the UK 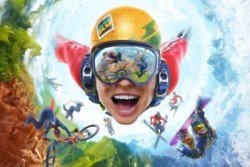