Teeth are under attack

Spare a thought for your teeth this Christmas, as eating and drinking habits could be putting your teeth in constant danger for 48 hours.

Constant snacking, drinking and eating of sugary foods and drinks over Christmas can make the holiday period a miserable time for teeth. The indulgences and tempting treats on Christmas Day and Boxing Day in particular means that teeth are likely to be under constant risk of attack from tooth decay and tooth erosion over the festive 48 hour period.

Sugar-filled mince pies, chocolate selection boxes, fizzy drinks and acidic alcoholic drinks like red wine that make up a traditional festive diet are all likely to pose a hazard to teeth during the holidays. Whether young or old, the message remains the same; don’t forget about your oral health.

Chief Executive of the British Dental Health Foundation, Dr Nigel Carter, said: “It is important to be extra vigilant with your oral health over the Christmas period. Your teeth are under attack for up to one hour after eating or drinking, and if you think about how much is consumed, and how often, particularly over Christmas and Boxing Day, your teeth don’t really get the chance to recover.

“Brushing your teeth just before you go to bed will make sure that you have removed acid forming plaque before sleep as at night your saliva flow (the tooth’s natural protective mechanism) slows down, while brushing first thing in the morning is a simple way to limit damage caused to your teeth.  If you’re partying late, with less sleep than normal, you may also want to take extra care of your teeth during the day.”

In order to ensure you fully enjoy this time of year without having to compromise on what you eat and drink, the Foundation recommends you bear in mind it is not how much sugary food and drink you have, it is how often you have them that causes a perilous situation for oral health.

There is some good news.  Some traditional foods like Cranberries, the perfect accompaniment for your Turkey, are scientifically proven to be beneficial to overall health, and scientists have also shown they may have the capacity to help prevent both gum disease and tooth decay. However, moderation is important as cranberries are acidic and it is a good idea not to have them too often throughout the day to avoid erosion of your teeth’s enamel.

Other things like passing a tin of sweets around throughout the day, selection boxes and even Bucks Fizz have the potential to damage teeth if consumed too often, and for this reason it’s best to try and keep them to mealtimes. Mince pies, Christmas cake and Christmas pudding are all laden with dried fruit which is high in sugar and sticks to the teeth where it can cause most damage.

To accommodate these treats, it’s a great idea to open the cheeseboard after mealtimes as a small piece of cheese will help return the mouth to its natural acid balance and help reduce the chances of tooth decay.

Chewing on sugar-free gum for around 10 minutes can also have the same effect.

To accommodate your child’s sweet tooth without damaging their teeth, Dr Carter suggested some novel yet practical ways of getting the balance between sweet tooth and healthy tooth right.

Dr Carter said: “Children will inevitably get sweets, so try and get them to eat them straight after mealtimes rather than grazing on them all day.
“New research even suggests ice cream containing probiotic could reduce levels of tooth decay so in the future this could become a healthier option.

“Any fruit juice they have should be diluted 10 parts water to one part juice as most are acidic and many contain added sugar.

“If you need something extra for your child’s stocking, a character-branded toothbrush, some of which have been approved by the Foundation’s accreditation scheme, have the potential to make toothbrushing fun and something they wish to take part in.

“The minimum we can all do during this time is to brush our teeth for two minutes twice a day using a fluoride toothpaste.” 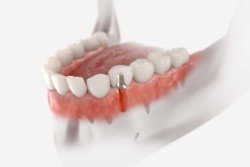