'Garlic was often scorned: Tibetan monks, adolescents, and widows were forbidden from consuming garlic, and unfaithful Egyptian husbands used it as chewing gum to mask the smell of another woman.'

I was having a conversation with my friend the other day about garlic, as you do. We agreed that any recipe calling for garlic should have quadrupled the quantity it advises. Garlic makes life better, or so we heartily believe. It triggered a memory of my nan biting into a raw garlic clove each morning, and I smiled and winced simultaneously. My nan was never one for taking ‘modern medicine’ from doctors. She’d rather look for a natural alternative instead. 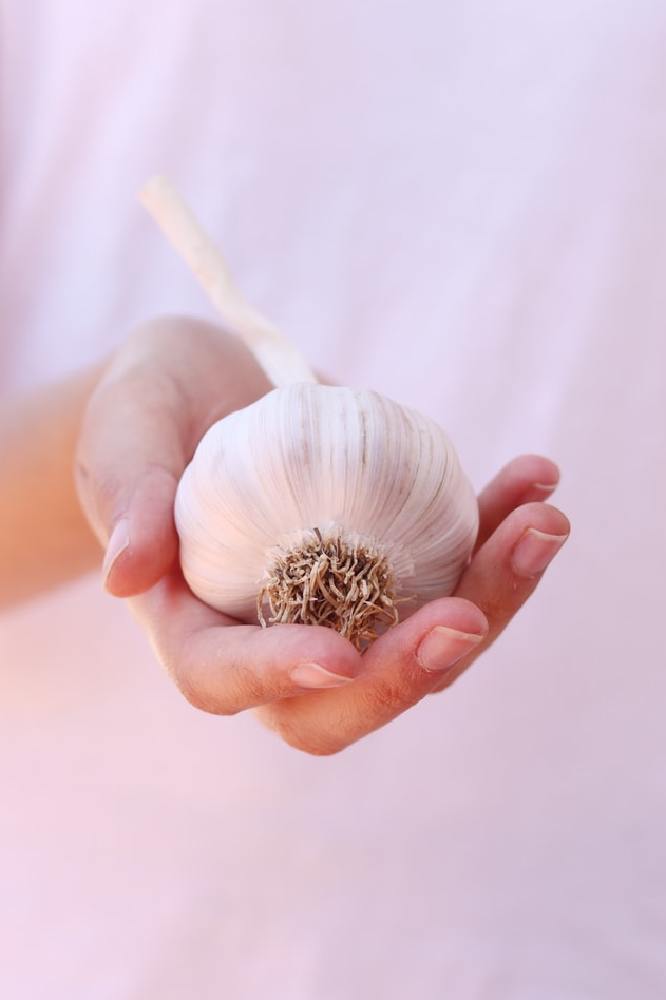 Once discarded as only fit for livestock fodder by the upper classes of ancient Greece and Rome, it has been heralded as a ‘wonder’ vegetable by doctors and commoners for over 5,000 years.

This article will explain the many properties you may wish to use garlic for, either in its raw form (bitten right from the plant, a la nan, or cooked into scrummy dishes) or as a supplement.

The diverse host of applications for garlic is documented back to the time of the Ancient Egyptians. They worshipped garlic as a god, owing to its ability to ward off evil spirits (which is possibly how the affinity with protection from vampires began).

The lower classes among the ancient Greeks and Romans had such strong faith in the practical power of garlic that they used it as local currency.

From snake bites to the black plague, the list of cures was long. The builder of the Great Pyramid of Giza himself, Khufu, had effigies of garlic engraved inside his tomb to serve him in the next life.

However, the upper classes of Greece, India, Spain, and England deplored the pungent smell for many years to come.

Now, garlic is stupendously popular among many cultures, with 2.5 million acres of land dedicated to growing it.

A study in 1858 proved that garlic could kill germs, significantly reducing the risk of infections in wounds. These findings were instrumental in having the ingredient used as an antiseptic in both World Wars and even became a cure for dysentery (intestinal infections).

Honey is often a key ingredient in cold and flu medicines. Drinking honey and garlic are the perfect duo to prevent a virus from growing.

Several clinical and lab studies have identified a lowered risk of heart disease or stroke with a good, consistent amount of garlic in a patient’s diet. The properties include:

The antioxidant compounds like kyolic acid found in concentrated amounts in garlic help protect your brain from common diseases such as Alzheimer’s and dementia. However, more research is still needed.

It is said that the acid helps to prevent damage caused by ageing in the brain, which aids concentration and memory.

The dynamic effects of garlic have been polarising for centuries.

Garlic was often scorned: Tibetan monks, adolescents, and widows were forbidden from consuming garlic, and unfaithful Egyptian husbands used it as chewing gum to mask the smell of another woman.

At the same time, Chinese doctors prescribed the vegetable for intimacy problems and grooms wore cloves in their buttonholes for a happy honeymoon.

Is it any wonder Italian dinner dates are considered so romantic?

The best ways to prepare garlic

Now, I’m not saying I’d like to be buried with a clay carving of garlic, but I do understand its healing power. The fact that it’s not just tasty soul food but well-informed science that backs this up means I’ll be lacing lashings of the stuff into my meals for the rest of my time. Although I’ll leave biting it like a piece of chocolate to my nan…

RELATED: National Garlic Day: What does it mean to dream about garlic? 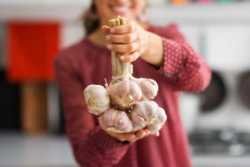 National Garlic Day: What does it mean to dream about garlic?