Erectile dysfunction can be a potentially embarrassing problem for men, and to help combat that they'd be willing to take impotence treatments from an unknown source.

In fact, in the survey of those already suffering over half had already done so.

Those taking part were asked, “Would you take impotence treatments from an unknown source when suffering from erectile dysfunction?” defined as a retail source whose reputability was unclear or completely unknown (including being given treatment by friends). According to the results, just over a quarter, 26%, of the men taking pat said ‘yes’.

When these respondents were asked why they would do so, the top three reasons given were revealed to be as follows:

2)      Cheaper than paying for prescription

The most common ‘unknown source’ was revealed to be having been ‘given the treatment by a friend’ for 62%, whilst 40% had purchased treatment from a ‘website of unknown reputability’. 12% had taken impotence treatment from a friend’s home without their knowledge.

Sarah Bailey of UKMedix.com commented on the results:

“It’s vital that no one ever takes medication from an unknown source, no matter how reputable you think it is. Not only is it dangerous as you can never fully be sure that the product is what is says on the bottle, but it may be completely the wrong medication for your ailment, and therefore not right for you at all. Always seek proper medical advice and purchase the correct medication from a reputable source, as it’s the only true way you can ensure that your problems are being treated safely and effectively.” 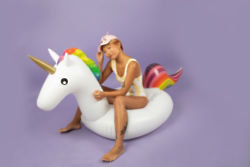