Everything we know so far about the new The Minimalists: Less is Now documentary

The Minimalists are back in the New Year with a brand new documentary The Minimalists: Less is Now, here's what you need to know so far.

Before Marie Kondo and The Home Edit, there were The Minimalists- two childhood friends who ditched the so-called dream of the big job, the flashy car, the palatial house and the bragging rights for a simpler life. In their new documentary that comes out next year, the trailer hints that we go back in time and learn more about their past and how it has shaped their present. So, what do we know already? 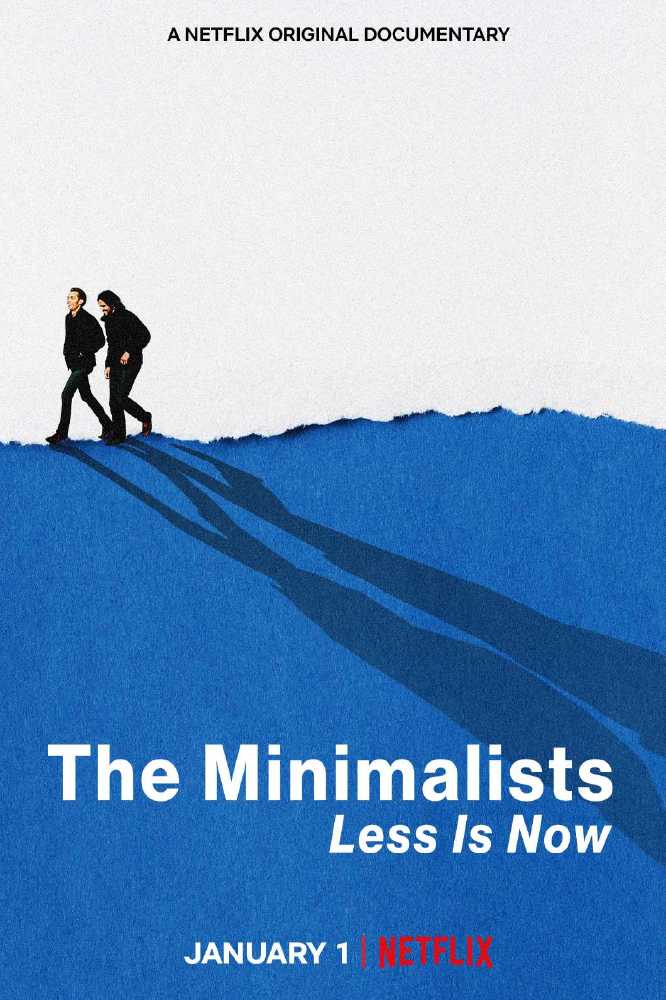 This is the second documentary by Joshua Fields Millburn and Ryan Nicodemus: The Minimalists’ first documentary Minimalism: A Documentary About the Important Things came out on Netflix in 2016, and follows the people who reject the American ideal that happiness lies in stuff, that less is more and that contentment comes from experiences as opposed to things.

‘Stuff is contributing to our discontent in so many different ways’

When is their new documentary out? The Minimalists: Less is Now is out on the 1st January on Netflix. After having built a movement around the lifestyle of minimalism, we can glean from the trailer that Joshua and Ryan share how they believe their life is better with less and speak to those who have found great benefits from taking the focus away from material possessions.

‘What if you removed one material possession from your life every day for a month? What would happen?’ (Joshua Fields Millburn)

Who directs it?: Matt D’Avella who directed The Minimalists’ first documentary returns for a second time to the directing chair to follow the two best friends and other champions of the lifestyle. The award-winning documentary filmmaker and online content creator has gained over 187 million views worldwide across the two documentaries and his YouTube channel which currently has 3 million subscribers. His work has been featured in the Wall Street Journal, Forbes, and Men’s Health, and explores differing perspectives on simple living and self-development. If you haven’t watched any of Matt’s videos already, I can highly recommend his channel, where he is a huge proponent of minimalism too. Here is a sample of his work...

You may already be familiar with some of the people in it: From the trailer, we can see that YouTuber Ronald L. Banks makes an appearance- how much he features is unknown, but if you aren’t familiar with him already- he is well worth checking out on his own channel where he talks about minimalism, poetry and life. Here is a taster of what he’s about...

‘I might have been living the American dream… but it wasn’t MY dream.’ (Joshua Fields Millburn)

There are some faces you won’t recognise: The documentary appears to feature people, like you and me who have found solace in living a more minimal life and will hopefully bring new stories to the forefront and inspire us to do the same.

‘We never really stop to question what is essential, what is necessary’ (Joshua Fields Millburn)

Inspiration for the title: According to Netflix, the film’s title was inspired by the popular maxim “Less is more,” which was popularized by architect Ludwig Mies van der Rohe (1886–1969). He used this description for his design aesthetic;- to create a building that gave the impression of extreme simplicity. The Minimalists have tweaked this phrase to create a sense of urgency for today’s consumer society: now is the time for less.

“Now is the time for less. With The Minimalists' new documentary, Less Is Now, we wanted to show people that minimalism is not a radical lifestyle—it's a practical lifestyle. No matter who you are, or where you are in life, it's never too late to let go, start over, and live a meaningful life with less stuff.” -The Minimalists (Netflix)

More about The Minimalists: Joshua Fields Millburn and Ryan Nicodemus, known to their audience as The Minimalists, help more than 20 million people live meaningful lives with less through their website, books, podcast, and films. They have been featured in the New York Times, Wall Street Journal, and Time magazine, and they have spoken at Harvard, Apple, and Google. The Minimalists Podcast is often the #1 health podcast on Apple Podcasts, and their popular documentary, Minimalism, is available on Netflix. Both raised in Dayton, Ohio, they currently live in Los Angeles.

And if that hasn’t whet your appetite enough- here’s the trailer… enjoy!