The rise of the tattooed nipple

How far are you willing to go for the 'perfect' breast?

Women are constantly striving to perfect themselves, that’s why cosmetic surgery is constantly on the rise.

We’ve seen a surge in the number of women getting their eyebrows tattooed, but the latest craze is permanently inked nipples.

According to a report from The Telegraph, Liverpool ladies have taken it one step further in their bid for ‘perfect beauty’ by getting their nipples darkened and more perfectly shaped, the craze has apparently already made its way down to Essex as well.

The tattoo, which lasts for around 12 to 18 months, takes on average two hours and costs around £1,200 for both nipples. It was originally designed to make reconstructed breasts look more realistic.

Gail Proudman, an independent clinician based in Merseyside told The Telegraph: “A lot of people want their nipples made darker. It’s the fashion. Some people think theirs are too pink or their boyfriends want them done. I think sometime they are doing it because they are conscious of them being pale and they think it’s fashionable to have dark nipples. They'll look at the magazines and page 3 and unfortunately a lot of it might be peer pressure.

Areola restoration is the medical terms for the procedure and is more painful for women trying to enhance their existing nipples, rather than those who have had reconstructive surgery because the areola’s skin is more sensitive than the surrounding breast tissue.

Graham Offer, from the British Association of Aesthetic Plastic Surgeons, says it’s key that we make women aware that it’s essential that they go see a proper medical tattooist rather than your local parlour. 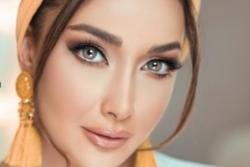 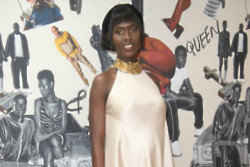 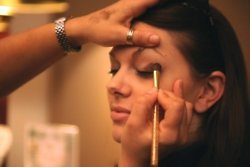