This week it’s National Gardening Week, and what better way to celebrate than to remind ourselves of some of the most prolific gardeners that ever lived.

Here are seven germination geniuses that are primarily gardeners, but have achieved celebrity status through their charisma and knowledge.

The first person we tend to think of when gardening is mentioned is the legendary Alan Titchmarsh.

Born in Ilkley, Yorkshire, Alan began his career as an apprentice gardener for the local council and went on to study for a City and Guilds in Horticulture. He later graduated from the Royal Botanic Gardens with a diploma in the same subject.

Alan’s name was firmly planted in the realm of gardening journalism when he was invited to present the prestigious Chelsea Flower Show back in 1983. He has made countless TV and radio appearances as a gardening expert and has hosted many of his own shows, including two series of the programme How to be a Gardener.

Amongst many other honours and awards, Alan was appointed an MBE in the 2000 New Year Honours for his services to horticulture and broadcasting.

Born into a family who with marmalade merchant ancestors, Monty Don has a history of being involved in peculiar trades.

Before he blossomed into a full-grown celebrity gardener, Monty worked on a building site and a pig farm alongside studying. He also went on to own a costume jewellery company called Monty Don Jewellery. Unfortunately, the business wasn’t a success, but in hindsight this wasn’t so bad - since it led him to pursue a career in his childhood passion of gardening.

Some of Monty’s most notable achievements include becoming the lead presenter for the Chelsea Flower Show, writing over 20 publications, and was made an Officer of the British Empire (OBE) in the 2018 Birthday Honours for his services to horticulture, to broadcasting and to charity.

Charlie Dimmock first came in recognition for her involvement in the gardening TV series Ground Force.

Charlie has had a successful gardening career which is still going strong now. In fact, series four of Garden Rescue started last night (April 29) - a show hosted by Charlie and the Rich brothers.

As well as this, Charlie wrote a weekly gardening column in the Mail on Sunday for several years, presented coverage of the Chelsea Flower Show, became an expert on the panel of gardeners for ITV’s Daybreak, and has even appeared in pantomime as the Organic Fairy in Jack and the Beanstalk. She also became known for appearing braless on TV - perhaps one of the first figureheads for freeing the nipple?

The late Percy Thrower MBE is somewhat the Grandfather of gardening, with his extensive experience in writing, television and business.

Percy wrote books, a weekly column for the Daily Mail and also contributed to other publications such as the Daily Express and Amateur Gardening. He was the gardener on children’s programme Blue Peter for 13 years, appearing in over a hundred broadcasts and was responsible for establishing the Blue Peter garden.

He hosted gardening tours, featured in commercials and even bought the firm of Murrell’s of Shrewsbury and turned it into the Percy Thrower Garden Centre.

Carol Klein left school when she was 15, but this didn’t stop her from achieving a successful and lengthy career in gardening.

An expert in gardening, television presenter and newspaper columnist, Carol has certainly made her name in the field.

Before establishing herself as a celebrity in the gardening world, she trained as an art teacher and taught in schools in Shepherd’s Bush, and then in Devon. It was after this that she set up her own plant nursery, Glebe Cottage Plants.

Her television debut came in 1989 on Gardeners’ World. She has also written a number of best-selling books, as well as being voted 2016 nation’s favourite gardener in a poll for Yorkshire Women’s Life Magazine.

Roy Lancaster, born Charles Roy Lancaster - from Lancashire - is most widely known for his work on Gardeners’ World and the Radio 4 show Gardeners’ Question Time.

This British television presenter and gardener is best known for her appearances on The One Show and several gardening programmes - including her own show, Christine’s Garden.

She presented on Gardeners’ World and is a past winner of the Garden Writers’ Guild Radio Broadcasting Award. 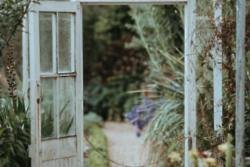