Aronofsky - Director of the hour

Darren Aronofsky is one of the most sought-after directors of the moment. He has often been critically acclaimed, but his last two films have been coming down on awards season hard. The Wrestler got two acting nominations at the Oscars but didn't win in either category, however, Mickey Rourke won the BAFTA for Best Actor. Black Swan, Darren Aronofsky's latest film has received even more critical acclaim, and Natalie Portman has won the Best Actress Golden Globe and could take more awards as the BAFTAs and Oscars hit.

Next on the Aronofsky calendar is the much-anticipated The Wolverine, a stand-alone Wolverine story which is written by Usual Suspects scripter Chris McQuarrie. This is the first franchise type film that Aronofsky has been involved in, he was attached to Batman: Year One and was set to reboot the franchise, but that project was dropped, he was also set to direct a remake of Robocop, but again, that was dropped. The Wolverine is set to start production in March with a release due in 2012.

He first started his film career in 1998 with debut feature ∏ (or pi, if you aren't mathematically savvy), it was the story of a mathematician who believes that this key number will unlock patterns found in nature. The debut feature cost $60000 and most of the money was raised by family and friends donating $100, when it was bought by Artisan for $1 million, Aronofsky paid back $150 to all investors. Permits weren't found for locations, so a look-out would be needed to watch for police and they could stop filming if necessary. The film was a critical success and was praised for the quality brought out from its shoestring budget.

In 2000, Aronofsky followed up his debut with the disturbing Requiem For A Dream. His second feature has four intertwining stories which all deal with addictions and the effect they have on peoples lives. Requiem For A Dream uses very fast cutting and this is used to portray the spiral into the addiction the characters have. Empire voted this the most depressing film ever made, stating, "this is a film you watch once, then repair to the pub to stare fixedly into your beer for the night, vowing never, ever to watch it again." Clint Mansell's soundtrack is probably one of the most recognisable things to be taken from the film, which has featured in the trailer for The Two Towers, The Da Vinci Code, I Am Legend and is instantly recognisable everywhere.

It was another six years until Darren Aronofsky finally made his third film, The Fountain. Delays lasted an age for this film, which originally was set to begin production in the summer of 2002. Brad Pitt was attached and Cate Blanchett was on board too, but with escalating budgets and Pitt's requested script changes not met. Pitt jumped ship to work on Troy and Aronofsky tried to get Russell Crowe on board, failing to do so. The production ceased completely and Aronofsky put other projects into development, however, he kept coming back to The Fountain, in 2004, the project was resurrected by Warner Bros and they started circling Hugh Jackman to appear. He joined, the budget was dropped to $35 million and Rachel Weisz took Blanchett's role. The film follows three different stories through three different time periods using the same characters, critically, reviews were mixed and the general consensus was that the film was visually amazing but suffered from lack of focus. The film finally made its way into cinemas in 2006.

It was a shorter wait between The Fountain and his follow-up The Wrestler, only two years. The Wrestler saw Mickey Rourke play Randy "The Ram" Robinson, the film was seen as a return to form for Mickey Rourke and he won the Best Actor BAFTA for his performance. Darren Aronofsky used improvisation in locker-room scenes with the other wrestlers before the matches Rourke competed in, along with during his scenes working at a deli counter. Nicolas Cage was originally attached to the project, but Aronofsky wanted to have Mickey Rourke in the role, so bowed out gracefully. The film managed to resurrect Mickey Rourke's career and was hailed as one of the films of the year.

This year, Black Swan was released, Natalie Portman portrays the ballerina who is trying for a part in a production of Swan Lake, she is perfect as the White Swan but Mila Kunis is perfect as the Black Swan, it takes this for Portman to discover her Black Swan. The film has been picking up a number of nominations during this awards season, most notably Portman for her portrayal of the ballerina and for her dedication to the training for the role. Similarities have been drawn between Black Swan and The Wrestler for portraying people working hard for their art, Aronofsky said to the MTV movies blog, "They are really connected and people will see the connections. It's funny, because wrestling some consider the lowest art — if they would even call it art — and ballet some people consider the highest art. But what was amazing to me was how similar the performers in both of these worlds are."

He may not have many films under his belt but Aronofsky is one of the most sought-after directors around at the moment and providing The Wolverine isn't an utter disaster, which it won't be, his quality looks set to continue. 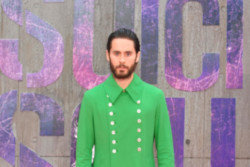 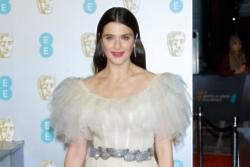