Daniel Craig was the sixth Bond to hit the big screen and had big shoes to fill following the footsteps of Sean Connery, Roger Moore and Pierce Brosnan.

Even though there was controversy surrounding his blonde hair, and broad physic, Craig managed to add a whole new dimension to the dark and mysterious Bond portrayed in previous films.

Craig took Bond in a whole new direction dispensing of all the old clichés that had been picked up along and adding a darker side to Bond.

The longest Bond film to date, Craig keeps you hooked to the edge of your seats, and his cold hearted killings in the film will keep the original bond fans happy.

No doubt the ladies are happy with Craig as Bond, as his piercing blue eyes compliment the smart suits of Bond perfectly, he is charming, funny and the perfect action man that men would love to be like. 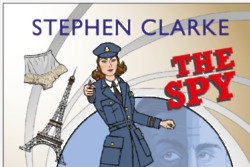