2012 has already been a great year for animation movies and that trend looks set to continue with ParaNorman.

Now I don't know about you but I love stop motion animation movies and ParaNorman is only the second movie in this genre to be shot in 3D - following on from the monster success of Coraline.

And we have some new clips from the movie for you to enjoy ahead of its release next week:

Chris Butler and Sam Fell are in the director's chair for the movie while Butler penned the screenplay.

It seems that working on animation movies is just as important as working in live action as, once again, there is an great string of stars on hand.

We will be hearing the lovely tones of Kodi Smit-McPhee, Anna Kendrick, Casey Affleck, Christopher Mintz-Plasse and Leslie Mann.

In ParaNorman, a small town comes under siege by zombies. Who can it call? Only misunderstood local boy Norman (voiced by Kodi Smit-McPhee), who is able to speak with the dead.

In addition to the zombies, he’ll have to take on ghosts, witches and, worst of all, moronic grown-ups, to save his town from a centuries-old curse.

But this young ghoul whisperer may find his paranormal activities pushed to their otherworldly limits.

As we head into the autumn ParaNorman looks set to lead the way for the animation genre and it promises to be a movie that shouldn't be missed. 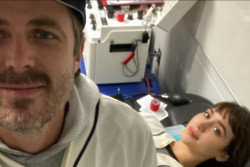 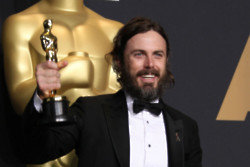