Calling all Anna Kendrick fans the Oscar nominated actress is set to make her return to the big screen later this year in Pitch Perfect.

The actress sticks with comedy for her next movie as she teams up with the likes of Brittany Snow and Rebel Wilson in a film that is a mix of music and laughter.

And we have a brand new clip from the movie for you to enjoy.

Pitch Perfect is based on the book by Mickey Rapkin and sees Jason Moore in the director's chair.

The movie marks his feature length debut after finding success in TV with the likes of Brothers & Sisters and Dawson's Creek.

An all star cast has been assembled as Kendrick, Wilson and Snow are joined by the likes of Elizabeth Banks, Christopher Mintz-Plasse and Alexis Knapp.

This musical comedy looks set to put an new spin on some of our favourite tracks and deliver them in a way that we have never seen before.

Arriving at her new college, she finds herself not right for any clique but somehow is muscled into one that she never would have picked on her own: alongside mean girls, sweet girls and weird girls whose only thing in common is how good they sound when they sing together, in the new out-loud comedy Pitch Perfect.

When Beca takes this acoustic singing group out of their world of traditional arrangements and perfect harmonies into all-new mash-ups, they fight to climb their way to the top of the cutthroat world of college a cappella.

This could wind up either the coolest thing they’ll ever do or the most insane, and it will probably be a little of both. 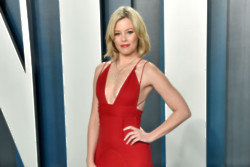