The Bafta Awards is the biggest night on the British film calendar and this year is set to be one of the tightest battles yet for some of the biggest gongs. 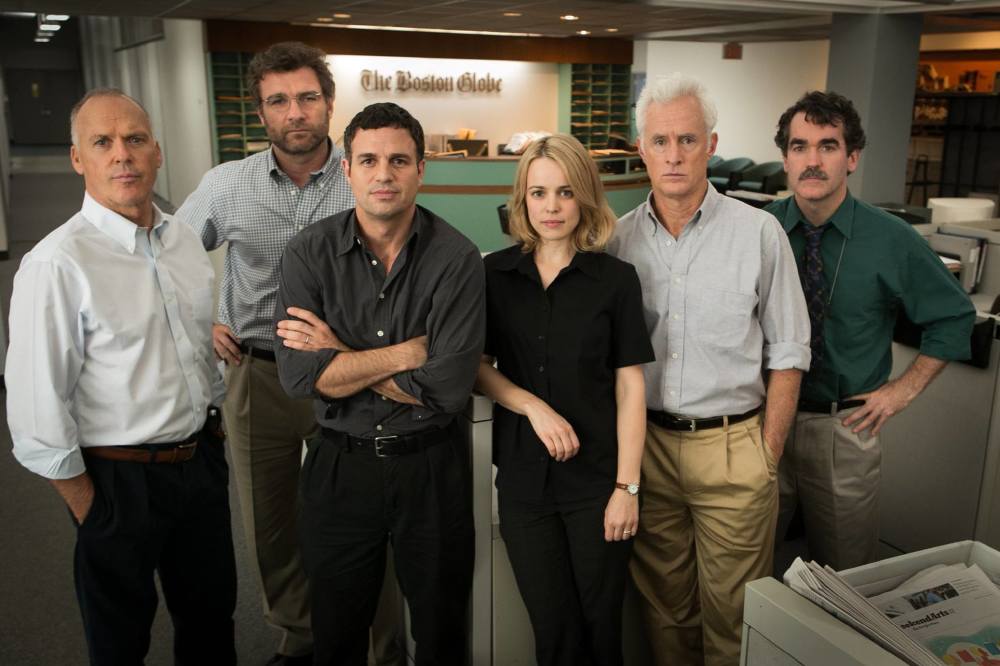 I suppose, there is only really Best Actor where we have a red-hot favourite in Leonardo DiCaprio, but all the other awards really are up for grabs. We predict who will win what in some of tonight's biggest categories.

The support for Spotlight really is starting to hot up and it could well walk away with Best Picture tonight. The Big Short, Bridge of Spies, Carol and The Revenant are also in the mix. Bridge of Spies and Carol picked up the most nominations but I think it is unlikely that either will win.

The Revenant is possibly the movie that could prove to be the biggest threat to Spotlight... and may win just like it did at the Golden Globes earlier this year.

The Baftas recognises Best British Film and 45 Years, Amy, Brooklyn, The Danish Girl, Ex Machina, and The Lobster are all in the mix. While all of these films are terrific, I was a huge fan of Ex Machina and would love to see it triumph later today.

DiCaprio is a sure-fire winner in the Best Actor category; Eddie Redmayne, Bryan Cranston, Matt Damon, and Michael Fassbender are going to have to get their gracious loser faces ready. DiCaprio looks set to go on an win the Oscar in a couple of weeks' time.

The Best Actress category could be a close one with Brie Larson (Room), Cate Blanchett (Carol), Alicia Vikander (The Danish Girl), Maggie Smith (The Lady in the Van), and Saoirse Ronan (Brooklyn). While I would love to see Smith triumph - just like she did at the Evening Standard British Film earlier this week - but I think Bafta will go with Brie Larson for her breakthrough performance in Room.

The supporting categories could bring some British success as I am tipping Idris Elba and Kate Winslet to win for their stunning performances in Beasts of No Nation and Steve Jobs.

Elba may have been snubbed at the Oscars, but he won at the Screen Actors Guild Awards and it would be great to see a British awards ceremony recognise his work. Winslet already has Golden Globe under her belt this awards season but faces tough competition tonight from Alicia Vikander (Ex Machina), Jennifer Jason Leigh (The Hateful Eight), Julie Walters (Brooklyn), and Rooney Mara (Carol). It could be Alicia Vikander that proves to be the biggest challenger to Winslet.

Alejandro González Iñárritu lost out on the Best Director award twelve months ago to Richard Linklater for Boyhood, I feel that he may get his hands on the statuette tonight for his work on The Revenant.

I have already tipped Ex Machina for one gong tonight, but I hope that Alex Garland also triumphs in the Best British Debut as this marked his first feature film. Garland is best known for writing scripts for Dredd and 28 Days Later and he made a terrific transition to the director's chair last year.

Best Documentary and Best Animated Feature look pretty certain as I don't expect anything to challenge Amy or Inside Out.

The EE Rising Star is the only award that is voted for by the public and John Boyega, Taron Egerton, Bel Powley, Dakota Johnson, and Brie Larson have all been nominated.

I expect a British win and I really do think it is between Boyega and Egerton - both of whom enjoyed their breakthrough year in 2015 with Star Wars: The Force Awakens and Kingsman: The Secret Service. However, I think the Stars Wars actor may triumph.

The Bafta winners will be announced later today.