Film of the Week: Jurassic Park

Jurassic Park is a classic everyone knows and loves, with Steven Spielberg as director and with one of the most incredible, timeless and well-known theme tunes in cinematic history. It’s a film that is astounding each and every time you watch it; impossible not to love it despite it now being decades old.

John Hammond (Richard Attenborough) has had the idea for a theme park to open on an island he has bought – the attraction? Dinosaurs. Hammond has found a way to bring dinosaurs back to life and wants to find the perfect people to endorse his park – enter Ellie Sattler (Laura Dern) and Alan Grant (Sam Neill). Sattler and Grant are palaeontologists who want to upscale their dig sites – Hammond finds them and offers to fund their digs... if they come to his theme park. There they will see the amazing things Dr. Hammond and his science team have created, and spark the iconic line ‘We have a T-Rex!’

Once they are familiar with how the dinosaurs are created, and have met Dr. Ian Malcolm (Jeff Goldblum), they begin a tour in the cars Hammond programmed to follow one track. Near the T-Rex paddock however, things become worrying as the iconic scene with the water cup shaking comes into focus, and everyone must fight to stay alive...

The majesty of this 90s classic is still astounding today, with CGI used brilliantly, but in small doses. Instead of those special effects, huge animatronics were built to give the illusion of a real, live dinosaur. An exoskeleton of the T-Rex we see in the scene where it escapes from its paddock, was covered with ‘skin’ so the dinosaur looked as real as possible – its movements and even the way its tiny eyes look when its watching the characters at close range is phenomenal for a film from 1993.

The idea of a theme park filled with dinosaurs goes from perhaps ridiculous to absolutely mesmerising as the T-Rex chases the cars around the park. The way each character works together and bounces off each-other is also just wonderful to watch, with worry met by sarcasm and ill-timed humour. This is a cast that was chosen extremely well.

Not only is the cinematography and creation of sets and beasts absolutely mind-bending, the score for this film is perhaps one of the best the world has ever seen. What makes a film even more amazing and what helps films stay on everyone’s minds is the theme. The theme for Jurassic Park (composed by John Williams) is incredible, with it having two or three variations of the same remarkable sound – each time you hear it you just know what film its from and it has such a powerful sound that just makes this movie even more exceptional.

So, if you're looking for a movie to watch this week, you can't go wrong with Jurassic Park! 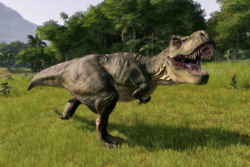 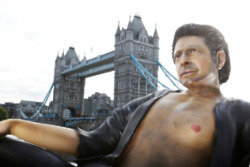 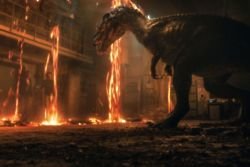