These films come from a multitude of different genres, but all have one overriding message; it's OK to be different.

To celebrate the release of Freak Show in cinemas and on demand now, we’ve compiled a list of some of the best movies about fitting in – or not – in school. Whatever the genre, these films have all made a huge impression on audiences across the globe…

Directed by Trudie Styler and starring Alex Lawther, Freak Show follows Billy Bloom, a flamboyant and slightly eccentric student, as he moves to an ultra-conservative high school in the American South. Billy suffers persecution and intolerance from many of his peers who reject the identity he chooses to express. Deciding to fight back against the Evangelical ‘mean girls’ and his unaccepting classmates on behalf of all of the ‘freaks’, Billy decides to run for Homecoming Queen.

This iconic horror film directed by Brian De Palma and based on the novel by Stephen King depicts the struggle of shy teenager Carrie, as she does her best to cope with being an outcast at school, having an extremely religious mother, and having telekinetic powers. Just when popularity seems to be coming her way, her peers humiliate her at her senior prom, with devastating consequences.

Unwanted and unloved, Matilda wants nothing more than a real home. Faced with awful parents and a principal with no principles, Matilda must find a way to not only save herself, but also her school from the evil Mrs. Trunchbull. It’s a good job she’s super smart and has super powers. Starring and directed by Danny DeVito, Matilda shows that even the littlest of people can have the greatest of effects on the people around them.

Mia Thermopolis is a 16-year-old high schooler; she’s not cool, she’s not a nerd, she’s just invisible, and happens to be the heir to the throne of Genovia! Having wanted nothing more than to be popular and be seen by her peers, Mia struggles with her shifting place in the social network of her school and new political role. With everything changing around her, is it possible to remain the same?

This worldwide sensation, while being full of catchy songs, also tackled the issues of being true to yourself while also trying to fit into your clique. When high school jock Troy and nerd Gabriella meet at a karaoke bar on New Year’s Eve, sparks fly as the pair find a mutual love of music. However, when Gabriella shows up at Troy’s school, the latter struggles to hide his feelings for Gabriella while also trying to maintain his jock image.

Ellen Page steals the show in this Oscar-winning film. When 16-year-old Juno becomes pregnant and decides to keep the baby, she struggles with the overwhelming responsibilities placed on her shoulders, all while attending high school and dealing with a dysfunctional family.

Simon Spier has a pretty comfortable school life; he’s got amazing friends, he’s got a family that he actually likes, everything’s great, but he’s keeping one big secret to himself – he’s gay. Things get complicated when an anonymous student comes out, prompting Simon to begin communicating via email with him. But, when those emails get leaked, Simon must face everyone, including himself, and come to terms with who he really is. 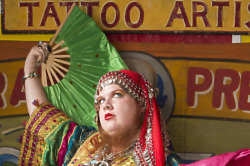 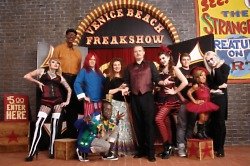