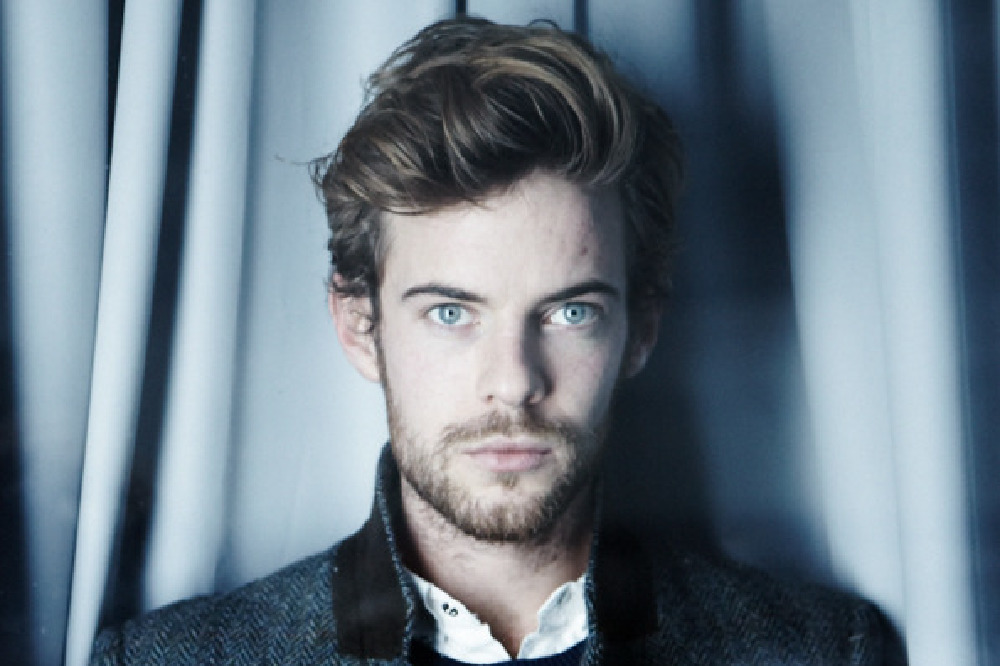 Harry Treadaway has had a terrific 2014, with success on both the big and small screen as he continues to show his versatility as an actor.

After TV series Penny Dreadful was a big hit, the actor is back on the big screen this weekend with new film Honeymoon: a horror film that sees him team up with actress Rose Leslie for the first time.

We caught up with the actor to chat about Honeymoon, what drew him to the project, and working with Leslie and first time feature filmmaker Leigh Janiak.

- Honeymoon has hit the big screen this weekend, so can you tell me a bit about the film?

Honeymoon is a film about a young couple from New York, called Paul and Bea, and they go on their honeymoon to Canada, to stay in Bea’s grandmother’s cabin. It starts as this ideal and romantic relationship, which, from the writing and the script, was something that I was really drawn to.

It was a relationship that felt real and it felt like they had their own details and it felt like thy had a history. It really did feel real, and not this cliché romantic couple. They go away, they have this beautiful couple of days by the lake, and everything is going wonderfully.

Then one night something happens, and that event starts a domino effect of moments within their relationship that starts to completely unravel the trust and the love that they have for each other.

The film really does ask the question, ’how well to we really know the person that we love and live with? And what happens if that person becomes slightly different? How would we react?’ Anyone who is in a long-term relationship can probably relate on a micro-level to the theme that on some days you just think ‘is there something different with that person?’

More often than not, everything is fine and you move on, but sometimes it does shift. This really is a horrifying and terrifying version of that. I was really drawn to the intimate relationship story that then gets turned.

When I was reading this for the first time, the twist towards the end really did take the rug out from under my feet. I thought that if we could get close to that when we made it, it would be a fun film to watch (laughs).

- I was actually going to ask you what the appeal of the character of Paul and the script was? As you say, this is as much a love story as it is a horror film.

You thoughts constantly shift on what is going on between the two of them; I thought that was really exciting and fertile territory. I also thought that it was very real as well. It felt real about how he would react of someone starts to become completely different.

- Leigh Janiak is in the director's chair for the film, so how did you find working with her first the first time? This is her directorial debut.

She was wonderful she was amazing. This is her first feature but she had an incredibly strong vision for the film; she was all over it in terms of planning and shots. She really didn’t feel like a first time director.

Leigh, Rose and I really developed a strong triangle, because it was pretty much us for the shoot. We spoke in-depth about the character’s history, who they were, their first date, first arguments, and the holidays that we went on. We felt that the more that we made them believable and grounded as a couple in the first half of the film, the more pronounced and scary the second half would be.

She was great and really wonderful to work with. We had twenty-four days to shoot the film, so it was quick. We also had a great crew in North Carolina and we all worked our arse off for four weeks. It really was great experience and there was a great vibe on set.

- You shot the film just four weeks how challenging a process was that for you as an actor? How much do you enjoy that fast pace?

It is good I like it. There is not too much time sat around waiting. Let’s face it we are actors and we want to be working, so it is more fun to be playing a scene than it is to be sat in a trailer.

Yes, on a very short production schedule you can think ‘I would love another couple of days’ but I think that it did suit this film perfectly; to not have that much time really did keep the energy levels up and it kept the atmosphere of what we were creating up.

Especially because there was only one other member of the cast, we were on then we were off and it felt like a good thing that we didn’t have too much time waiting around.

- As you say, the majority of the film is just you and Rose Leslie and shot in one location - which is quite unusual. So how did you find the filming experience?

I felt that was going to be a really great challenge, and it was. That is seconded by the fact that I was working with Rose, who is just extraordinary, wonderful, and brilliant human being; as well as being a great actress. I couldn’t have asked for a better person to go on a more horrific journey with (laughs).

-  Rose Leslie takes on the role of Bea, so how did you find working with her? The relationship between the pair of you - particularly at the beginning of the film - is so touching and genuine.

That’s good to hear. We were lucky as we connected as people and as actors. We spoke a lot about their past history, how they met, their aspirations, their fears, their dreams, as well as their little quirks and quibbles; we spent as much time as we could doing that before and during the shoot.

We wanted to try to make them feel as real possible. What I felt was the strength of the script, was that was in the writing as well; the way they talk and the things they talk about, it doesn’t feel like a couple in love in a movie, it felt real. We felt that we had to bring that out in the playing of that as well. We just really focused on that really (laughs).

- This movie had its premiere at South by Southwest and it has been getting some really good reviews, but how have you personally found responses to the film?

I took a bunch of my friends to the premiere in LA a couple of weeks ago, and they were all totally freaked out and surprised by it (laughs). So far so good. It is coming out this weekend in the UK, so I await to see which of my friends I can scare (laugh).

- 2014 has been a year that has seen you juggle TV and film roles, so how do you find the two mediums compare? You do move back and forward quite a lot.

To be honest, the work is the work and the medium can be TV, film, or a series. I love it, I love working in different ways; I like small independent films, big studio movies, and television series as they all bring different challenges and different joys.

Working on Penny Dreadful was an incredible step back in time: it really was a wonderfully drawn vision of Victorian London by John Logan. Te character is such a layered, complex, punk, rock and roll, genius doctor from the Victorian era.

He is just so many things that it is brilliant getting the chance to play Doctor Frankenstein. It has been an absolute pleasure working with the other actors and the crew and it has been a privilege to be part of the production.

- Penny Dreadful has been one of the big television successes of this year; you must be thrilled with the way that has been received?

I think it is lovely to be part of something that people enjoy, feel that they relate to and gets under their skin in some way. It definitely feels exciting to have made the first series and it is even more exciting to be one to the next one and carrying on their stories.

I wish I could say something, but I am sworn to total secrecy. It is constantly surprising, terrifying, human, real, and unreal. That is really all I can say (laughs).

I am shooting the second of Penny Dreadful at the moment, so that is very much the focus at the moment. That will take me up to March, and then I will be looking for employment (laughs).

Honeymoon is out now.

10 Reasons to honeymoon in Florida