Simon Pegg and Nick Frost are the dynamic duo once again in this cop comedy!

Hot Fuzz has been a fan-favourite since its release in 2007; with the pairing of Simon Pegg and Nick Frost, the film is a laugh-a-minute masterpiece. 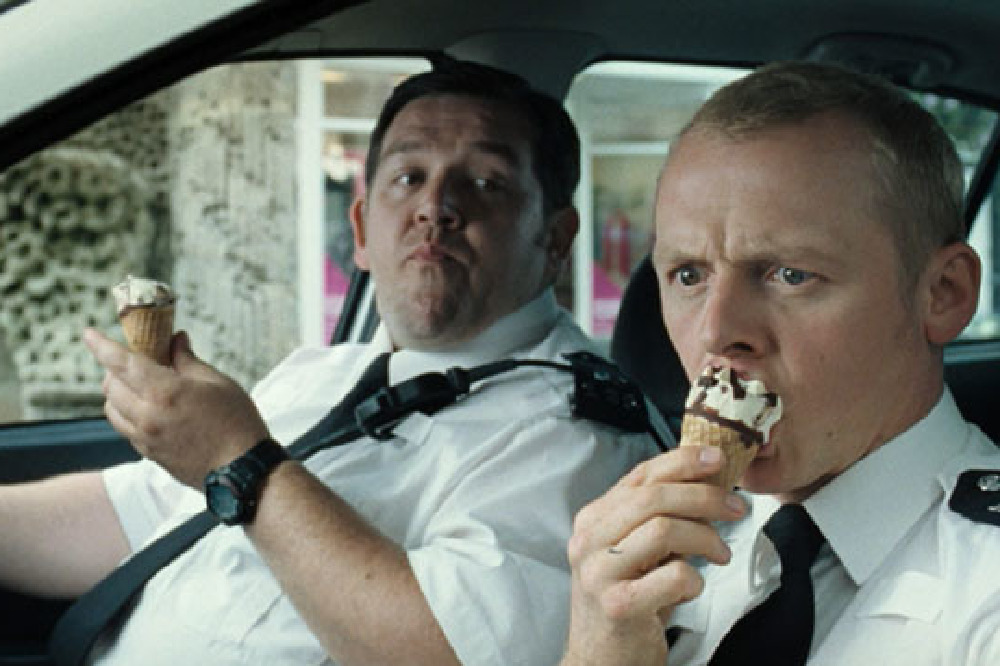 The cornetto trilogy is a brilliant collection of Pegg and Frost-fronted movies; the trilogy consists of Hot Fuzz of course, along with Shaun of the Dead (2004) and The World’s End (2013). Each movie has what makes it funny, but at the heart of all these laughs and jokes, are the team of Pegg, Frost, and director Edgar Wright.

The trilogy of course has its connections, such as using the same group of actors, which makes the films recognisable as a set. However, the story of Nicholas Angel (Pegg), a cop who has been forced to move to Sanford because he makes all the other cops in the London police force “look bad”, is such an original script and works so well, especially due to how well Nicholas and his new partner Danny (Frost) bounce off each other.

While Nicholas is a stickler for the rules and has no idea how to have fun, Danny is a cop who lets fun seep into everything he does; until Nicholas turns up and tries to get him and all the other cops in the small village to do their jobs better. Everyone thinks the new cop on the block is simply nervous as London is a criminal hot-spot, so they assume him mad when he brings words like ‘murder’ into a seemingly quiet place.

Nicholas is struggling to say the least, as he is the best of the best and knows full well something isn’t right with this supposedly perfect village. As he relentlessly tries to figure out what plagues Sanford, Danny is also trying his best to understand but he, just like the other officers, believe the recent deaths to all be accidents.

Despite arresting what seems like every young person in the village before he even begins his new job, Nicholas is already unliked by the other officers; his corrections of everyone’s grammar and official legal language isn’t helping either.

Wright has done a phenomenal job with this movie as it is arguably the best out of the trilogy; Nicholas’ frustration comes about from the idiocy of the other cops, among other things, and the comedy is brought out every time he gets angry.

The perfectly-timed and written jokes also lend a perfect hand to the overall vibe of this film; as no one believes our main character, it leads to some hilarious exchanges between him and other members of the police force.

Frost plays Danny perfectly, as the dim-witted cop tries hard to impress Nicholas, but his lack of intelligence regarding police matters and his vulgar language suggest that he may not be much use.

Pegg of course plays his character brilliantly; an odd one out as he is clearly better at his job, but no one wants to give him the time of day as, just as the London officers said, he’s showing them up. Despite this, Nicholas pushes himself in everything he does and is astounded when no one in the Sanford police really cares about anything and sit around eating cake and ice cream. Contrasting characters will never not be funny, and our main two characters are the perfect example of this.

The challenges Nicholas faces would be nothing without Simon Skinner (Timothy Dalton), however. He is always on Nicholas’ mind but since no one really cares about the law in this village, his unnerving behaviour often goes unnoticed… that is until Nicholas turns up.

This film simply oozes comedy, whether it be due to an improvised line or a running gag throughout; Hot Fuzz is the epitome of British comedy. The way the characters gel together in such a way that makes even the simplest line gold, the innuendos, and the one-liners or Danny’s naivety when it comes to being friends with Nicholas are all just so well-placed and well written.

Hot Fuzz is the perfect comedy movie; a smart plot, hilarious characters, and a director who has defined this genre in such a brilliant way. The second entry in the cornetto trilogy is arguably the best of the three.

Ceck out the trailer for Hot Fuzz below!

RELATED: Shaun of the Dead revisited: Why this timeless comedy classic is still brilliant today

Shaun of the Dead (2004) is a classic, we think you can agree with us there! Simon Pegg and Nick Frost are perhaps the best comedy duo on Earth, if this movie, and countless others such as Paul (2011) and Hot Fuzz (2007), are anything to go by... 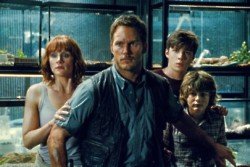 Jurassic World revisited: The movie that brought dinosaurs a lot closer to home