Leonardo DiCaprio is one of Hollywood's biggest stars and most talented actors and it is hard to believe that he has never got his hands on an Oscar... it looks like that will change at the weekend. 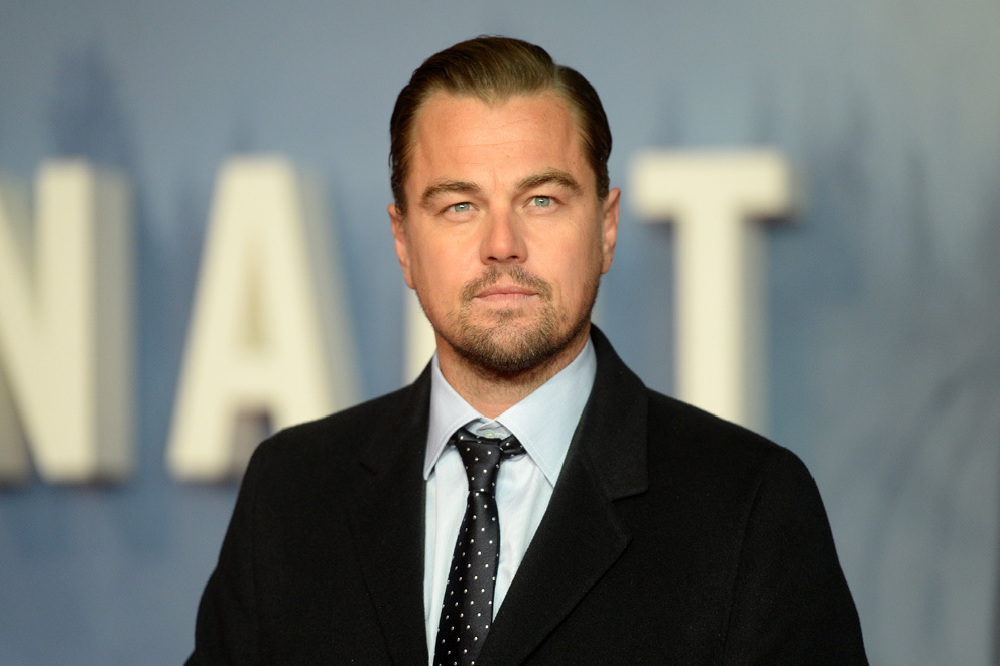 DiCaprio is in the Best Actor Oscar race once again for his stunning central performance in The Revenant, which sees him team up with filmmaker Alejandro G. Iñárritu for the first time.

DiCaprio has already won the Golden Globe, Bafta and Screen Actors Guild Award for his performance, and it really does look like it is finally going to be his Oscar year. Should DiCaprio fail to win on Sunday night, it would be one of the biggest Oscar shocks. I think it is pretty safe to say that he has the award in the bag.

We are big fans of Leo here at FemaleFirst and we take a look back at his Oscar history - he already has plenty of nominations under his belt.

It was back in 1993 and the 66th Academy Awards, the DiCaprio picked up his first Oscar nomination for his performance as Arnie Grape, the mentally handicapped younger brother of central character Gilbert.

The movie saw DiCaprio star alongside Johnny Depp and Lasse Hallström was in the director's chair for the big screen adaptation of the Peter Hedges novel - it was the author who adapted his own book into a script.

While DiCaprio was no stranger to the big screen when he starred in What's Eating Gilbert Grape, this was to be a major breakthrough role for the actor and helped put him on the map in Hollywood.

That year, DiCaprio was nominated alongside Tommy Lee Jones (The Fugitive), Ralph Fiennes (Schindler's List), John Malkovich (In the Line of Fire), and Pete Postlethwaite (In The Name of the Father).

This was the only Oscar nomination for What's Eating Gilbert Grape, but DiCaprio lost out to Tommy Lee Jones. This is the only Best Supporting Actor nomination of DiCaprio's career to date.

DiCaprio's collaboration with Martin Scorsese on Gangs of New York was change the course of his career - in a few short years, he went from big screen pin-up to Hollywood heavyweight.

The Aviator was their second film project together in 2004 - it hit UK cinema screens at the beginning of 2015 - and saw DiCaprio take on the real-life role of director and aviator Howard Hughes. Written by John Logan, the movie charted his career from the late 1920s to the mid-1940s.

For me, The Aviator remains one of DiCaprio's finest film performances and he was rewarded with his first Best Actor Oscar nomination of his career; the movie would pick up eleven nominations in total and win five.

DiCaprio would go on to win the Golden Globe and be nominated for a Screen Actors Guild Award and a Bafta; he was one of the favourites to win the Best Actor gong on the run up to the Oscar ceremony.

DiCaprio was nominated alongside Jamie Foxx (Ray), Don Cheadle (Hotel Rwanda), Johnny Depp (Finding Neverland), and Clint Eastwood (Million Dollar Baby). It was Foxx who went go on to triumph for his performance as Ray Charles.

Two years later, DiCaprio was in the mix again for his performance in thriller Blood Diamond, which saw the actor team up with filmmaker Edward Zwick; who was back in the director's chair for the first time since The Last Samurai.

Set during the Sierra Leone Civil War in 1996 - 2001, the movie follows Danny Archer (DiCaprio), a gunrunner who helps fisherman Solomon Vandy battle for the possession of an enormous pink diamond.

While the movie itself was met with mixed reviews, it was the performances from DiCaprio and Djimon Hounsou - who took on the role of Vandy - that were met with acclaim. They both went on to pick up Oscar nominations for Best Actor and Best Supporting Actor.

This was the second Best Actor nod of DiCaprio's career and, once again, he found himself in a tough category as Forest Whitaker (The Last King of Scotland), Ryan Gosling (Half Nelson), Peter O'Toole (Venus), and Will Smith (The Pursuit of Happyness) were also in the mix.

It was Whitaker that was to walk away with the Best Actor gong as DiCaprio was to miss out on Oscar glory once again.

DiCaprio would have to wait until the 86th Academy Awards in 2014 until he was nominated again for his performance in The Wolf of Wall Street.

The Wolf of Wall Street saw DiCaprio reunite with Scorsese in what was their first film together since Shutter Island in 2010. It was great to see them back and they delivered another terrific film.

DiCaprio took on the real-life role of Jordan Belfort, a wealthy stock-broker who becomes involved in crime and corruption. The movie is based on the memoir by Belfort and was adapted for the big screen by Terence Winter.

The Wolf Wall Street mix biopic with crime and comedy and was one of the best movies to hit the big screen in early 2014. The movie and DiCaprio's central performance were met with acclaim and went on to pick up five Oscar nominations, including Best Actor for DiCaprio and Best Feature Film.

DiCaprio is back in the Oscar mix this year and will go head to head with Bryan Cranston (Trumbo), Matt Damon (The Martian), Michael Fassbender (Steve Jobs), and Eddie Redmayne (The Danish Girl).

The Oscar winners will be revealed on Sunday 28th February.