Hugh Jackman is a big favourite here at FemaleFirst and he is set to return to the big screen this week as he teams up with Taron Egerton for Eddie the Eagle. 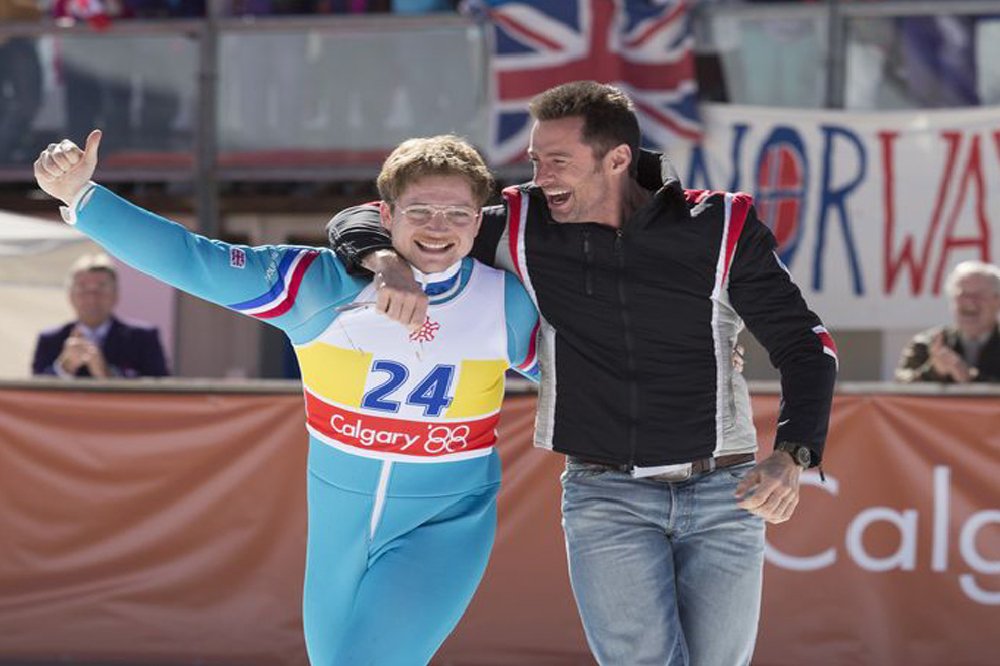 Hugh Jackman in Eddie the Eagle

Eddie the Eagle sees Jackman work with actor turned director Dexter Fletcher for the first time to tell the story of Eddie 'the Eagle' Edwards, the first man to represent Great Britain at ski jumping at the Winter Olympics. Jackman is set to take on the role of trainer Bronson Peary.

The movie is already winning over critics and audiences and is being called one of the feel-good films of 2016. To celebrate the release of the film, we take a look back at Jackman's career and some of his best big screen performances.

I have always loved Jackman as Wolverine and this is the role that made him a global superstar - it is sad that he is set to walk away from it after fifteen years.

We were introduced to Logan in X-Men back in 2000 and Jackman is the only actor to have appeared in all of the X-Men movies so far; his cameo in X-Men: First Class truly was a standout and hilarious moment.

At the beginning, Logan was a loner who had no memory of who he is or where he came from. Over the course of the X-Men movies, he has gained a better understanding of his past, where his mutation came from and has become a central part of Charles Xavier's X-Men.

We last saw him take on this role in X-Men: Days of Future Past back in 2014, where Logan was sent back into the past to change to try and save the future - meeting a young Charles Xavier and Magneto along the way.

Days of Future Past gave Jackman the chance to deliver a very different performance as Wolverine; he became the teacher for Charles to try and make him stand up and fight - so often those roles have been reversed.

Wolverine will be the role that Jackman will forever be remembered for as he found the perfect balance between ferocious fighter and a man who just wants to belong somewhere. He has been a constant figure in the X-Men universe and it is a role that sent Jackman's star rocketing.

We are going to see Jackman reprise the role one more time in a third standalone Wolverine film before he hangs up the claws for good. Whoever takes over this role really will have some huge shoes to fill.

Jackman picked up his first Best Actor Oscar nomination in 2013 for his performance as Jean Valjean in the big screen adaptation of smash-hit musical Les Misérables.

Les Misérables saw Jackman work with director Tom Hooper for the first time as he returned to the director's chair for his first feature since the success of The King's Speech. Jackman was joined on the cast list by Russell Crowe, Anne Hathaway, Eddie Redmayne, Helena Bonham Carter, and Sacha Baron Coen.

Les Misérables is one of my favourite stage shows and it translated well onto the big screen - for me, Jackman delivered the best performance and was the perfect choice for the central role of Jean Valjean.

It was a movie that really allowed Jackman to show off his singing talent and it was a role and a film where the actor seemed totally at home - I would love to see him take on the role of Valjean on the stage. The songs were sung live on set rather than in a studio and this allowed all the cast to capture the emotion of that moment.

The film allows the central character to undergo a physical, mental and aging transformation of this character as time passes - which is something that obviously cannot happen on the stage. You feel like you go on a real journey with this character like never before. Jackman delivers a haunting performance that is both powerful and yet incredibly moving.

Jackman picked up an Oscar, Golden Globe, Bafta and Screen Actors Guild nomination for his performance; he lost out on the Oscar to Daniel Day-Lewis for Lincoln.

Les Misérables was one of the must-see films of 2013 as Hooper brought everything that was special about the musical to the screen - whilst adding his own stamp to it.

When it comes to the best performances of Jackman's career, Prisoner really is up there with his best work. The movie was directed by Denis Villeneuve and saw Jackman take on the role of a father whose young daughter goes missing. Despite the police doing all they can - led by Jake Gyllenhaal's character - Keller Dover takes matters into his own hands.

For me, Prisoners was one of the best films of 2013 and Jackman delivered a performance that was just magnificent; a father who was willing to do whatever it took to find his missing child.

Jackman portrays a man that is heartbroken and scared at the disappearance of his child, frustrated at the lack of evidence that the police are finding and fuelled by an anger towards the man he believes to be guilty.

Through this central character of Dover, Prisoners asks some very moral questions about taking the law into your own hands. Driven by his fear and grief, Dover becomes something that he is not - at times it just chills you to the bone.

Prisoners is an emotional complex film and some of the decisions that Dover makes throughout the film really will leave you squirming in your seat - at times, it is a difficult watch. And yet, there is something raw, real, and human about Jackman's towering performance.

Gyllenhaal also gives a wonderful turn as Detective Loki, a man who is desperately trying to find a lost child, keep the child's father under control, while trying to cope with events of his past. Villeneuve must also be applauded for delivering an emotional and gut-wrenching movie with a wonderful twist.

Prisoners is not a movie that you would watch on a regular basis, but it is a film that you have to see if you are a big Jackman fan.

Other Hugh Jackman movies not to miss include The Prestige, Rise of the Guardians, Flushed Away and The Fountain.

Eddie the Eagle is out now.