Johnny Depp is set to return to the big screen this week as he reprises the role of the Mad Hatter in Alice Through the Looking Glass. 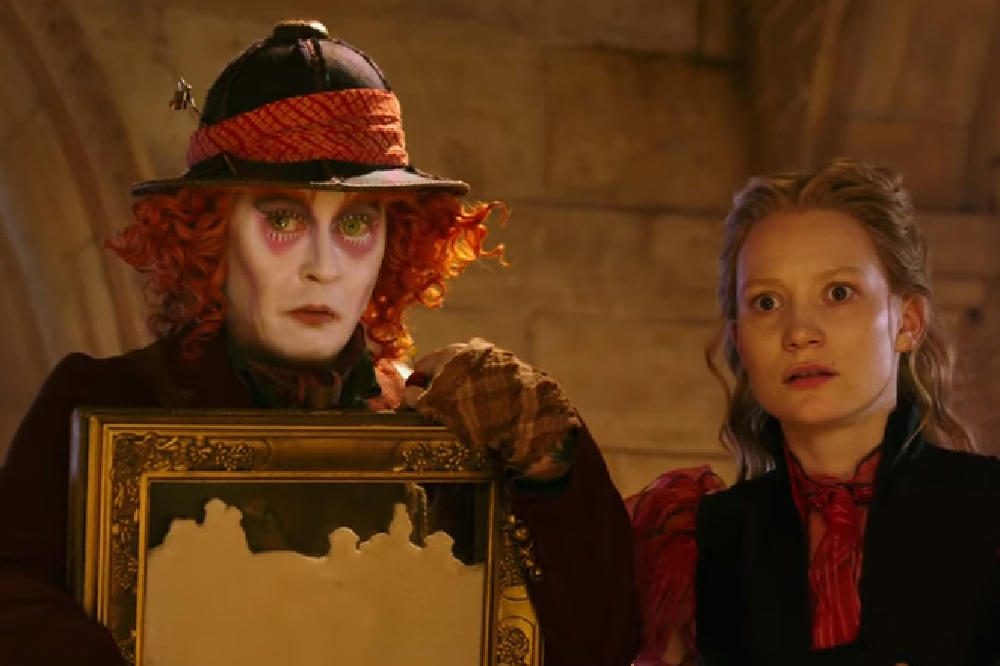 Johnny Depp in Alice Through The Looking Glass

We saw Depp take on this role for the first time back in 2010 in Alice in Wonderland and this time sees him team up with James Bobin, who has taken over the director's chair.

We take a look back over Depp's career and some of the best performances to date. Do you have a favourite?

Hard to believe, but it was back in the summer of 2003 when we saw Depp takes on the now iconic role of Captain Jack Sparrow for the first time in Pirates of the Caribbean: The Curse of the Black Pearl.

Over a decade on, and we have seen the actor star in three further movies and this role has become his most successful and his most famous.

While many of the movies have gone to be gross huge amounts of money at the box office, for me, The Curse of the Black Pearl remains the best film in the series.

Depp delivers a magnetic performance as the Captain Jack Sparrow, the down on his luck pirate who perhaps has more good in him than you would expect. I love his wit and humour and you are rooting for this character the moment that you meet him.

It is on Depp's shoulders that these movies rest and it is the popularity of this character that has made the Pirates of the Caribbean series the success that it has been.

Depp went on to pick up a Best Actor Oscar nomination for his performance in The Curse of the Black Pearl - losing out to Sean Penn for Mystic River.

So far, the Pirates of the Caribbean franchise has grossed over $3.7 billion and a fifth film is set to hit the big screen next year. The movie will see Joachim Ronning and Espen Sandberg take up the director's chair on the franchise for the first time.

In 2004, Depp returned to the big screen in Finding Neverland, which saw him take on the role of author J.M Barrie in a movie about how he came to write Peter Pan.

Finding Neverland saw Depp star alongside Kate Winslet, Julie Christie, Radha Mitchell, Dustin Hoffman, and Freddie Highmore while Marc Forster was in the director's chair. It was the first time that Depp had teamed up with the filmmaker.

Based on the play by Allan Knee, the movie follows Barrie's friendship with the Llewelyn Davies family - a widow and her four young sons - and how they came to inspire him to write Peter Pan.

Finding Neverland was one of my favourite film of 2004 and saw Depp deliver a fantastic dramatic performance and it was great to see him return to this genre of film.

This is a warm and heartfelt movie that is packed with humour and charm as well as heartbreak and sorrow. While it may not be entirely true, it is an engaging story from start to finish and Depp and Winslet have a wonderful chemistry - it is great to see them share the screen together.

Finding Neverland went on to be a critical and commercial success and Depp scooped his second consecutive Best Actor Oscar nomination - losing out this time to Jamie Foxx for Ray.

In total, Finding Neverland was nominated for seven Oscars, including Best Picture, and walked away with Best Original Score for Jan A.P. Kaczmarek.

Another Oscar-nominated performance came in 2008 when Depp turned his hand to the musical with Sweeney Todd: The Demon Barber of Fleet Street. The movie saw Depp take on the title role as he reunited with director Tim Burton.

Sweeney Todd was based on the Stephen Sondheim and Hugh Wheeler's Tony Award-winning 1979 musical and saw Depp show off his singing skills as well as his acting talents. Helena Bonham-Carter, Alan Rickman, Timothy Spall, and Sacha Baron Cohen were just some of the names that joined him on the cast list.

The movie follows Benjamin Barker aka Sweeney Todd as he set up a barber shop in London and starts killing his customers - who are based into pies by his accomplice Mrs Lovett.

Sweeney Todd is full of the gothic and macabre that Burton is well known for while Depp delivers a deliciously sinister performance in the central role.

I have to admit, I am not the biggest musical fan, but Sweeney Todd is a movie that really is a lot of fun. I love the world that Burton has created and I think that this character is just the most wonderful film for Depp. Once again, he shows how versatile an actor he is with this performance.

Sweeney Todd - Sweeney Todd: The Demon Barber of Fleet Street was a huge success upon release and went on to be nominated for three Oscars, including Best Actor for Depp. But, once again, there was no Oscar success for Depp as he lost out to Daniel Day Lewis for There Will Be Blood.

Depp may have had a career that has over thirty years, but Edward Scissorhands remains one of his best movies - not to mention one of my favourites.

Edward Scissorhands was released back in 1991 and marked his first collaboration with filmmaker Tim Burton - it was to be the start of a long and very successful actor/director partnership.

The movie follows Edward, a gentle man with scissors for hands who is welcomed into Peg Boggs' family after living in isolation. Here in his new suburban life, he falls in love with Peg's teenage daughter Kim. Winona Ryder, Dianne Wiest, and Anthony Michael Hall were also on the cast list.

Edward Scissorhands is a terrific gothic fable that is as great a watch today as it was when it was first released. The film is visually fantastic, but it is driven by a wonderful performance from Depp.

It is a touching and charming performance from the actor and it is he who really drives this film forward. I love the innocence and purity that he brings to this character; Edward Scissorhands really does capture your heart from the moment that you meet him.

Edward Scissorhands was to be the big breakthrough movie role for the actor as he started to move away from his heart-throb image. Depp went on to pick up a Golden Globe nomination for Best Performance by an actor in a Motion Picture - Comedy or Musical.

Alice Through The Looking Glass is released 27th May.

Tagged in Johnny Depp Pirates of the Caribbean Sweeney Todd: The Demon Barber Of Fleet Street