2015 is set to be another terrific year for the animation genre, with a whole host of films set to hit the big screen between now and December. 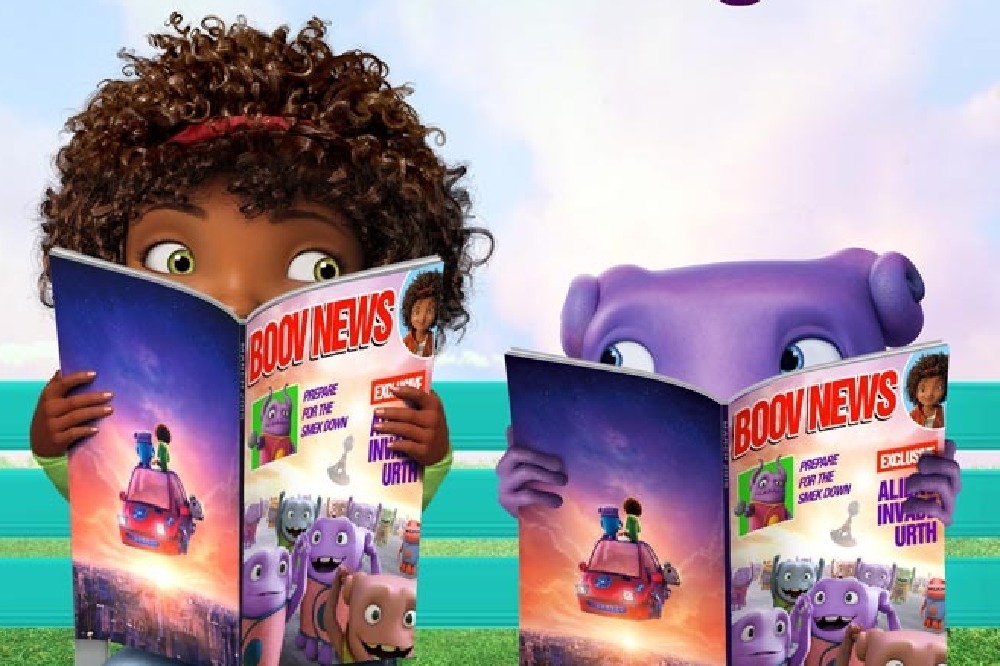 We have already seen Big Hero 6 enjoyed both critical and commercial success... and that looks set to continue as we go through the rest of the year.

We take a look at some of the animation films that are on the horizon and that you cannot miss if you are a major fan of this genre.

DreamWorks Animation has delivered some great movies over the years, The Croods and How To Train Your Dragon 2 being two of the most recent. This week they return with new alien adventure Home.

Home marks the return of Tim Johnson to the director's chair for his first film since Over the Hedge back in 2006. However, he is no stranger to the animation genre with Sinbad: Legend of the Seven Seas, and Antz also under his belt.

Jim Parsons and Rihanna team up to bring the central characters of Oh and Tip to life, while Jennifer Lopez and Steve Martin complete a terrific voice cast.

When Earth is taken over by the overly-confident Boov, an alien race in search of a new place to call home, all humans are promptly relocated, while all Boov get busy reorganizing the planet. But when one resourceful girl, Tip, (Rihanna) manages to avoid capture, she finds herself the accidental accomplice of a banished Boov named Oh (Parsons).The two fugitives realize there's a lot more at stake than intergalactic relations as they embark on the road trip of a lifetime.

Home is an action packed film that does contain some great message about friendship, acceptance, and tolerance. Home is a family friendly movie not to be missed this weekend.

- The Tale of the Princess Kaguya - released 20th March

I have been a huge fan of Studio Ghibli for many years and The Tale of the Princess Kaguya is the latest offering from them and director Isao Takahata.

Takahata has been behind Studio Ghibli movies such as Grave of the Fireflies and Pom Poko, but his is his first film for the studio since My Neighbour the Yamadas.

The Tale of the Princess Kaguya is based on the Japanese folklore take The Tale of the Bamboo Cutter, and sees Takahata team up with Riko Sakaguchi to adapt into a screenplay.

Found inside a shining stalk of bamboo by an old bamboo cutter and his wife, a tiny girl grows rapidly into an exquisite young lady. The mysterious young princess enthrals all who encounter her - but ultimately she must confront her fate, the punishment for her crime.

You will not see another animation movie like The Tale of the Princess Kaguya this year, and it is a film that has been winning over the critics left, right, and centre.

The movie has already been nominated for a Best Animated Feature Oscar and is set to be one of the real standout movies in this genre this year. Studio Ghibli deliver beautiful looking movies, while creating fantastic characters and telling great stories... it looks they are going to deliver all of that once again with this new project.

We were introduced to the Minions for the first time back in Despicable Me in 2010 before going on to win audiences over again three years later in Despicable Me 2... now they are back in their first solo film.

Despicable Me director Pierre Coffin has teamed up with Kyle Balda for the new film, which is set years before the Minions meet Gru.

The directors have brought together another terrific voice cast, as Sandra Bullock, Jon Hamm, Jennifer Saunders, and Coffin himself are all on board.

Starting as single-celled yellow organisms, Minions evolve through the ages, perpetually serving the most despicable of masters. After accidentally killing off so many of them - from T. Rex to Napoleon - the Minions find themselves without a master to serve and fall into a deep depression.But one Minion named Kevin has a plan, and he - alongside teenage rebel Stuart and lovable little Bob - ventures out into the world to find a new evil boss for his brethren to follow.

The trio embarks upon an adventure that ultimately leads them to their next potential master, Scarlet Overkill (Academy Award® winner Sandra Bullock), the world's first-ever female super-villain. They travel from frigid Antarctica to 1960s New York City, ending in mod London, where they must face their biggest challenge to date: saving all of Minion kind... from annihilation.

The minions have become some of the most popular animation film characters in recent years, and there is already a lot of excitement brewing around this film - I think it is going to be a big box office smash when it is released this summer.

You cannot have a movie year without a Pixar film hitting the big screen... and this summer we are going to be treated to Inside Out as Pete Docter is back at the helm.

Docter has already brought up Monsters Inc and Up - two of my favourite Pixar movies - and I am excited to see what he delivers with this latest project. And this could be one of their most adventurous films to date, as this film goes inside the mind of a young girl to explore her emotions.

Inside Out is the first Pixar movie since Monsters University back in 2013, and I can't wait to see the studio return. If you haven't seen the Inside Out trailer yet, then you should check it out as it promises to be a terrifically funny ride.

Growing up can be a bumpy road, and it's no exception for Riley, who is uprooted from her Midwest life when her father starts a new job in San Francisco. Like all of us, Riley is guided by her emotions - Joy (Poehler), Fear (Hader), Anger (Black), Disgust (Kaling) and Sadness (Smith).

The emotions live in Headquarters, the control centre inside Riley's mind, where they help advise her through everyday life. As Riley and her emotions struggle to adjust to a new life in San Francisco, turmoil ensues in Headquarters. Although Joy, Riley's main and most important emotion, tries to keep things positive, the emotions conflict on how best to navigate a new city, house and school.

Snoopy and Charlie Brown were made famous in a comic strip by Charles M. Schulz before coming to the small screen as a cartoon - I, and so many people like me, grew up watching this cartoon.

And now, Snoopy, Charlie Brown and co are coming to the big screen for the first time in The Peanuts Movie, which sees Steve Martino in the director's chair.

As a huge fan of this cartoon as a child, I can't wait to see how these characters translate onto the big screen - the early trailers really do have me excited and I am really looking forward to seeing the whole of the film.

Bill Melendez and Noah Schnapp are on board as Snoopy and Charlie Brown, while Mariel Sheets, Venus Schultheis, and Noah Johnston will also lend their voices to the cast list.

Charlie Brown, Snoopy, Lucy, Linus and the rest of the beloved "Peanuts" gang make their big-screen debut, like they've never been seen before, in state of the art 3D animation. Snoopy, the world's most lovable beagle - and flying ace - embarks upon his greatest mission as he takes to the skies to pursue his arch-nemesis The Red Baron, while his best pal, Charlie Brown, begins his own epic quest.

Sadly, we are going to have to wait until December before the film finally hits the big screen.

This will be the feature film directorial debut for Sohn, but his second project for Pixar having been behind short film Partly Cloudy in 2009.

This will be the sixteenth film from the studio and brings together a great cast, as John Lithgow, Frances McDormand, Neil Patrick Harris, Judy Greer, Bill Hader, and Lucas Neff have all lent their voices to the project.

While we have been treated to a couple of images from the film, we are yet to see the first full-length trailer for the movie.

After a traumatic event unsettles a lively Apatosaurus named Arlo, he sets out on a remarkable journey, gaining an unlikely companion along the way - a human boy.

Tagged in Home Inside Out The Good Dinosaur Minions 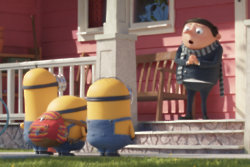 Minions: The Rise of Gru trailer: Check out the new images and teaser for upcoming prequel