Captain America is set to blast back onto the big screen this week as Chris Evans reprises the title role for the third solo film for this popular character. 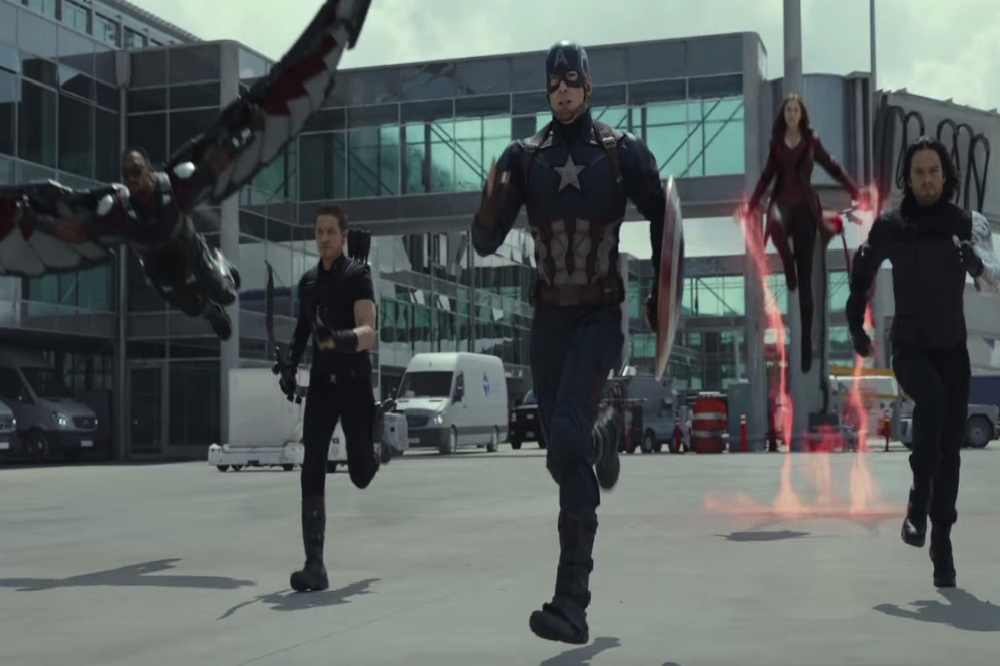 Captain America: Civil War is one of the most anticipated films of the year and will explore the much-loved Civil War storyline from the comics; which sees Captain America and Iron Man go head to head.

Civil War is the 2016 film that I am looking forward to the most and it looks like it is not going to disappoint. We take a look back at the Marvel movies so far and pick out some of Captain America's best moments.

There's no denying that the effects that were used to make Chris Evans look like a small and rather puny young man in The First Avenger were pretty impressive... but the action really started when he transformed into Captain America.

Chosen by Abraham Erskine, the scientist who has created the Super Soldier Serum. Steve Rogers was to be the first in an army designed to fight and defeat the Nazi enemy during the Second World War. Of course, things don't quite go to plan... they get one solider and not an army.

After saving the world from the Red Skull, Rogers sacrifices his own life and crashes the plane he is flying into the Artic - to prevent the detonation of the weapons.

Our hero wakes up in a 1940s style hospital... only to discover that things are not what they seemed. Rogers escapes and finds himself in modern-day New York City.

- 'Put on the Suit' - Avengers Assemble

It's fair to say that Steve Rogers and Tony Stark don't see eye to eye when they first meet at the beginning of Avengers Assemble. Rogers is the self-less hero who puts everyone and everything before himself, while Tony Stark is more self-centered and revels in the attention that Iron Man has brought.

The Avengers could be any less of a team in this scene as they learn that S.H.I.E.L.D. were going to us the Tesseract to build weapons. Captain America and Iron Man are heading for a showdown the helicarrier is attacked by Hawkeye and Loki's other possessed agents.

The two may have been at loggerheads in this scene, but this emergency sees them pull together and start to become a team.

Speaking of a team... this remains one of my favourite moments in all of the Marvel movies so far.

The Avengers have been anything but united so far but when the chips are down and New York is under threat, they come together to be the fighting force that Nick Fury knew they could be. It is a defining moment in the Marvel movies.

Even though we had seen Captain America in Avengers Assemble, it was Captain America: The Winter Solider that really explored how Rogers was coping with the modern world.

He is soon thrown back into action when Nick Fury is killed and made out to be a traitor. Rogers is next on the hit list and is attacked in an elevator at S.H.I.E.L.D. headquarters.

For me, this is one of the best fight scenes in the movie. I love how much was achieved in such a small space. From this moment, Rogers becomes a target and an enemy of the organisation he is supposed to work for.

Captain America and Black Widow may be fighting together at the beginning of Winter Solider - needless to say, he trusts her as far as he can throw her.

This is the moment they really become a team after he has saved her life in a S.H.I.E.L.D. attack. There is now an understanding between the pair and this is one of Marvel's most interesting relationships.

This is also an interesting scene because we learn a little more about Black Widow. She is a character that we are learning bits and pieces about as we go through the different Marvel films - this is one of those moments and you see that it is important to her that Steve trusts her.

Who is the Winter Solider is a question that we ask ourselves through a big chunk of the film.

During a highway battle involving Captain America, Black Widow & Falcon against the Winter Solider and his goons his face is revealed... and it is Steve's childhood friend Bucky. It seems that he did not die after a fall in The First Avenger and has been experimented on to become the first of HYDRA.

Steve comes to the realisation that his best friend his now his enemy.

Avengers: Age of Ultron kicked off with a great battle scene as the team set off to collect Loki's sceptre. They may have been fighting the enemy, but there is still time for the Cap to remind the others to watch their language.

Of course, this is a joke that runs throughout the film.

There are some great battle scenes in Avengers: Age of Ultron and one of the best is when Captain America faces off with Ultron in Seoul.

Ultron is trying to load himself into a body and Captain America, Black Widow, and Hawkeye set off in pursuit to stop him. Unfortunately, for Rogers, he does get thrown around quite a lot by the enemy.