The Ministry Of Sound - SOS

The Ministry Of Sound - SOS

The Ministry Of Sound is dance music’s most iconic institution. The South London venue has remained at the forefront of cutting-edge club culture for over 18 years, its underground roots always intact, informing everything else within the MOS community that spans recorded music, iPhone apps, worldwide events, and much more.

At the start of the Noughties clubs were heralded as the churches of the new millennium, fervent dancefloor evangelism aside, one decade in, and a Saturday night in Gaunt Street amongst MOS’s hallowed speaker stacks remains a unique experience. Only the best DJs – international stars and newcomers alike – grace the Box or the Bar, delivering their own nocturnal sermons to Ministry’s faithful crowd.

As 2010 hits, the club’s rude health will be bolstered with a new compilation series, ‘Ministry Of Sound Club present’, an episodic, musical capsule prescribed six times annually, showcasing the worldwide DJ talent that makes MOS a weekend highlight for so many. Much more than a mix cd, each album will contain a DJ mix on one disc, with the second containing exclusive productions and remixes from the artist involved.

First up to the plate are SOS, the home-grown trio whose quarterly night at the venue has grown to become one of the clubs most popular events, and a bash that inspires intense devotion from its 2000+ regulars. Arguably Britain’s premier house outfit, the rise and rise of Omid, Demi, and Desyn has been relentless, their productions, club gigs, and compilations all helping to establish them as a global tour de force. 2010 will see them approach supernova status as they tour the UK and the world, unleash a slew of productions and remixes, and develop their live show for the festival season.

Deep, uplifting, melodic, and at all times on point, SOS’s two discs brim with their charismatic swagger, their individual characters evident in each mix as they drop cheeky edits, splice spoken word vocals, and generally tear it up. CD 1 is the sound of the 3 DJs giving it their all across 28 tracks. Artists include: Silver City, Steve Angello, SOS, Matthew Bushwacka, Hardrive, Audio Soul Project, Blacksoul Project, and many more.

CD2 delves further into SOS’s first productions, highlighting their prowess as sonic craftsmen par excellence and setting out their statement of intent for 2010 and beyond.  Their originals such as ‘Changing Your Mind’, ‘Patient Release’ and ‘Best Things In Very Short Time’ sit neatly against individual works from Omid 16B such as ‘Can’t Deny The Three’, ‘Lilly & Poppy’, and ‘Same As You’. The edit of Latenta Project’s ‘Beach Combers’ is a further glimpse into the musical future of their label SexOnWax, as it prepares for its relaunch. These join prime selections from Renato Cohen, Darkpunk, Fred Falke, and more. 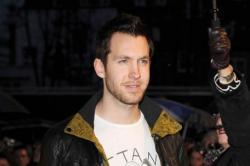 Stars Back Campaign to Save London Nightclub 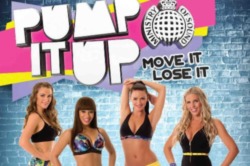 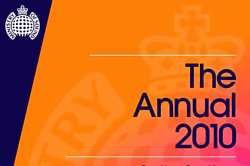