Michael Emmerson is not one to let a minor bump in the road stop him. After years of song writing and playing with bands, he finally decided to strike out on his own and self-produce a record.

Taking notes from artists like Damian Rice and The Fray, Michael’s been able to create a really personal record with his EP Back To You, made all the more individual by him having recorded and produced a lot of the album in his own home.

With his debut EP out now and an album on the way, we spoke to Michael and his band (Amy, Chris and Ally from left to right) about how the unusual way they came together, movie soundtracks and the positives to playing in a barn.

Michael’s debut EP Back To You is out now and make sure to catch Michael Emmerson’s cracking live set for us here and here. 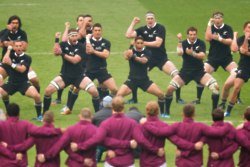