Ricky Wilson Discusses The War Of The Worlds Role

Ricky Wilson is best know for his exploits on stage with the Kaiser Chiefs but he is set to take to the stage for a very different project at the end of the year as he will tour with The War Of The Worlds.

Wilson is set to take on the role of the Artilleryman in the Jeff Wayne production and I caught up with him to talk about the show and what 2012 holds for the Kaiser Chiefs.

- You will be taking on the role of the Artilleryman in War of the Worlds at the end of the year so how did this come about?

Well I have already taken it on to be honest. It’s weird on because I went to Jeff Wayne’s house to talk about it and I did it and recorded it for the record, the album is coming out with Liam Neeson, myself and other people that I can’t tell you about.

During that he was like we do this arena show, I had heard about this from Whitey who had told me that it was amazing, and I was like ’if you are doing a tour and I had some time off I will come and do a couple of dates’ and then it worked out, weirdly, that it’s over next Christmas and the Kaiser Chiefs have nothing booked in the diary. So I was like ‘oh sod it’ lets just do it, it will be good fun.

It’s totally different to what I do in my day job because I go on stage with the Kaiser Chief’s at nine thirty and come off at eleven and everything in between is random and depends on the moment. But this is going to be literally hit your mark and it is just going to be so different.

I made a decision last year that I am going to start doing things that scare me because I have got far to comfortable in the Kaiser Chiefs, it is a great job but I want to be scared shitless again.

- Well that touches on my next question really this will be your first ever performance role so what was it that enticed you to take to the stage in this very different way?

It’s just the fact that it’s something different, I am thirty four it’s going to be one month out of my life so it’s not that much; it’s one song a night and a bit of speaking.

It just seemed like a laugh, I know that seems like a boring answer than you are doing something because it seems like a bit of fun but I have no ambitions to be an actor or in anyway go into musical theatre (laughs).

It just seemed like it would be good to do and I like Jeff, I like War of the Worlds, I like the story and the song is cool - I have nothing better to be doing around that time. To be honest I am fed up of sitting on the sofa and watching Murder She Wrote all day.

- For anyone who hasn't seen the show before, and it has toured for a while now, can you tell me a bit about the role that you are going to undertake.

I have never seen it. I heard the record when I was a kid and I went back to it when I was asked and listened to it again and I loved it. The role of the Artilleryman was originally played by David Essex and I hope that I have done it justice.

He is a mad optimist who believes that we can build a new life for ourselves under the aliens; it’s a weird thing to talk about. I am looking forward to it but I haven’t seen the costume yet.

-  Jeff Wayne will be conducting and I was reading that you grew up listening to his album - so how exciting is it to know that you are going to be working with him?

I didn’t so much grow up listening to it I was just aware of it, I was born in ‘78 and it came out in ‘78. It’s a massive thing as it has sold something like a hundred million copies and it is embedded into the musical history so it’s this massive thing.

When you get an email that is entitled War Of The Worlds and it asks you if you would like to meet Jeff Wayne at his house it’s one of those things that you can’t say no to.

- Away from the show the Kaiser Chiefs released their fourth studio album last year so are you going to heading back into the studio this year?

On Monday we got to America for six weeks then we come back and then we head to Australia for a few weeks and the summer is festivals.

After the festivals there might be something in the autumn and then it’s War of The Worlds so it is pretty booked up. I don’t see us going into the studio until next February but we did record so much on the last record that I think it will keep us ticking over.

- The Future Is Medieval was the first album since 2008 so how beneficial was that break for you personally and musically?

It’s funny the perception of going away because when we are not on tour or on telly or the radio it’s not like we cease to exist. I went on holiday for six months but after then we were writing and planning The Future is Medieval and the whole release that we did on the internet, we release twenty tracks on one day.

So we were planning that for most of the time that people perceive as being time off but we were working and it was hard work. But it was really great because there is nothing like hard work when it’s working at something that you really love doing - so we did enjoy it.

- The internet release was my next question really why did you decide to go down that path?

Contrary to popular belief we always kick against what we have last done and in a weird way we just don’t like repeating ourselves - we just wanted to do something different.

It was a real ball ache when the third album leaked a month before it due out and I just didn’t want our record to leak, it’s weird when you talk to management because they are really pleased if a record only leaks a week before it’s due out - that is a success.

And we were like ’what kind of world do we live in where that is a success?’ The day we want it to come out should be the first day that people get it so that was the first major problem.

The other problem was we needed something to motivate us, while being in a rock band is something that I have wanted to do since I was six I was getting to use to it; I knew what would happen, the way it worked, the interviews I would be doing, I knew what I would be saying and that I wouldn’t be saying what I meant but what I thought people wanted to say and I couldn’t be bothered with that.

So we wanted to do something that we had complete ownership of it and we were the first people to ever do it. It was really exciting because it was the first time that we had made a record where I was getting cars across town from the studio to advertising agencies to talk about the website before going to the head of Universal to ask for more money because it was costing more that we thought.

So I felt really in charge of it rather than it being some kind of rollercoaster where you are just writing songs and someone else is dealing with it - we had complete ownership of the last album.

- The album is set to be released in the U.S. next month so how have you found the response to the record so far?

So it’s ten months since we had the idea and there’s not point calling it The Future Is Medieval and having the same artwork because anyone who wanted it will have got it. So we recorded some new stuff and it is different to the album that came out in the UK and the artwork is different.

- Have you had any early response to the record so far?

What I have found, which is weird, a new song that we recorded called On The Run, which was recorded with Steven Street who made out first record, and it is our biggest hit in America since I Predict a Riot.

We are going there for six weeks but the tour was originally a lot shorter but because we have had some success with this song we are booked on, and I can’t say who, but some late night chat shows just to play this new single.

- The festival season is just around the corner so have you got any slots planned?

The thing is I am just a singer in the Kaiser Chiefs and if I knew when we had booked I would probably go insane - my girlfriend is constantly saying ‘can I look at your diary?’ And I was like ’I don’t want to look at my diary’. Some have been announced some haven’t I have not idea.

Again people think that you play two or three in the UK and that is your summer but we are probably going to be doing about thirty across Europe.

The summer is really good because you just work weekends really, you leave home on Thursday night and come back Monday morning and you three festivals a weekend for the entire summer and it is brilliant - it’s like going on a stag do every weekend all summer and I can’t recommend it highly enough. As to what has been announced I wouldn’t like to put my foot in it.

Tagged in Kaiser Chiefs The War Of The Worlds Ricky Wilson 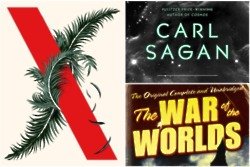 First Contact Day: Six books which focus on aliens, UFOs, and the unknown 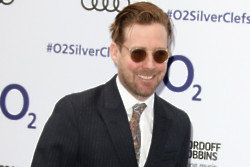 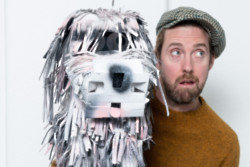