Amy Winehouse Gets Rap Makeover From Jay-z.... Rapper Shawn 'Jay-Z' Carter has reportedly given Amy Winehouse's song Rehab a hip-hop makeover to help the British soul star break into the mainstream American market.The Def Jam president is said to be a big fan of Winehouse's sultry vocals, and has remixed her single Rehab to make it appeal to a wider audience.A source says, "Jay-Z told Amy he had some great ideas and when he called her back a few weeks later, she couldn't believe it."Winehouse, who is nominated for the 2007 Ivor Novello songwriting awards, has already experienced some success in the US with her sophomore album Back To Black entering the Billboard charts at number seven earlier this year (07).More Amy Winehouse - Amy Winehouse's ex-boyfriend Alex Claire has blasted the singer for moving on so quickly, claiming her newfound happiness and engagement has driven him to take drugs.Claire, who broke up with the Rehab star in March (07), admits he was devastated to hear that Winehouse had gotten engaged to Blake Fielder-Civil, last week (ends22Apr07) - as he thought they were no longer an item.And he claims his split from Winehouse has left him poor and homeless.Writing on his MySpace page, Claire says, "After turning up at three in the morning at (London pub) The Hawley Arms, I saw the ex with her ex and I saw red mist.

"I was shaking like a leaf and decided to get... leathered while she sat there inebriated and on the lap of her ex.

"(I'm) skint, heartbroken and homeless - bad luck comes in threes as the old saying goes, but s**t, what's a man to do?" 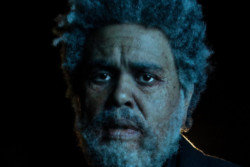 The Weeknd reveals Dawn FM is part of a trilogy 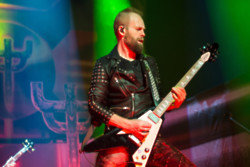 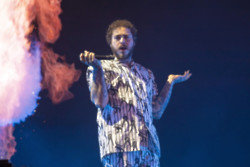