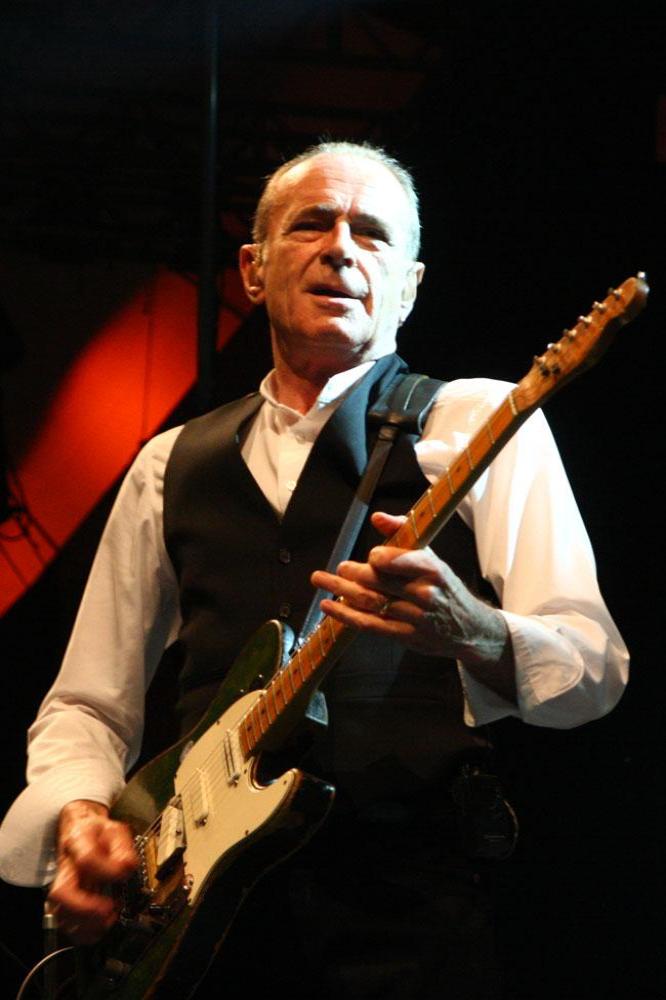 The 68-year-old guitarist spent several days in a coma after Status Quo's gig in Turkey in June, but his band mate Francis, 67, admits years of drug and alcohol abuse - which saw him spend £1,200 a week on cocaine - are to blame for his ill health.

He said: "We always said it, and he said it himself, it is the quid pro quo - it's the payback for being the wild person."

Meanwhile, frontman Francis admits that when he saw Rick laying clinically dead as he watched medical staff resuscitating him, he thought to himself that if it was him he wouldn't want to be brought back to life.

Recalling Rick laying cold out on the floor after collapsing backstage, Francis said: "I saw him lying there and what they were doing to him and I thought 'Oh sh**'.

"They were pumping his chest with so much effort his arms were flailing.

"I almost said, 'Oh leave him alone'. I wouldn't want people doing that to me. But it wasn't my call. It could be seen as one partner trying to bump the other partner off.

Despite being shook up from Rick's heart attack, Francis couldn't help but think about the rest of their tour as they couldn't afford to cancel.

He told the Daily Mirror newspaper: "When Rick fell over - that's what we always call it - we all went 'Oh f***, now what?'. We could never have cancelled.

"In the 70s you could cancel and just leave the venue. Whereas now the punter wants his money back, the hall want their money, the crew, the buses... everyone wants paying.

"And then the promoter would sue you for loss of earnings. We couldn't cancel - we can't afford to do that."

'Whatever You Want' hitmaker Rick previously admitted he is wary of ever returning to the stage at all.

He said: "I'm just aware of the nervousness I get before I go on stage. It does pump your heart slightly when you start to pace up and down the room, and you're about to go in front of thousands of people. Obviously it's going to have some effect on you. "

Rick's first heart attack was in 1997, after which he had a quadruple heart bypass. He had a further two in 2011 and 2014 prior to his fourth in June.