Maya Jama has challenged her boyfriend Stormzy to a Nando's sandwich stand off.

Maya Jama wants to have her own sandwich at Nando's called Mango Maya. 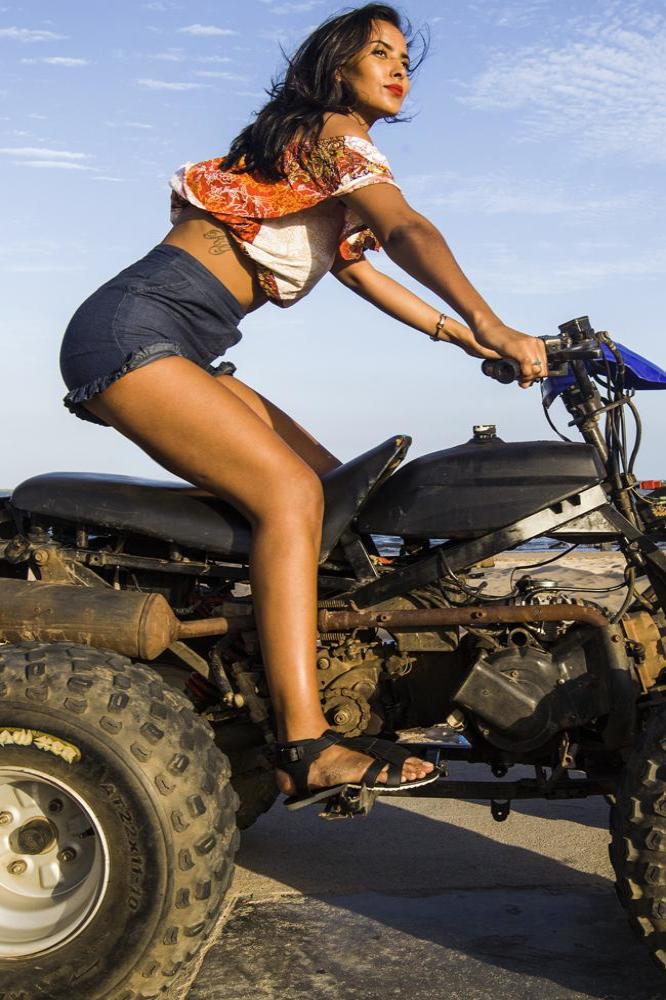 The 22-year-old beauty, who is dating grime superstar Stormzy, has told fans to forget the 'Shut Up'' rapper's Merky Burger and instead opt for her own recipe.

Speaking at the launch of the popular chicken restaurant's new series First Heat, she told the Daily Star newspaper: "Stormz had the garlic bread with halloumi on it so f*** that one. I'd do a mango and lime chicken with garlic bread on each side and I'd call it Mango Maya, I feel like it'd beat Stormzy."

Other guests dined on a feast of Nando's treats, including PERi Shots, Extra Hot wings, PERi Popcorn and PERi Chips before the exclusive film screening of This is PERi-PERi video series.

Stormzy - real name Michael Omari - is a massive Nando's fan and recently performed a set at Wiley's London gig where guests were served up 200 chicken wings, 60 chicken burgers and more backstage at Camden's Roundhouse in February.

A source told BANG Showbiz at the time that the 'Wearing My Rolex' hitmaker ordered 60 chicken burgers of varying spices, 200 wings, 20 veggie burgers, 60 corn on the cobs and 60 portions of halloumi cheese.

Stormzy performed 'Big For Your Boots' and 'Shut Up' and after the gig Wiley took to Twitter to thank the 23-year-old artist for joining him at the show.

He tweeted: "Big up @Stormzy1 Thank you my brother I was so happy to see you there. (sic)"