Eyes are at risk of cornea inflammation...

As the summer heatwave spreads across the UK, it’s important to keep your child protected and reduce their exposure to the harsh UV rays.

Despite the fact youngsters’ eyes are more vulnerable to damage from the sun than adults; parents are twice as likely to put sunscreen on their children, rather than make them wear sunglasses. When it comes to eye health most parents don’t realise 80% of a person’s lifetime exposure to harmful UV light happens before the age of 18 (according to the World Health Organisation) and physical differences make children’s eyes more susceptible to sun damage than adults.

New research outlines that nearly half (46%) of mums and dads will always apply sunscreen on a sunny day, compared with just 23% who make their kids put sunglasses on. Here’s way you should protect both your child’s eyes and skin this summer.

Sun rays can interfere with your child’s development

A child’s immune system and other vital functions are not fully developed at birth and as such they are more susceptible to harmful UV rays which could interfere with their normal development. Keeping children in the shade during the hottest point of the day is advised to reduce this risk.

Harmful UV radiation or long exposure to the summer rays can cause painful sunburn which is not only painful for children but can increase the risk of skin cancer and accelerates skin’s ageing according to the World Health Organisation. Applying a high SPF factor will help lower the risk of burning.

Eyes are at risk of cornea inflammation

Children’s pupils are larger than those of adults, meaning they let in more UV light. Excessive exposure could cause inflammations of the cornea and the conjunctiva in the eye which, in turn, could increase the risk of developing a cataract.

The sun can cause sore and painful eyes

Research, conducted by children’s eyewear brand monkey monkey, says 10% of parents don’t bother with kids’ glasses at all, even though nearly half (44%) of children have complained at about sore eyes after they’ve been in the sun.

Junior doctor Emily Macdonagh is supporting a campaign to protect children’s eyes from harmful UV light. She says: “I have two little ones aged four and one and they love playing outside when the weather’s good so it’s really important to me that I keep their eyes safe from the UV rays. With all the time they spend outdoors, it’s thought that kids have three times the exposure to damaging ultra violet light than adults so It’s crucial that when the suns out, kids get their sunnies on.” 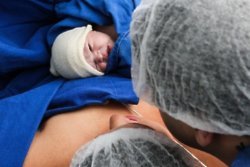 Parenting: Why gift cards are the ultimate present for newborns 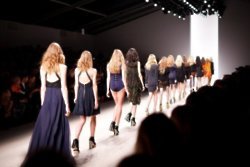 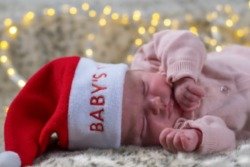