CBBC show ‘Marrying Mum and Dad’ returns for a third series this month and is hosted by the lovely Naomi Wilkinson. 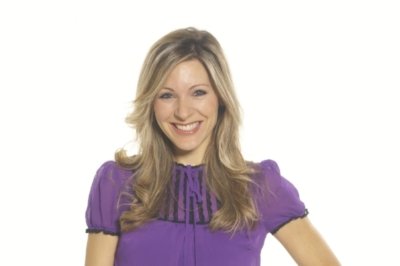 ‘Marrying Mum and Dad’ attempts to reflect modern Britain and aims to break down the conventions surrounding marriage as it invites children to plan their parents wedding days.

Traditionally, it is the parents of the bride who are responsible for planning their daughter’s big day but ‘Marrying Mum and Dad’ sees presenters Naomi Wilkinson and Ed Petrie support kids as they make all the big decisions about their parents' wedding day.

They choose the theme, venue, outfits and entertainment, and their parents can’t say no!

Naomi chats to Female First about the new CBBC show and how the kids get stuck into planning the big day for their mum and dad. 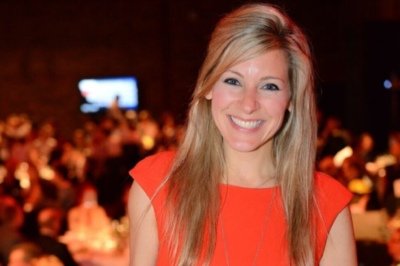 1. Hi Naomi, ‘Marrying Mum and Dad’ is returning for its third series this month. What can we expect?

Kids organising their parents’ weddings is always going to produce crazy ideas and make for entertaining television and I don’t think you will be disappointed with this new series. We managed to pull off our first ever wedding abroad, gave many parents some serious challenges to face - like getting a couple with no previous scuba training married underwater! - plus we revisit some families who took part in series 1&2.

2. The show aims to break down the conventions surrounding marriage. Should more weddings steer away from what is defined as a ‘typical wedding’?

In my opinion, so long as the vows are taken seriously and the feelings of close family members are respected and considered then I think the rest is up to the individual couple, to make their wedding as traditional or unusual as they like.

3. How involved are the children in planning the wedding?

Very, the whole programme is all about the children’s ideas. We are there purely to support them and to try and turn their dreams in to a reality. Sometimes the children have absolutely everything decided and know exactly what they want down to the very last detail. On other occasions they will know their theme and have tons of ideas but need a little assistance to make it all work. Perhaps we need to ensure the venue they pick will have space for the entertainment they have chosen, or that the brides and grooms will be able to perform the proposed activities in the outfits that the kids have picked out for them, or that the transport they would like to use can actually access their chosen venue.

4. Is it surprising to see how well the children plan and organise an event when they put their mind to it?

The children are incredible. A lot of the kids we work with have maybe had a hand in planning their own birthday party, but they have certainly never taken on anything of this scale before. The kids from every family have amazed me with the way they cope with the enormity of the task, organising such an important event and in such a short amount of time too (they only have a few weeks to sort out everything). But we have so much fun in the planning stages, the kids often get to try out the activities they have arranged for their parents and watching their faces as their seemingly impossible ideas actually happen is priceless!

5. What is the most memorable wedding from the last two series?

I’m afraid it is impossible to pick out just one wedding. When you theme up a wedding and all the guests arrive in costume and the days are so crammed with fantastic activities, every Marrying Mum & Dad wedding is memorable. From trying to hide a Circus Big Top tent; to a bride and groom stepping out of coffins in a haunted house to say their vows; to cheering with all the guests on a football pitch as one happy couple land by helicopter; to asking two dads to jump out of a plane before they can get married… just so many highlights that I am sure the families will never forget.

6. Did you know that this was the perfect show for you to present?

I absolutely love weddings and I love working alongside Ed Petrie, so I knew it was going to be a fantastic show to be a part of. But I think none of us had realised just how intense each wedding would be. When you consider that a lot of these couples have been together for 15-20 years, when the time comes for them to finally say their vows to one another the emotion of the occasion can be quite overwhelming and I always feel hugely privileged to be sharing the day with such wonderful (and brave) families.

The BBC corporation says that it wants to see parents who are cohabiting, those remarrying after divorce, and even homosexual couples taking part, to “reflect modern Britain”. 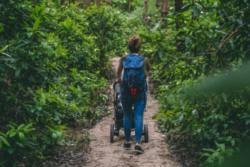 The mental health benefits of walking, particularly for new parents and post-natal wellbeing