Parenting News: The Perfect Christmas toy Could be a Cardboard box

Forget the X-box, racing cars and doll sets, the Xmas boxes are this year's hit dream toy for Christmas

The cardboard box could be the perfect Xmas present

Parents desperate to get their hands on the top toys for Christmas have been stunned to learn the best plaything for youngsters is the humble cardboard box – the play item that costs next to nothing, can aid their development and even comes free with pricey gifts.

Child development experts working on the new Ribena Plus Play Report compared children’s interaction on modern gadgets, traditional toys and ‘free play’ items, including boxes, to reveal over a third (36 per cent) of parents say their children were happiest playing make-believe games with basic props.

We all know that times are tough... Every parent can remember their child playing with a cardboard box and the hours of fun they had with it – and best of all, this fun costs next to nothing

By contrast, only a fifth preferred the latest pricey electronic gadgets such as tablet computers and games consoles. Just one in ten children opted for shop-bought toys while 12 per cent chose watching DVDs as their favourite play activity.

Top child development experts also agree that allowing children free play with ‘natural’ items such as boxes, wooden spoons and saucepans helps boost their cognitive and language skills, giving them an advantage over their peers.

Sally Goddard Blythe, a consultant in neuro-developmental education and author of The Genius of Natural Childhood, said: “To an adult it may be a cardboard box, but to a child it’s the world in miniature. It can be a spaceship, a sailing ship, a fast car or a den to hide in – or all of those things in under ten minutes.”

So the makers of Ribena Plus have launched the cardboard box – an everyday item that could also be the ultimate must-have Christmas toy. The limited-edition boxes come in three custom designs - dinosaur / boat, house / car and shop / rocket - specially created to help stimulate growing minds.

4,500 boxes are being distributed across the UK over the next month to families via Pickfords Removals – and are also available to parents on a limited basis via the Ribena Twitter channel - @RibenaUK.

The results of the in-depth Ribena Plus Play Report will surprise the toy industry which next week is due to release its annual ‘Dream Toys’ list, compiling manufacturers’ top 12 toy picks for Christmas. Last year the average price of a Dream Toy topped £50 for the first time, up 20 per cent in the last two years, despite the economic downturn. The most expensive item listed was a staggering £91.99 for a Lego set.

This year, early indications from the Toy Insider reveal that the most popular toy for Christmas 2012 will be the LeapPad2, a costly gadget of over £60. Also on the list is a Wii U Gamepad, setting cash-strapped parents back by at least £250. 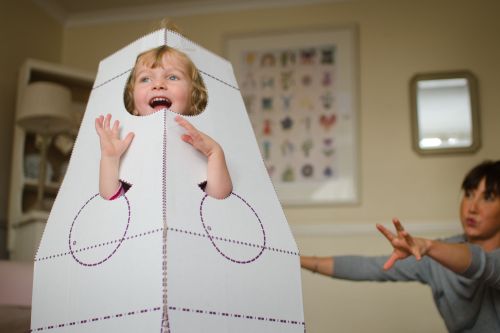 Additional research for the Ribena Play Plus Report shows a quarter of parents believe items on the Dream Toys list are too dear for most mums and dads, with a third complaining ‘must buy’ lists put extreme pressure on cash-strapped parents to buy the toys on the list with one in 14 reported being ‘begged’ by their child for the toys on the list.

Sally added: “The toy marketing industry has done a great job of persuading parents they need to part with their cash and keep buying new and ever more expensive toys and gadgets, but this just isn’t true. As the report proves, simple household goods which let youngsters imaginations fly free are the most rewarding toys of all and can actually benefit kids’ development in the long run."

The comprehensive study also revealed that parents are feeling increasingly pressured to pay out much more than they can afford on Christmas gifts for their kids. Almost half (46 per cent) plan to lavish £200 or more on each child, while one in ten expects to shell out over £500 and one in one hundred looking to spend over £2,000. Just one in 20 parents plans to spend under £50 on Christmas gifts.

But despite such frenzied Christmas spending, one in seven parents reported their children played for longer with the packaging than the actual toy. And more than one in six said children simply wanted to spend time playing with their family rather than their expensive gifts.

Verity Clifton, Brand Director at Ribena, said: “We all know that times are tough for families at the moment and the findings of the Ribena Plus Play Report will come as a relief to many who dread the cost of Christmas toys.

The boxes cost under 100th of the price of the average Dream Toy – but will ensure hours more play than the average child’s Christmas gift. “Every parent can remember their child playing with a cardboard box and the hours of fun they had with it – and best of all, this fun costs next to nothing. We’ve created lots of box templates for parents on our to spark everyone’s imaginations and get people playing without the pressure of high-cost toys,” Verity said.

The findings back up the Report’s play experts’ belief that cash-strapped parents should not feel guilty giving children more basic play items. Further insights from the study showed that 46 per cent of parents quizzed said their kids liked to play with items they find around the house like boxes and saucepans above any other toy, gadget or game.

Despite this, 18 per cent of parents still feel their kids are not indulging in enough free play while 43 per cent automatically tend to buy shop-bought toys and games instead of letting youngsters develop their creativity through free play.

Meanwhile currently a fifth of parents worry their child is not getting enough free play and movement to maintain their health while 13 per cent worry lack of free play is restricting their child’s imagination.

The templates for the cardboard box creations from Ribena are available for parents to download at www.ribena.co.uk/ribena-plus-play, along with more ideas on how to create low-cost play. 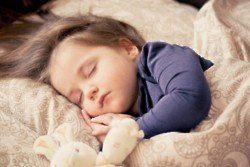 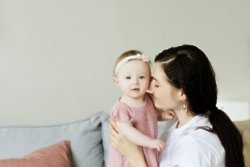