Seven reasons why all babies are comedians in the making

Their facial expressions are entertaining....

Babies are experts in making you laugh- often at the most inappropriate of times- here’s why they are their own little brand of comedy.

Their vomit knows no bounds- They don’t give you any indication that they are about to be sick- then when it exits- it can have the range of a small gun. It hits walls, furniture, you, them, the floor- it’s incredible where it lands. Even though it smells dreadful- you can’t help but giggle at their disgusting but clever talent for redecorating in such a short space of time.

Their poop has its own dictionary- Their poo changes so much- each day is its own surprise. How can so many different consistencies come out of something that only drinks milk? Who knows. And it reaches places that you never knew poo could- like under their armpits… how?! It stinks and it’s nasty but the satisfaction on their face when they do a really big one is nothing short of hilarious.

They have well timed burps- Just when you think that they are sufficiently winded- they look you right in the eye- often lovingly. You hope they are going to say their first word or smile at you- then they launch a smelly poof of regurgitated milk breath in your face. It makes you gag- but it also sends you into fits of laughter too. How do they do it?

They can fart for England- And they drop them when silence is preferable- like at funeral- or when you take their nappy off- like they’ve saved it just for you. They smell like nothing else on earth but you have to double up at their ability to hold it in for so long only to deliver the punchline at the perfect moment.

Their facial expressions are entertaining- The faces that they pull while they are pushing one out are side splitting- their concentration levels peak when they are making space for their next meal. In the first few days of their existence- you think that they are smiling at you but really, it’s just wind and you feel robbed of what you thought was a beautiful moment.

Their co-ordination skills are something to be desired- As they are getting to grips with moving their arms- you can guarantee they will punch you in the face, stick their finger up your nose and poke you in the eye- all of which hurt but you can’t get angry with them because it is funny in equal measure. They also give you the finger regularly, which is insulting yet impressive at the same time.

Their laughter is infectious- There is nothing more lovely that hearing a baby laugh- you can’t help but laugh along with them because it's such a natural response. They don’t need a stage, a microphone or a bunch of jokes- they just need to laugh, and everyone joins in. 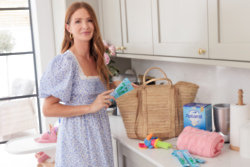 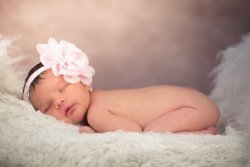 Numerology: Seven fun facts about babies born on the twenty eighth (28th) of the month 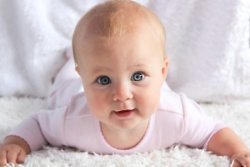 Numerology: Seven fun facts about babies born on the twenty seventh (27th) of the month