Seven reasons why all fathers should be feminists

Wherever you look around the world, women are being held back and subjected to gross inequality simply because of their sex. We want our daughters to be empowered, educated and confident to have a better life than we did, with more opportunities, and different attitudes towards equality. We are responsible now for the world they will inherit, which is why it is so important for fathers as well as mothers to understand gender equality and be the advocates for change starting in the home.

Feminism is a fight for gender parity, equality and freedom from oppression, all of which are fundamentals to a peaceful and equal society. I believe that it is vitally important for us as parents to enlighten our children of these values as they will go on to become the nucleus of the next generation. The principals we share today will form the key to tomorrow’s attitudes. We should teach our children to respect women and the core idea of gender equality – which ultimately and indirectly should see them grow to be a generation of feminists.

The key to this however lies in the hands of fathers, just as much as it does mothers. So why should all dads be feminists?

Reinforcement of Equal Rights – Equality begins at home, whether it is allocating chores or pocket money, treat your daughters and sons with equality. This could have a major impact on the children whilst they are young as they begin to think this is the norm having seen it from a young age. Children should grow up in an atmosphere where all chores and responsibilities are shared equally. This means making sure your son does not grow up feeling he is superior to women and is able to achieve more nor does your daughter grow up accepting gender stereotypes. By including all your kids equally in every kind of chore, you’ll be reinforcing equality.

Role Model – Model the behaviour you want to be seen repeated, you are a role model for your children, they absorb attitudes from a very young age. As actions speak louder than words, the way you behave towards the women around you will have a major impact on your children on how they view feminism and your daughter’s perceptions of herself. Children will see your attitude and actions towards women and pick up on it, by showing you value women’s contributions and give her respect to her personal choices you help your children value them too. It’s incredible how receptive children are to behaviours, even subconsciously.

Freedom – There is no doubt that every father loves his daughter just as much as he loves his son. This cannot and should not be disputed.

But in championing female rights, you are effectively providing your daughter with the freedom to be who they want. This is the greatest gift you could possibly give to a loved one.

Self Esteem – Feminist fatherhood is all about giving girls options and choices, when societal stereotypes try to take them away. Encourage your daughter to think outside the box, stand up for what she believes in and speak her mind. Build her confidence to express her opinions at school and she will generally become more confident throughout her life, even when they diverge from the norm.

Emotions – ‘’He hits you because he likes you’’, “It’s just boys being boys” – These are sentences no parent should ever use. Teach your daughter to value herself from an early age, if your daughter is feeling uncomfortable and afraid, do not brush this under the carpet. Ensure she understands this behaviour is not okay and is disrespectful and pervasive. If your son is hitting a girl, ensure he understands the words ‘stop’ and ‘no’. Teaching children these simple words will embed them with respect for themselves and others around them. A feminist dad should teach his son to be emotionally intelligent and his daughter to value her emotions.

Challenge Gender Stereotyping - It’s easy to have different expectations around behaviour from boys and girls. Having consistent expectations can make a great difference to your child’s self-image. You have to question what do you want your children to become; the best version of themselves or what the society expects from them? Is it okay for your son to be loud and rambunctious and your daughter is expected to be more quiet and ‘lady like’? These expectations can affect children’s behaviour and attitudes in the future. As the daughter may not be able to stand up for herself in certain situations that can occur later in her career or personal life because she feels obliged to stay silent and ‘behave like a lady’. We must teach our children to stand up for what they believe is right and have the courage to do so.

Respect – Respect starts at home. When men at home treat women like they’re equally worthy and valued as people with needs, feelings, intelligence, skills, and power, boys are much more likely to grow up to do the same.

With a finger pressed firmly on the pulse when it comes to female empowerment, rights and equality around the world, Paola Diana has established herself as a profound figurehead for defying all laws of gender supremacy. Through her endeavours in politics, authorship, business and education, she continues her strenuous efforts to delve into the sociological science behind male patriarchy – changing the world as we see it in the process.

Her formidable stature as a focal point for female empowerment has seen her emerge as a pillar for women all over the world, as a result of her endeavours to destroy all boundaries standing in their way. Whether it be writing a best-selling book, flying the flag for female entrepreneurs in business, or fighting for gender equality against the tide of oppression – there can be no denying that Paola is a force to be reckoned with.

As the Founder and Chairman of the Diana Group, which has been recognised in The Spear’s 500 2019 as one of London’s most influential service providers for high net worth individuals, Paola has also proven herself to be an extremely multifaceted success story. 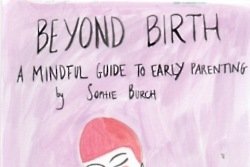 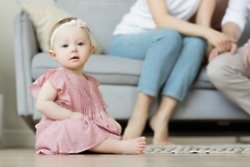 What does it mean to dream about a daughter?

Fatherhood is the best medicine according to new research