Something fishy about reading

Once upon a time there was a survey which explored the reading habits, education and lifestyle of the nation's children, and it revealed some curious conundrums. The poll of parents with children aged four to sixteen commissioned by the brain health experts at Equazen, manufacturers of the evidence-based omega supplements for all ages, found that a third worried about their child's reading ability.
Mums were more likely to fret about their child's reading skills, 39% compared to 36% of fathers, and there was a clear correlation between the parent's age and their anxiety levels. Parents aged 18 to 24 were the biggest worriers, with 57% saying they sometimes or always worried about their child's reading talent, compared to 39% of those aged 35 to 44.
Studies have shown that reading brings a host of academic and behavioural benefits, yet only a quarter (27%) of those with children young enough to enjoy a bedtime story said they read to their child every night. One in twelve parents said they never read a bedtime story and a third (33%) managed it no more than three times a week.
Mum and Parenting expert Lorraine Thomas, founder of the Parent Coaching Academy and an advisor to Equazen says "The findings by the Equazen poll are very worrying. Every day I talk to parents who are very concerned about their children's reading and want to be able to help them - but in busy family life finding the time can seem impossible."
"But it is worth making 'story time' a priority. You can't be 100% parent all of the time, but you can some of the time and spending just 10 minutes a day sharing stories with your son or daughter can have a significant impact - not only on their education but on their behaviour and emotional wellbeing. It's a very important time for you and your child to have fun together, to unwind and for them to talk about anything that is troubling them."
"Reading shows you care for your child, you connect with you child and can unlock confidence in your child. Having your sole attention helps them to feel valued and secure and this will nurture self-esteem. You may not be able to do it every day - but do it as often as you can."
So, if you are sitting comfortably, here are some of the other findings of the Equazen poll revealed. More than half the parents questioned (57%) said their child sometimes struggled to concentrate and two out of five (41%) thought diet affected their behaviour.
But there was also a large degree of denial. Just over a third (36%) thought their children had an adequate intake of omega-3, yet the National Diet and Nutrition Survey confirms that average consumption of oily fish, the richest source of omega-3, falls well below the recommended one portion (140g) per week across all age groups.
The Equazen study found omega-3 awareness was very patchy - one in five (21%) parents wrongly believed fruit and vegetables were rich in omega-3 and one in 12 named cooking oil as a good source.
Mum and nutritionist, Dr Emma Derbyshire says "What most of us don't realise is that a diet rich in the vital vitamins and minerals, including an omega-3 and 6 in the right ratio is imperative when it comes to children and teen diets. Science has found that the Equazen blend of omega-3 and 6 in the diet helps with behaviour, memory and as a result learning and reading.
They also help with sleep patterns according to researchers from Oxford University. They found children who had a diet rich in omega-3 and omega-6, like the Equazen range, slept for longer and woke up less in the night compared to those children who did not have a diet rich in omega-3 and omega-6. We all know that a good night's sleep helps with alertness, vital for being ready to learn and establishing good reading habits and that applies to parents too."
The Equazen survey also asked parents to name their children's favourite authors and there was a deadheat between JK Rowling and Julia Donaldson, whose titles include The Gruffalo, Room on the Broom and Tabby McTat. Classic fairytales and nursery-rhymes, Roald Dahl and David Walliams were also popular.
Fewer than a fifth of children (17%) are set reading homework at least five times a week and one in seven (13%) is never given reading homework and one in ten (11%) don't have access to a library near their home. This may be a reflection of the number of libraries which have closed due to budget cuts. The Library Campaign, a charity supporting local libraries, estimates that many as 1,000 will have closed between 2009 and 2016. This tallies with other estimates of around 6006 closures from 2011.
In summary, Dr Paul Stillman says "Every stage of a child's development is a new chapter, with new challenges and demands, but there is compelling evidence that having the right diet can make a huge difference at any age.
"However there is clear evidence from the National Diet and Nutrition Survey shows that most children are missing out on omega-3 rich oily fish and that should be of concern to all parents. There are lots of studies showing how omega-3 can benefit children with behavioural problems but I think on file there is also compelling evidence that it is important for all children."
"Oily fish is not to everyone's taste, and it can be particularly difficult to persuade children to eat strong-flavoured fish, like as mackerel and herring, so a high quality supplement such as Equazen seems to be a very sensible dietary support and insurance policy." 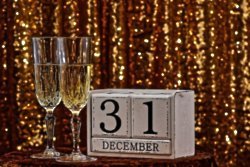