Princess Eugenie has urged other scoliosis sufferers to share their scars as part of International Scoliosis Awareness Day over the weekend.

Princess Eugenie has urged other scoliosis sufferers to share their scars. The 30-year-old royal - who is the daughter of Prince Andrew, the Duke of York, and Sarah, the Duchess of York - shared a photo of her back scar, which she got from the life-changing spinal surgery she had when she was just 12 years old for International Scoliosis Awareness Day on Sunday (28.06.20) and called for people to be "proud" of the surgical marks.

She wrote on Instagram: "Today is International Scoliosis Awareness Day. I just wanted to share my scar and encourage anyone out there who's gone through something similar to share theirs with me. Let's be proud of our scars! I'd love to repost any of your images on my stories so please tag me and I will share. #internationalscoliosisawarenessday. (sic)"

Eugenie previously revealed she deliberately chose a low-backed wedding gown because she wanted to show off her scar to send a positive messages to other sufferers of the condition, which causes a curvature of the spine.

Speaking about the dress she wore to her wedding to Jack Brooksbank in 2018, she said: "I had always wanted a low back - part of it was showing my scar and I believe scars tell a story about your past and your future, and it's a way of getting rid of a taboo.

"For me, it's a way of communicating with people who are going through either similar situations with scoliosis or having a scar of their own that they are trying to deal with ...

"We started getting a lot of letters from people who were happy that I had stood up and showed my scar, and people with scoliosis, letters from girls that are going through the same thing and I definitely was very touched by everyone's support."

Eugenie has previously thanked her older sister, Princess Beatrice, and hailed her as an inspiration who supported her when she underwent surgery.

She said: "As my big sister, you inspire me. I love that as a team we work hard to support each other, no matter what. When I was 12, I was diagnosed with, and treated for, scoliosis, and I have lived with two twelve inch metal rods in my back. It could have impacted my life and stopped me from doing the things I love. You encourage me not to get disheartened, not to give up, to live fearlessly." 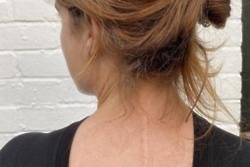 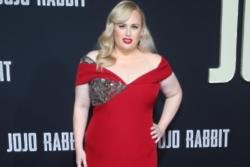