Critically-acclaimed series Vikings returns for its third season on HISTORY tonight, and we managed to catch some time with actor from the show Clive Standen, to chat all about where his character Rollo will be going from here. 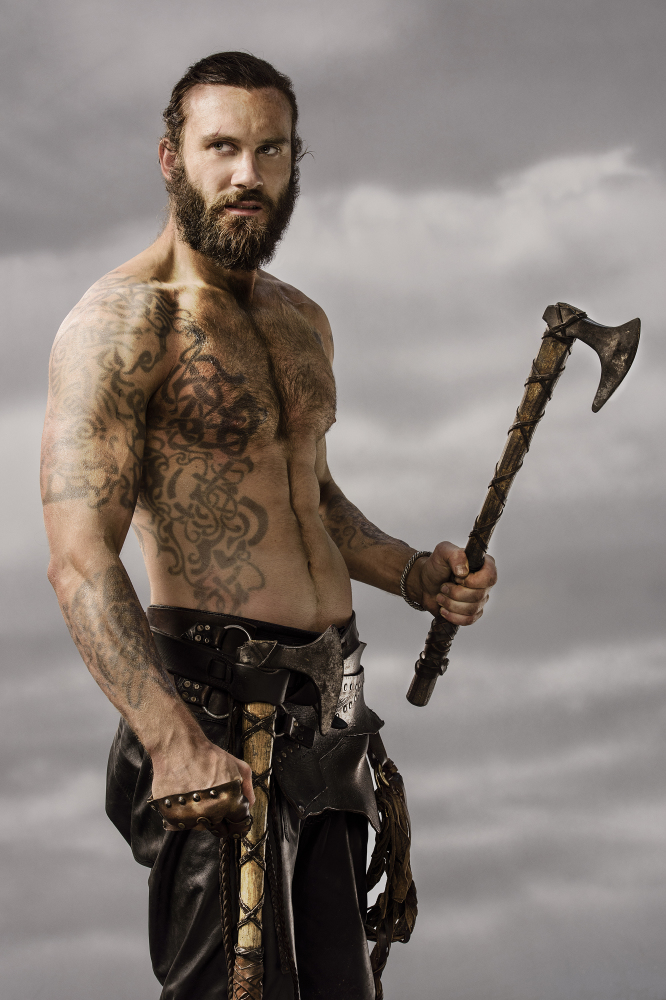 We also spoke about his new lead role in the Taken television series and much more - read on to find out what he had to say...

What should British Vikings viewers expect from the third season of the show?

Well, season 1 and season 2 of Vikings was only the tip of the iceberg of what the Vikings accomplished. Now, as we go into season 3, Ragnar's ambitions, because he's now the king, we're hitting the golden age of the vikings and what the vikings were famous for. They're far and wide - it wasn't just about England, it was about most of Europe. What's interesting is, Ragnar now has risen through the ranks of viking society, so he is their king and he has a great responsibility that now rests on his shoulders.

Can you give us a little bit of a tease as to what your character Rollo will be getting up to this season?

Rollo's trying to prove to his brother that the betrayal was in the past. His ambition won't go away but I think he realises it was misplaced, that it wasn't Ragnar that was getting in the way. He needs to find a way of existing outside of Ragnar's shadow, but without having conflicting interests towards his brother. As usual Rollo is going to be put through the ringer. He is gonna have some major confrontations with key characters in the series, and some of these confrontations might change him forever.

What sort of training process do you have to go through for this show?

Well I never stop researching. I'm like a trivia from the dark ages. I just love to immerse myself in the world which Rollo lives through, just so I'm prepared for what Michael Hirst, our writer throws at me. The Gods they believe in and their belief system that they live by and abide by, it's like something from another world. The culture's unlike any other culture in history. I just think it's interesting, when I approached the researchers, there's so many conflicting stories used in documentations. Some of these were written centuries later full of political and religious propaganda, but it's important for the actors to delve deep, to see through and be able to see the bullsh*t and pull the discursive presentation of the race, which I think for a long time has been misunderstood and misjudged. So that's most of my work, it just carries through the time that the season is being filmed in, and I just try and cover it as much as I can.

Rollo is obviously a major physical presence as well. He's the first to admit that he was born to reign and fight, so I obviously have to put myself through a lot of physical training as well, to sort of flex his physicality on the screen. But yeah, for me I just try and immerse myself in the world all the time.

How has it been seeing such a great response to the series across the world?

I think what's the most exciting thing and our biggest accomplishment so far is how we've helped rehabilitate people's view on the vikings. It's a culture of people and a period of history that's never really been fully explored or portrayed fairly on screen before. The vikings have been misrepresented for centuries and it's great to be at the forefront of a story for once. We can present it along with that culture and their politics and the complex ways of life, the more rounded and fairer.

I think a lot of people, myself included before I got this job, saw the brawling, heathen barbarians that raped and pillaged their way around the world, but the vikings have had a massive influence on the world we live in today. I think the main problem is we just never saw them coming and it's great to be a part of a show that sets the record straight. It's the one area of history I think where history was recorded by the invaded rather than the invaders. The vikings were very illiterate, they didn't write anything down. We can only really go by what the Christian monks were writing at the time and a lot of that is propaganda. It's a one-dimensional and a one-sided view of the time period and, as we know with history, there's two sides to every story and it's nice to be telling that other side.

The fourth season's just wrapped up in the US - how is the chemistry and atmosphere on set after all of this time?

We're a big bunch of eclectic nutcases, and I think that's what brings the chemistry in the cast. Michael Hirst and MGM and HISTORY Channel, in their casting they've put together so many different personalities that sometimes it works and we gel. There's practical jokes on set and things, because it's a very tough set. We've just finished doing season four, now it's got even bigger, the show's like a juggernaut, we have to be on the front foot all the time. We don't have the budgets of big movies, things like Lord of the Rings and Game of Thrones, we have half the budget of a show like that, but what appears on screen stands up with the best of them. That just means every day we have to be on the front foot. We're filming at the top of mountains, in hailstorms, sometimes it's pretty rough and tumble. It's exactly what it says on the tin so, we have to keep our spirits up. We often play practical jokes on each other, it's almost like an initiation into the cast whenever a new character comes into it. You have to keep the morale up when you're filming a show like Vikings because, you'll very easily feel like you're cold and miserable and, sometimes the days feel like they're never gonna end with the punishment you've put yourself through mentally and physically.

Can you tell us a little about a typical day on set? That's if there are any 'typical' days!

That's what's so great about Vikings. It really is different each day, whether we're filming on the long boats or we're filming a battle sequence in the Irish landscape, or we're inside the studio, in the viking great hall or King Ecbert's territory in Wessex - every day is completely different. You'll either be in the middle of the Irish sea, getting sprayed with sea water and trying to manage 20 guys rowing at the same time in a longboat, or you're in a muddy field with 100 [castmembers] running towards you with very sharp implements. Somedays it feels like you're in school again and someone's handed you some weapons and it's like, 'Go play!' Other days it's traumatic and you'll cry your eyes out or you're being tortured or something like that! You never know what Michael Hirst is gonna throw at you in the scripts.

What has been one of your favourite moments filming Vikings to-date?

One of my favourite moments for my character comes in this current season, season 3 on HISTORY channel. It's a scene that was incredibly emotional, I think it's episode 5 of season 3 with Bjorn played by Alexander Ludwig, where Rollo and Bjorn confront each other and, the outcome of that confrontation results in a turning point for Rollo. That whole episode in general was pretty tough mentally and physically, but at the end of it I felt it was one of my favourite scenes.

You're also set to star in the Taken TV series, what can you tell us about that?

Well Taken is a prequel to the film we've all grown to love with Liam Neeson's character. It's a young Bryan Mills before he learned his particular set of skills. The season starts with something traumatic happening to Bryan and he gets indoctrinated into the CIA. A world of espionage and covert action opens up to him and it's more about how he learned his particular set of skills, working as a black ops agent in the CIA. That'll come out around late September time I think, but nothing's been set in stone. It'll be on NBC, Universal.

They have no idea what he’s capable of. #Taken pic.twitter.com/EeMAChuXUh

How did your casting in that show come about?

I just finished season 4 of Vikings and I had a lovely phonecall from my agent saying that the showrunner Alex Carey, the showrunner of Taken who is responsible for writing most of Homeland wanted to get on a Skype call with me to discuss the part. I read the script and the script is phenomenal for Taken. It's really set in the real world of espionage and CIA politics. He's just an incredible writer, I literally got off the Skype call with him and the director Alex Graves, who's directed a lot of The West Wing and Game of Thrones, and they made it just impossible not to work with them. I've only filmed part of the season so far and I'm having a blast and I can't wait to share it with everybody.

What's next for you in the coming weeks and months?

I'm currently filming Taken so that's gonna take up much of my time, and I'm also trying to relocate the family to Toronto which is pretty hectic and crazy. It's such a big commitment with Taken that I need my wife and kids by my side. I'm gonna be in every day and it's another part, similar to Rollo where I'm gonna be beaten black and blue by every bad guy under the sun. I'll be emotionally drained, so I'm organising that for our filming at the same time. Then obviously when I finish that it'll just be time to go back and start filming some more Vikings for season 5. Season 5 of Vikings has just been picked up for another 20 episodes.

Vikings returns to HISTORY® on Tuesday 24 May, at 10pm. Check out two great preview clips below... 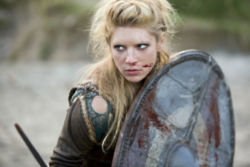