With hundreds of fantastic TV shows to pick from, these five characters are the ones who made these series even better.

Television has a lot to offer us in terms of characters and the actors that play them.

Having just the one perfect character can sometimes be enough to keep returning to the show – however, these five personalities simply made these already brilliant shows even better.

Miss Lopez, played by Aimee Garcia, is one of the biggest personalities in the show - if not the biggest.

Since meeting Ella in Season 1 of Lucifer she is bright, bubbly, and quite frankly adorable. Her constant can-do attitude and what her colleagues call a ‘Lopez Hug’ makes her a wonderful character in this show.

Her expertise in forensic science make her even funnier, as she sometimes forgets she’s at a crime scene and, every so often along with Lucifer (Tom Ellis), make some pretty inappropriate jokes, but that’s okay because she can get away with it.

Even when Ella has her low moments, she still tries to remain this positive and outgoing person she knows she is.

Ella’s faith also adds to her charm, as her religion is not pushed upon the other characters, she simply lets them come to her – which they do. Her love for everyone around her, even those who may have done her wrong is truly a warming quality.

Other characters often confide in Ella and ask her questions about her faith, and how it helps her deal with whatever case she may be working on, or simply because Miss Ella Lopez is the most non-judgmental, caring, and warm character in the whole show.

Patton Oswalt truly did a fantastic job playing Eric Koenig, and the multiple siblings he has – which seem to be exact copies.

The brothers are there to help S.H.I.E.L.D in any way they can, which can sometimes lead to a bit of a bumbling mess.

The brothers are witty but not on purpose, as they constantly fall over each other’s feet and get in their own way – literally.

What makes him (or them) brilliant is the fact that when you think there’s two brothers, there’s a third, and when you think everything is fine, one of the many siblings just appears out of nowhere to assist.

Their constant antics and chaos make for such comedic TV, even when the rest of the characters are trying to save the world from an evil force.

Despite there being more than one character here, they’re played by the same actor so it counts as one, right?

John Mahoney as Martin Crane is a match made in heaven, the perfect casting choice for this wonderful role.

Martin is a retired policeman who now lives with one of his sons, Frasier (Kelsey Grammar). Both Frasier and Martin’s other son Niles (David Hyde Pierce) are rather high-class and enjoy things such as fine wine and caviar; Martin however is content with a simple beer and a burger.

Both Crane sons are constantly bickering over things such as opera seats or which wine goes with their dinner, and here is why Martin is the perfect character – he couldn’t care less.

Martin Crane always cuts under their ‘posh’ antics with witty comments and silly jokes making him relatable to literally anyone of any age.

In one Christmas episode, Frasier is adamant to decorate his apartment neatly, while Martin purchases a singing Santa which Frasier tries to get rid of every year, but next thing he knows Martin’s got it back and working again.

Martin is the perfect character, undercutting his son’s posh jokes and want for the fine things and whenever either son has a problem they can’t solve, be it love life or work, Martin is always there to put a wonderfully simple spin on things.

With the wonderful mass of characters around the New Who seasons (Christopher Eccleston onwards), you may wonder ‘why Donna’? Well…

Donna Noble (Catherine Tate) is everything you want in a Doctor’s companion, especially paired with David Tennant’s version of the Doctor.

She may appear plain, but that’s the beauty of Miss Noble. A ‘temp from Chiswick’ has the ability to capture everyone’s attention in a room from her strong demeaner to her bold personality.

Donna is sassy, witty, and frankly hilarious. She is not afraid to tell even The Doctor that he is wrong sometimes and her confidence can serve as inspiration to us all.

As brilliant as Doctor Who is, Donna Noble makes it 10 times better as she is perhaps one of the most relatable characters – she says what we all think at times and is just the perfect companion for Tennant’s wonderful version of The Doctor.

Aside from the witty, strong-headed exterior, Donna Noble is exactly that, Noble. Her compassion carries through in every episode she is in, without Donna we would not have the Doctor as she knows when he’s gone too far and shares such love for almost every creature she meets.

If this show wasn’t good enough already, then you ‘Better Call Saul!’

Saul Goodman (Bob Odenkirk) is such a ball-busting character, hence why he got his own spin off named after his most famous line.

Goodman is one of those characters you love to hate, as his sarcastic and sometimes dry humour can serve to shut down Walter White’s (Brian Cranston) chaotic rambling.

The level of commitment this man has to both staying afloat in his job as a ‘legitimate’ lawyer, and to just one-upping everyone around him is downright hilarious.

In a show where many bad things happen every episode, when Saul Goodman arrives you know that you’re either ready to laugh, or roll your eyes at his blinding naivety – which in all fairness makes his bumbling attempt to make (very illegal) money all the funnier.

These types of characters are needed in shows such as Breaking Bad as all the violence is cut into short surges of comedy at Goodman’s idiotic schemes and ideas.

Did one of your favourites make the list? Let us know! 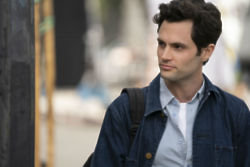 Been watching YOU lately? Here's our Season 1 and 2 review, along with Season 3 suspicions... 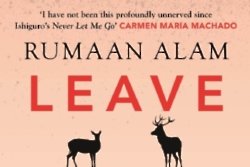 Review: Leave The World Behind by Rumaan Alam