[Exclusive] Lennie James Discusses His New Dark Thriller Save Me

Lennie James discusses his incredible new role on a series he also wrote - Save Me - coming to Sky Atlantic and NOWTV from Wednesday, February 28.

British actor Lennie James is somebody the majority of the world knows as Morgan Jones from AMC’s long-running zombie apocalypse series The Walking Dead. The award-winning star however has of course been involved in a whole slew of other projects such as Jericho and Spooks, and will be returning to the small screen this week for his brand new series Save Me.

Not just starring in a leading role, James also wrote the new series and played a huge part in bringing it to television. With just a couple of days to go until it premieres, we got the opportunity to catch up with James and find out a little bit more about what to expect.

How best would you describe your new series Save Me for those who are yet to hear about it, and the character you play?

Save Me is a thriller set in South East London. It’s the story of a father who has been almost completely absent from his 13-year-old daughter’s life, but is brought back into it when he is arrested for her abduction.

I play that father, Nelly Rowe. He’s a man whose best years may well be behind him and, for the most part, those years have been wasted. He’s the guy at the end of the bar who, 10 years ago, all the men wanted to drink with and all the women wanted to get next to, but that was 10 years ago.

Nelly is an extremely flawed individual, as is the case with most of the best characters out there. Would you describe his role in the show as an “anti-hero”?

I’m not sure it’s up to me to decide what kind of hero Nelly is, or if he’s any kind of hero at all. Nelly sets off on an impossible mission. He wants to find Jody, his daughter, and find whoever took her. Save Me is about how he goes about that. It’s about his successes and his failures, about the good he does but also about the damage he causes. It’s about what such an impossible quest makes you find out about yourself and those around you. Tell me, after you’ve seen it all, what kind of hero you think Nelly turns out to be for you.

The show starts off with a heavy dose of humour, but it doesn’t take long before it gets, in Nelly’s words, “proper dark”. How did you find balancing those two tones in the series?

I think, for the most part, people always find a way to laugh. Most funerals, for example, end up with folk dancing, singing and remembering who was lost with stories that make the room crack up. That’s why The Palm Tree Pub is at the heart of our story. We’re dealing with a dark tale, primarily populated by people who are used to having a certain degree of hardship and darkness in their lives, but they still laugh. That’s one of the main reason those pubs still survive in the middle of crumbling housing estates. It’s where locals go to share a laugh. I wanted that in this story as a marker for who Nelly is and where he comes from, but also as a layer to show how I think real folk react to troubling situations. Among all the other things they do, they’re also looking for a giggle.

As a writer on the series, how important was it to make the characters in the show as relatable as possible?

I wanted the characters to be true to time and place. I wanted them to have the sense of a life beyond what was happening with Nelly and Claire (Suranne Jones) and their missing child. I wanted the actors to get to have something to keep them interesting and invested, to challenge them with something other than just feeding the plot points. Hopefully that equals making them relatable.

What was it like working with the likes of Suranne Jones, Stephen Graham, Rob Jarvis and other great British talents on this series?

My greatest joy I think on this gig was the cast who said yes to us. Getting Suranne, Stevie, Robbie, Flemyng, Susan Lynch, Nadine Marshall and Kerry Godliman – I could keep going down the whole cast list. I was beyond chuffed that they all came out to play. I put a real effort into writing scripts that were actor friendly. I wanted every member of the ensemble to have real ownership of their character’s place in the story. Everybody came prepared and we had a real laugh getting it done.

This series is very much grounded in reality, so how different is it filming a drama like this when compared to the likes of The Walking Dead?

There is no real difference, as it goes. Not so far as my job as an actor is concerned. Not wanting to sound all precious about it all, but the premises of TWD and Save Me might be a million miles away from each other, but my job is still the same. I’ve still got to make my character believable. Both Morgan and Nelly have to be real in their respective worlds.

Can you tell us a little bit about a typical day on the set of Save Me? If indeed there were any ‘typical’ days!

The only time when there were any days even bordering on the typical were when we were block shooting the pub scenes or the interior estate scenes. The rest of the time we’d change location almost every day. Our DOP, Chas Bain, dreaded shooting in the pub. I don’t think he’d mind me saying, he probably hated those days. It was the perfect pub for our story, a real old school boozer, but it was a b***ard to shoot in. Too many windows, a really low ceiling and almost nowhere to stash lights. And the lights he could use kept reflecting back at us in the windows! Took a lot to get him back to set day after day when we were there. That said he did a stupidly great job, not only there but all over the shoot. He’s a bit special, thank God.

Why should people tune in when Save Me hits TV screens on Wednesday?

I’m bound to say everything I’m about to say because I wrote the thing and I’m in it, but Save Me is just a bloody good six hours of TV. It’s an unlikely thriller, set in an unlikely place, with an unlikely hero… maybe. It isn’t what you’d expect and isn’t like much else you’ve seen before. I’m very proud of what we’ve made and can’t wait for people to see it.

You’ve also finished filming a film adaptation of Frank Martinus Arion’s novel Double Play; how was that experience, and what should fans expect from that movie?

I wasn’t familiar with the book or Curacao or the place the book held in Dutch literature until Ernest Dickerson sent me the script. We’d worked together twice before and wanted to do something else. Double Play turned out to be it. To the Dutch, Double Play is like Les Miserables is to the French. It’s compulsory reading in schools and the characters are very familiar to them. That added a particular responsibility to what we were trying to make. We premiered in Rotterdam in front of the King of Holland. Got a really good reception, so I think we got away with it.

It is a massive story of Island politics, unions, colonialism, infidelity, true love, class, caste, the passage out of boyhood and murder. All told on a tiny Caribbean island and set around a marathon game of dominos.

At the moment I’m here in Austin shooting Fear The Walking Dead. Whatever spare time that allows is taken up figuring out what we do with Save Me in the second series.

Save Me – All episodes of the series will be available from February 28 on Sky Atlantic and NOWTV. 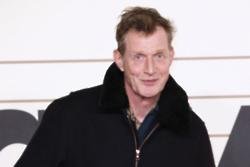 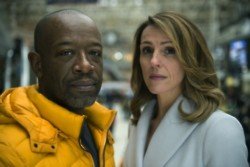 Suranne Jones admits she can't stand to watch herself on TV 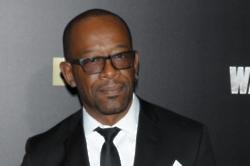