The show hits the streaming platform on Christmas Day!

The Crown meets Gossip Girl and Scandal in upcoming Netflix original series Bridgerton, the first to come from production company Shondaland since showrunner Shonda Rhimes penned a landmark deal with the streaming platform.

This week, Netflix dropped a gorgeous new trailer showcasing some of the drama, lust and love you can expect when the episodes make their debut. Check it out below:

Hoping to follow in the footsteps of her parents who fell in love at first sight, Daphne finds herself coming up against unexpected obstacles as her older brother rules out potential suitors, and the mysterious Lady Whistledown (voiced by Julie Andrews) pens a scandal sheet that cast aspersions on the young romantic. All she wants is love, ignited by that true, initial spark.

When the highly-desired and rebellious Duke of Hastings (Regé-Jean Page) arrives on the scene however, all bets are off. Though he and Daphne at first say they want nothing from one another, they realise that they can help each other out if they put their brains together. That they do, putting on a false show of affection so that he can be left alone by the older women, and she can be the centre of attention for all of the other men looking for a bride. 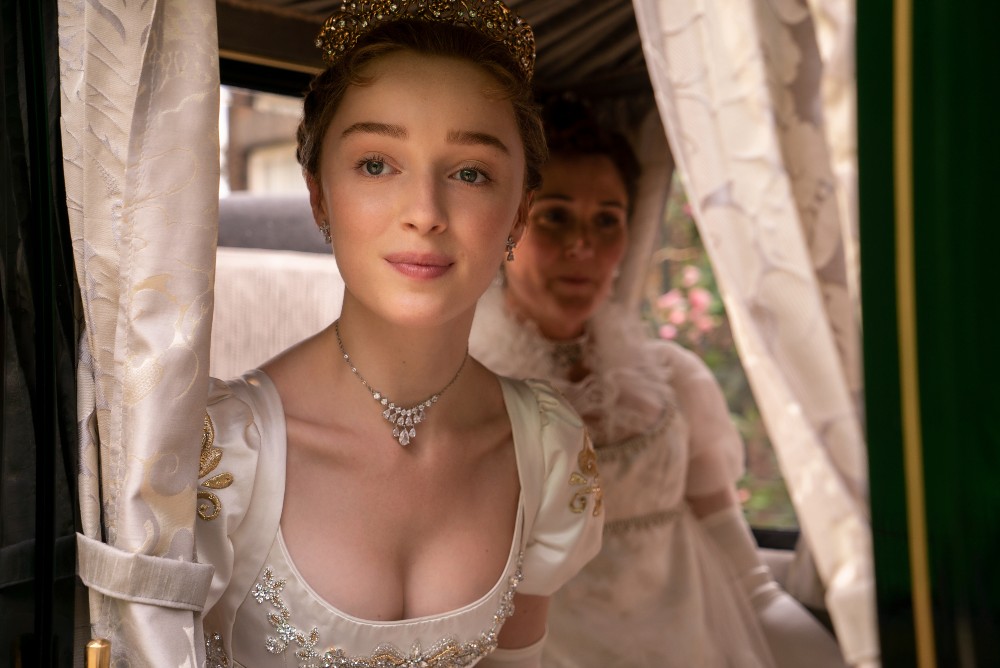 Whether this false connection turns into something real remains to be seen, but their spark and chemistry is undeniable as they envelop high society with their own shrouded mist, pulling the strings in a way that even Lady Whistledown may be impressed to witness.

All episodes of Bridgerton come to Netflix on Christmas Day, December 25th, 2020.

RELATED: Get a sneak peak at Netflix series Bridgerton, in these first look pictures