'Mr. Selfridge' will feature a storyline revolving around lesbians.

The ITV drama will show department store owner Harry Selfridge - played by Jeremy Piven - fighting to save his marriage after his wife Rose Selfridge (Frances O'Connor) decides she wants to be with a woman, rejecting her husband.

The bed-hopping lothario was dumped by Rose in the last series after she'd had enough of his cheating ways, but when she returns home in scenes that will air later this month, Mr. Selfridge is convinced he has a shot at repairing his marriage.

However, he's rocked when the stunning brunette introduces him to her new friend Delphine Day (Polly Walker) and she announces that they have struck up an "inseparable" relationship.

Meanwhile in the new series, Lord Loxley (Aidan McArdle) makes an appearance after he struggles to find enough money and panics as the war looms nearer.

He blackmails one of his former Lords into giving him a position on the military procurement committee by threatening to "out" him.

Lord Loxley tells his former colleague: "I have a signed statement from a young man named Fineas. Handsome. He is prepared to testify in court that you took advantage of his innocence." 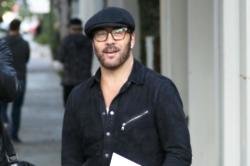 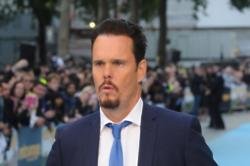 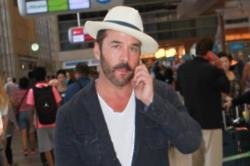