Based on the John le Carré novel of the same name, but with an utterly different and arguably better ending, The Night Manager was one of the BBC's biggest success stories of recent years.

Casting Tom Hiddleston in the titular role as Jonathan Pine was a stroke of genius, whilst gender-swapping Olivia Colman's character to bring Angela Burr to the small screen provided for some incredibly well crafted and well acted scenes.

As former soldier Pine turned secret agent for Burr, he infiltrated villainous Richard Roper's (Hugh Laurie) circle in an attempt to bring him down and stop his illegal arms trading. It was an intense, exciting, edge-of-your-seat series that has to be seen to be fully appreciated.

English author Hilary Mantel brought historical novel Wolf Hall to readers in 2009 and last year, in January 2015 it and second book in the same series Bring Up the Bodies were turned into a television serial first broadcast on BBC Two.

A critical success around the world, Mark Rylance, Claire Foy and Damian Lewis provided some stellar performances throughout its first season, in the roles of Thomas Cromwell, Anne Boleyn and Henry VIII respectively.

The show brought home a 2016 Golden Globe for Best Miniseries or Television Film - at the time of writing (April 11), there has been no news on any follow-up series. Executive producer Colin Callender did say in 2015 however he hoped that an extension would be commissioned on the final novel in Hilary Mantel's trilogy.

Now actually overtaking George R R Martin's book series A Song of Ice and Fire, Game of Thrones is one of the most globally recognised television series the world has ever seen.

Venturing into a world where most people seem to be out for themselves, power or a combination of the two, viewers are regularly shocked and surprised at the lengths writers will go to in Game of Thrones to ensure the series is anything but predictable.

Nobody is safe in the land of the Seven Kingdoms. If you're a first time GoT viewer, there's not enough emotional preparation you can do before watching. Just sit back and enjoy the ride.

Based on the 1976 Alex Haley novel, Roots is an American miniseries which first came to screens in 1977, receiving a whopping 37 Emmy Awards and winning nine.

Telling the story of the young Kunte Kinte (John Amos), viewers get to see just what it may have been like to serve as a chattel slave. Really getting to the core of inequality and racism, Roots is a show that still today holds incredibly moving political ground and shows just why it's important to treat everybody equally - no matter the colour of their skin.

Written by Andrew Davies and directed by Tom Harper, War and Peace is a historical period drama first broadcast on BBC One, based on the novel of the same name by Russian author Leo Tolstoy.

Based in 1805 Russia, we see Pierre (Paul Dano), Natasha (Lily James) and Andrei (James Norton) hoping to find meaning in their lives, growing up in extremely privileged circumstances.

Whilst they enjoy the frivality of life's smaller problems, Napoleon's army edges closer to Russia's borders, with everything the young cast of characters once knew thrown into question.

And Then There Were None

Agatha Christie is an incredibly talented writer and this mystery novel is widely considered her masterpiece. Finally brought to BBC One as a miniseries at the end of 2015, an incredible cast really lit up the small screen.

In late august, late 1930s, a group of eight people who are all at first strangers to one another are invited to a small and isolated island, owned by a mysterious Mr and Mrs Owen.

Settling in without the appearance of their hosts, they're soon thrown into a wild game of Cluedo as the party begin to die, picked off piece by piece as they rush to try and find out just who is behind the killings.

Douglas Booth, Charles Dance, Miranda Richardson and Aidan Turner all star in a show dedicated to the original.

It's hard to believe Pride and Prejudice is a novel released all the way back in 1813, as Jane Austen's piece still remains one of the most read pieces of fiction to this day.

In this 1995 British television adaptation, we see Colin Firth and Jennifer Ehle star in a stunning dramatisation of the classic romance, through six addictive episodes.

Beautifully shot and a real gem of its time, Pride and Prejudice is a miniseries to be proud of and one you can watch countless times whilst still enjoying everything it has to offer.

Now filming for its fourth series, BBC's Sherlock is a witty, dry and fantastic show that has really breathed new life into one of fiction's most famous men.

Benedict Cumberbatch has done an incredible job in the title role and the show has provided the perfect platform for him to jump from and find success.

Martin Freeman excels in the role of Dr. Watson whilst a terrific ensemble cast allow one another to shine throughout.

Orange is the New Black

Based on Piper Kerman's real-life memoir, Netflix and Jenji Kohan took this one and ran with it. Though much of what happens in the show is NOT based on the facts from the memoir itself, it's a brilliant source of entertainment and will be returning for its fourth season a little later this year.

Sentenced to 15 months in Litchfield, Piper Chapman (Taylor Schilling) is a woman in her 30s living in New York City without a care in her world, but someone who is forced to adapt to a whole new way of life once she is placed behind bars for drug smuggling.

Reunited in the prison with her former lover Alex Vause (Laura Prepon), their romance is rekindled, whilst a brilliant female ensemble cast all allow their stories to be shared. It's easy to see upon first watch just how Orange is the New Black has been so successful for Netflix.

Based on the historical time travel series of novels of the same name by Diana Gabaldon, Caitriona Balfe and Sam Heughan lead a fantastic cast in this American-British television drama.

Travelling through a variety of different locations, Outlander is at times a gorgeous show, but one that isn't without its traumatic scenes and events. Hard to watch at times but rewarding for the viewers who stick with it, Outlander is a series that shows no signs of slowing down going forward.

Tagged in Pride and Prejudice Sherlock Game Of Thrones 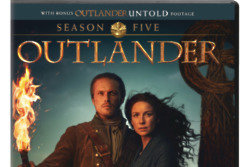 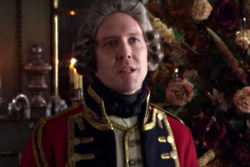