Why Twin Peaks Is Still A Must-See

It may be more than twenty years since it aired on British TV, but the recent rumours of a Twin Peaks remake have made us go back to our box set and realise quite why Twin Peaks is perhaps one of the most influential TV shows ever to have graced the screen.

But why was this short lived show quite so impressive and can its influence still be felt to this day?

The first way in which Twin Peaks has had a massive, direct impact on the TV of today is simply too look and feel of the show. Twin Peaks was shot and produced like a movie, not like a TV show. This is something that has now become the norm in TV drama. Production values have skyrocketed over the last couple of decades as creators influenced by the cinematic feel of Twin Peaks are getting a hold of the cameras themselves.

The range and oddity of the show’s characters have also become something that many a drama aspires to replicate. Too often shows were filled with cookie-cutter characters with no real, well, character. Twin Peaks however gave absolutely everyone character traits, most of them just about odd enough that they actually seemed realistic. The show’s lead character was obsessed with cherry pie, coffee and called his recorder Diane. There was a woman who always carried a log around and Nadine, an eye patch wearing kook obsessed with inventing a silent drape system and convinced she was still in high school.

All of that would have been for nought though had the central mystery at its core not been compelling. Thankfully, the pursuit of Laura Palmer’s killer was utterly riveting.

During its first season, it was perhaps the most talked about show on TV, an office water-cooler conversation just waiting to happen in a way that only a few show since have captured. Homeland might be the most recent show to have recently taped into this, but the amount of shows that created the same zeitgeist as Twin Peaks can be counted on your fingers.

Twin Peaks also showed that TV could be weird. It showed that you could handle big concept ideas and not give out all the answer at the end of the episode. It showed that people would hang on to a mystery and let themselves become absorbed in it. Too often shows rely on an episodic format and put way too much importance on answering the questions sooner rather than spending time giving you reasons why the answer should matter to you.

This is something that let shows like The X Files, Lost and Fringe exist. Without Twin Peaks, all of these shows would have been laughed out of court. Even The Vampire Diaries, which has quickly turned into one of the most bonkers shows on TV might not have been approved if it wasn’t for the success of Twin Peaks.

Twin Peaks wasn’t perfect though. Its decision to reveal Laura Palmer’s killer in the middle of its second series felt underwhelming and left the show directionless. Forced to go down more and more random plots, the show massively suffered as a result. Funnily enough, this same criticism can be levelled at Lost, perhaps its biggest spiritual successor.

The show also had a habit of maybe going a little too weird for very little reason. From the afore mentioned log lady to the backwards speaking dwarf in a mysterious red room, sometimes the oddness was just cranked up a little too much.

Despite this though, Twin Peaks didn’t just open the doors of what was doable on TV, it blew them off their hinges and then lit them on fire. That the show could be so odd, so unique and yet still have massive ratings every week was completely unexpected and a fantastic surprise.

It might be weird, it might not all make sense all of the time, but a trip to Twin Peaks is something that all of us should take. 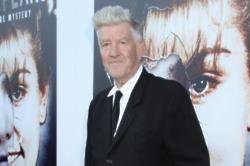 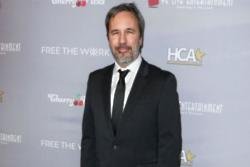 Denis Villeneuve feels Dune is too complicated for one movie 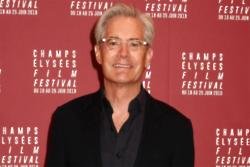