Janet Jackson reportedly wears a penis around her neck

Janet Jackson reportedly wears a penis around her neck.The diamond-encrusted black "family jewel" - which, when pulled, is said to 'get excited' is said to be the singer's favourite piece of jewellery. Recently named 'Most Chic Girl of The Week' by a US teen magazine, Jackson reportedly paid $18,000 at a West Hollywood jeweller for the penis charm. The sister of eccentric star Michael Jackson, who is up for child abuse charges, became notorious last year for controversially flashing a breast while performing on America's primetime broadcast of the Super Bowl. 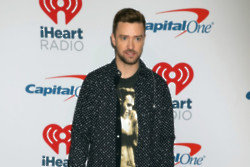 Justin Timberlake 'will be in Janet Jackson documenty' 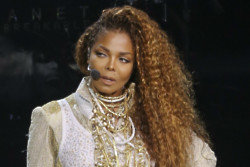 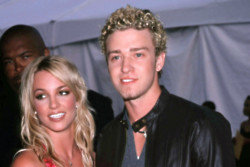 Britney Spears felt 'so sad' after splitting from Justin Timberlake