We delve into all that and more in today's Social Buzz!

There’s always a lot of news and celebrity gossip to pore through on a weekday morning, so that’s where Social Buzz steps in! We bring you some of the world’s most trending topics and reactions, every day, Monday to Saturday at 12.30pm! Today, we’ve got the latest on Depp v Heard, as well as Man City crashing out of the Champions League and more!

Amber Heard took to the stand

Going into Day 14 of the monumental Depp v Heard trial, actress Amber Heard took to the witness stand and alleged a pattern of violence with her former partner, Johnny Depp.

She said that the Pirates of the Caribbean star first struck her across the face in 2012, when she laughed after he pointed out that one of his tattoos read ‘Wino’. The tattoo in question is a modified piece, which Depp first got during his relationship with actress Winona Ryder.

Heard says Depp struck her across the face and, in her shock, she continued to laugh. She claims he struck her once again and then she stopped laughing.

Depp has previously denied all claims that he physically abused Heard during their relationship. The trial continues.

Any dreams of an all-British Champions League final were dashed last night, when Manchester City crashed out of the competition, losing their second semi-final match against Real Madrid 3-1, which meant they lost on 6-5 aggregate and just missed out on a place in the final against Liverpool.

Fans and indeed players of the beautiful game took to Twitter to share their thoughts following the City defeat, some more empathetic than others…

Man City fans who booked tickets to Paris in the 89th minute... pic.twitter.com/EXeNA6BVFW

BREAKING: They have just found photos of the man in the VAR room giving advice to the referee in Real Madrid vs Man City 🤣 pic.twitter.com/frk1XncYNt 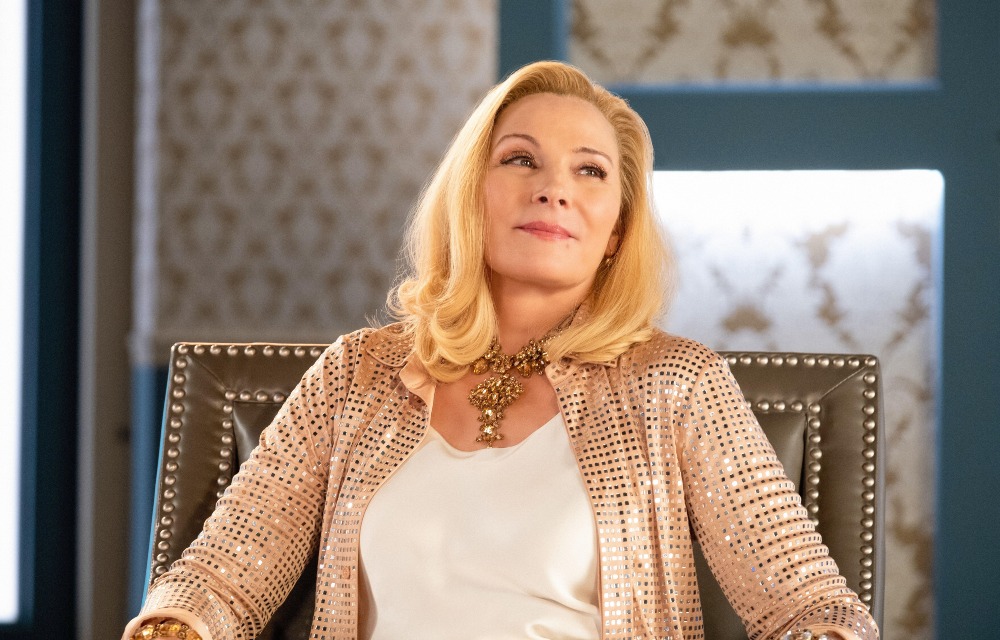 Back in 1998, Sex and the City premiered on HBO and showcased a group of women unlike any other that had been on the small screen. The most groundbreaking of all, undoubtedly, was Samantha, played by Kim Cattrall. Refusing to strive for a traditional relationship or indeed marriage, she relished the act of sex and wasn’t ashamed to say she enjoyed the finer things in life.

As a true fan-favourite character, many were shocked and disappointed when it was revealed she wouldn’t be returning for spinoff series, And Just Like That. Cattrall has been publicly talked down by those involved on the project but, until now, she hasn’t had her say on not being a part of the new show.

Speaking with Variety, Cattrall revealed: “I was never asked to be part of the reboot. I made my feelings clear after the possible third movie, so I found out about it like everyone else did — on social media.” She also said that it would be an “understatement” to say she didn’t feel as though her character Samantha would be “progressing”, after reading the script for the proposed, now-shelved, third movie.

Of course, the publication also took their opportunity to ask if she would return one day. She said: “That’s a no. It’s powerful to say no.”

Ewan McGregor appears right at home, taking on the role of titular Jedi Master Obi-Wan Kenobi once more, but it's not he who has got people talking after the release of the latest trailer for his upcoming Disney+ original series.

Instead, fans are excited to have heard the teased return of Darth Vader, with that iconic breathing and a glimpse of his legendary outfit. They took to social media to react, and it’s clear that this series is one of the most highly-anticipated of the year.

CHILLS. Hayden Christensen is BACK as Darth Vader. #MayThe4thBeWithYou pic.twitter.com/QPDG0gE2n9

Darth Vader breathes in the new trailer
Me: pic.twitter.com/0J45rW2xz0

Ahead of his round-of-16 match against Novak Djokovic, Andy Murray has had to pull out of the Madrid Open Masters tournament due to falling sick with food poisoning.

It’s a sad way to go out, but a great opportunity for British player Dan Evans, who will now get to showcase his skills on centre court against Andrey Rublev.

Fans of the Murray/Djokovic rivalry will now have to wait a little longer to see the two face off against one another on court again. Exactly when that may be, remains to be seen.