If there's any doubt in the minds of Benidorm fans as to whether or not the long-running, award-winning ITV comedy should be brought back from its shock axing earlier this year as a film, then the Benidorm Live stage show should quash all concerns. Rumoured to be testing the waters for the proposed movie, writer Derren Litten and director Ed Curtis have managed to put together an extended episode of the drama for audiences, bringing together some of his most beloved cast members, as well as a few new faces. So, just how well do they do?

Audiences are greeted upon their arrival in the Palace Theatre, Manchester with a fantastic yet simple set up on stage. We see the front of the Solana Hotel and will throughout the show see different set pieces moving in and out on motorised floor pieces that allow for smooth transitions between scenes.

What fans may be most worried about is whether the laughs come thick and fast, as they're allowed to do in a 42-minute episode on the small screen. Thankfully, there's no shortage of puns throughout, with Janine Duvitski as Jacqueline, Tony Maudsley as Kenneth and Adam Gillen as Liam given the opportunity to gain the biggest reactions from the crowd with slick and crude humour. Many think it's a dying art, but "sausages in cider" had me rolling every time. They are truly a magnificent trio.

Other returning faces include the fabulous Sherrie Hewson as the Solana's hotel manager Joyce Temple-Savage, as well as the handsome Jake Canuso as sleazy barman Mateo who's as unafraid as ever to show a little skin, and Shelley Longworth as holidaygoer turned holiday rep Sam, who has some incredible pipes which she's allowed to showcase during a solo performance in Neptune's!

Asa Elliott rounds out the returnees, delivering some stellar vocals whenever he's given the opportunity, and really helping transport the watching crowd from their theatre seats to those of the hotel's all-inclusive bar.

New additions to the cast come in the form of Tricia Adele-Turner as stuck-up hotel visitor Sophie, who's staying at the Solana with her husband Ben (Bradley Clarkson) because of overbooking at the venue they were supposed to be holidaying at. Both excel in their roles; Sophie is the pompous posh wife who demands more from absolutely everybody, whilst Ben is the whipped husband who bows and bends to his other half's every desire.

Damian Williams also joins the cast as 'Gay Derek'; a man who spends much of his time on stage joining in on the dirtiest of jokes, as well as chasing the affections of Kenneth. He fits right in with this crowd, and has a fantastic chemistry with the entire cast.

There's also Will Jennings as new hotel staff member Ricky, and his marvellous Spanish accent is really something that has to be heard to be believed.

With twists and turns throughout, and incredible humour running alongside a backdrop of deceit and lies, this is honestly a compelling story that maintains interest from start to finish. There's a lack of fun in the world right now, and Benidorm Live is the perfect escape from all of the chaos we hear about day-in, day-out on the news.

Derren Litten has done a brilliant job of bringing the magic of the television series to the stage, and after watching last night's (November 26) performance, I honestly think it would be a travesty if this is the last Benidorm story ever told. 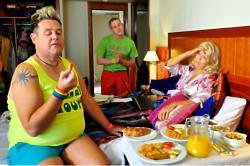 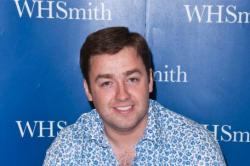 Jason Manford joined by donkeys Ant and Dec in Benidorm 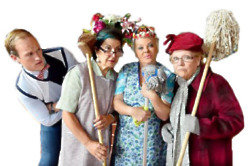