Strong is undertaking an abundance of challenges over the next two years, including setting new world records.

Setting yourself the challenge of summiting Everest is a massive feat by itself, but this wasn’t going to be enough for triathlete Kate Strong. 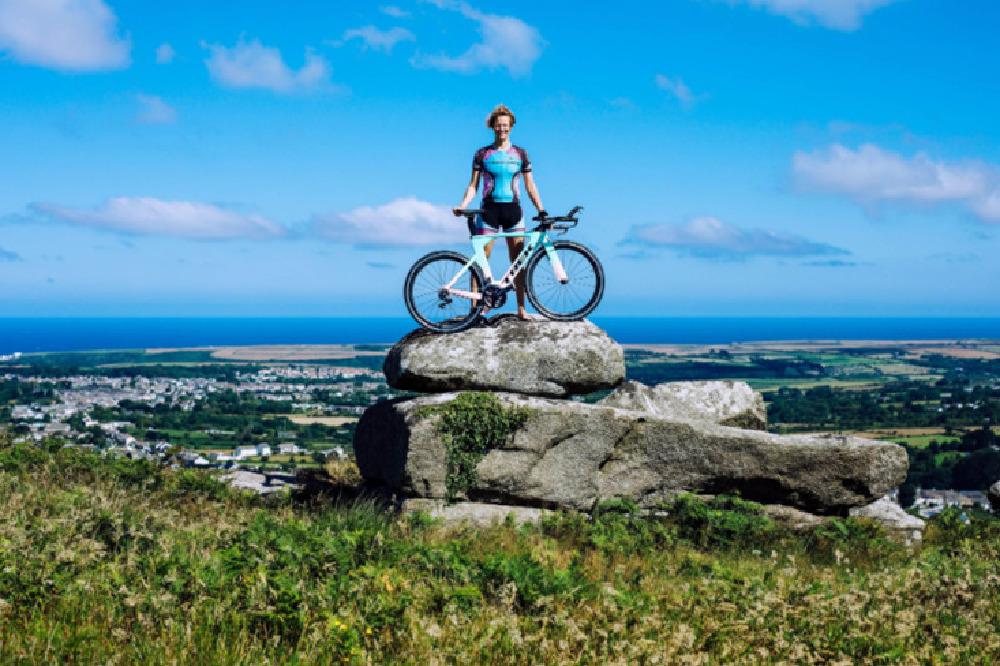 Strong is undertaking an abundance of challenges over the next two years, including setting new world records for the furthest distance cycled on a static bike for 1, 12 and 24 hours all at the same time this May.

That’s not all, the Welsh born athlete is also looking to complete the Limitless Challenge over 12 months starting in June 2022, which consists of cycling across the US in the Race Across America (RAAM), swimming across all 21 miles of the English Channel and climbing Mount Everest.

Strong reveals why she’s decided to take on these incredible challenges and why more sportswomen should be presented as role models in the media.

Q) You decided to change your life after a ‘cliff-edge moment’, but why did you go into athletics and not something else?

A) I had always wanted to complete an Ironman (2.4mile swim, 112mile cycle & 26.2-mile run) triathlon after I heard about it when travelling in Central America in 2003. And, in 2004, I trained for and completed a half Ironman, but I’d met a boyfriend (who I later emigrated to Australia with and almost got married to). After the race, he convinced me to stop training saying that “I’d done more than most people, and that was enough”, ignoring that it was my dream to do a full Ironman. 10 years’ later, I needed a goal that was just for me. Triathlon was a natural choice because I had let my ex take that away from me all those years’ ago.

Q) Of all your future goals and challenges, which are you most excited for and which one scares you the most?

A) My excitement fluctuates to fear for all of the challenges! The one that is exciting me the most at the moment is Everest. I intend to spend 5 months in Nepal before-hand and the opportunity to immerse myself into the Nepalese culture, and really discover the neighbouring mountains and treks near Everest is a huge gift. Swimming the Channel is my biggest challenge at the moment. I do not like the cold, and the thought of swimming in a bathing costume (no wetsuit) in waters as cold as 16C for 12+ hours is a big concern. I’ve been eating a lot more to start putting on weight and this will help reduce the cold and I’ll start cold-water training in April this year to better prepare me for what’s to come.

A) I attempted this world record in 2017 (in VegFest Olympia) and even though I completed the 24 hours, I didn’t meet the distance Guinness required to call it a new world record. It took a lot out of my physically and emotionally, so doubted I’d ever re-attempt the record. Yet, in early 2020, I got back on the bike to start training for RAAM (Race Across America) and my coach said “You gotta have something to aim for that’s closer than RAAM 2022”.

Seeing that I’ll be cycling for 20-22 hours a day for 9+ days in RAAM, the 24-hour race seemed a natural training goal. I decided to complete the 24-hour world record in April 2020 and had already started training in January 2020.

Q) When and why did you decide to take on the Limitless Challenge?

A) In 2019, I had the once in a lifetime opportunity to climb Mont Blanc with my 71-year-old father. He had almost given up on this dream, thinking he had left it too late. I convinced him otherwise and in August of that year, standing on the peak of this majestic mountain watching my father cry from elation (and relief) of reaching the top, I felt that anything was possible! Upon returning to the UK, I spoke with a friend of mine who has climbed Everest who wanted to swim the English Channel too. Both these challenges had been on my ‘dream list’, as well as RAAM. I did some research and noticed that no female had completed Pond to Peak (swim the English Channel & summit Everest) [Jessica Hepburn is attempting Everest this year, which will make her the first female to complete both] and no-one in the world had completed RAAM as well as the other two. My imagination ran wild with the possibilities if I did complete all three, so I committed to seeing if I could make it happen.

Q) Out of all the components of the Limitless Challenge, what do you think you're most prepared for at this current time?

A) Personally, I am most prepared for the cycling. But, operationally, this is the least prepared area too. I need a crew of 8-9 individuals from a bike mechanic to physio and chef to navigator and I’ve only got 2 members on my team. I am committed to having an all-woman team (excluding my boyfriend who will be on the team too) and we are very far from creating, training and working together.

Q) Is there any way you can train for the altitude and freezing temperatures that Everest will have in store now, or will that all have to be done once you're in Nepal?

A) I have spoken with the Nepalese guides from HST Adventures, the company who will guide me in Everest, and aside from altitude climbing, cold water swimming and aerobic exercise such as cycling, are the best activities I could be doing to train myself. Swimming helps us deepen our control over our breath and the cycling builds up the natural resilience for all endurance sports. He jokes that I’ll be fitter than his team when we arrive at Base Camp!

Q) Are you concerned about the possibility of altitude sickness?

A) I’ve never experienced it before, but I also know I’ve never been higher than 5,000m. There’s no real training for altitude, and this is why I will be living for 5 months in Nepal; to climatize over a long time-period which should allow my body to gradually get used to the altitude and reduce the chance of altitude sickness.

Q) There is a massive difference between male and female participation in sport in general, how can that be overcome to encourage more women to get involved?

A) We lack women role models in sport. Not because they don’t exist, but because the media doesn’t cover these athletes and sponsors generally don’t invest as much in women athletes as they do in men. It’s hard to do something if we don’t see someone who looks like us already doing that thing, so girls growing up might think that sport isn’t for them due to a lack of presence. For women who still commit to sport, it is much harder to succeed than for their male counterparts; there’s less funding meaning they most probably have to take a second job apart from tennis and triathlon to name two sports. The prize money is considerably less and even if they do secure funding, the media attention is less so the probability of ongoing funding is reduced. And, looking at how we treat boys & girls differently while they’re growing up, we have an expectation that boys will be sporty, and this unconscious bias does filter into the children’s decision to take part in sport or not. Growing up, both my brother and I were sporty. Yet, my parents watched my brother play rugby over my sports and also supported his decision to go semi-pro. I was advised to focus on my education. It’s in conversations like these, be them a parent or teacher, that can really impact a girl’s belief on her sporting ability and possibility too. Triathlon is actually one of the few sports that champions equality; we have parity for prize money and the elite race on the same course on the same day as amateurs. At the start, men and women are divided by speed rather than gender, so I used to swim shoulder to shoulder with men and women.

Q) Was it tough when you switched to a plant-based diet e.g. having to change your food lifestyle, or was it an easy change?

A) Switching to a plant-based diet wasn’t tough at all. I was only eating food that made me feel physically better e.g. waking up and my legs feel recovered after a hard training session. I naturally squeezed out meat because I was eating so many whole food and plant-based options. The toughest part was my emotional attachment to meat & dairy. If I felt sad, I couldn’t eat my comfort food anymore, nor celebrate with my creamy glass of milk. I don’t miss the taste at all - actually, the smell now repels me, but the memories of when I used to eat it are something I needed to work through.

Q) How do you feel about being added to the list of women who have climbed Everest once you reach the summit?

A) I see Everest as a living entity and if she allows me the wonderful opportunity to reach her peak, then I am very humbled by this chance. I am fortunate to have the opportunity to attempt this - most people in the world don’t even have this chance - and I know that this mountain will change my life for good forever.

Although her training had to be adapted due to the Covid-19 delay of the events in Tokyo, that hasn’t fazed the Ex-Belt ambassador, she’s more determined than ever to represent her country in such a prestigious tournament. However, due to the inability of overseas spectators going to the stadiums and arenas in Japan this year, Humphreys expressed her disappointment and said it just won’t be the same. As well as explaining how she keeps herself motivated, the 29-year-old also spoke about how Stonewall’s Rainbow Laces campaign is helping to end stigma and achieve equality in sport for the LGBT community... 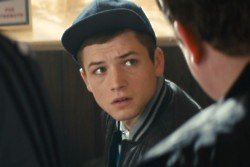 Our Film of the Week is a real British underdog story - Kingsman: The Secret Service 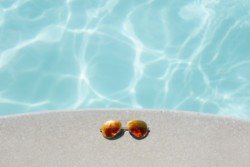 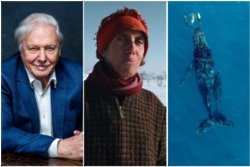