Nicola Wren: We all know the downsides of fame, so why do we still want it?

As the sister to Coldplay's Chris Martin, Nicola Wren is perhaps one of the most educated voices when it comes to discussing the pitfalls of fame. Here, she writes an exclusive piece for Female First. I am not famous. I should stress that straight away. So what gives me the right to think I have even a smidgeon of authority on the subject of fame? Well, nothing, really, except that when I was about eight-years-old, I was absolutely convinced that I was going to be a superstar. And, I suppose, because my older brother (Chris Martin) actually is one.

‘Why such arrogance as a child, Nicola?’ I hear you ask. In a nutshell, I’m from a small village in Exeter; when I was eight I was in the local pantomime, in which I chose to play my part with a scouse accent (that I’d learnt from watching Craig in series one of Big Brother) and people in the village came up to me afterwards, saying, ‘you’re going to be a famous actor one day’. Of course they were just being sweet, but with what was going on around me at the time, I took what they said seriously.

My brother Chris (who is 13 years older than me) had recently moved to London and started a band called Coldplay. They had seemingly (to my eight-year-old eyes), become a huge overnight success and suddenly, the brother who used to write songs about my gerbils, was playing Glastonbury and getting recognised in the street. I looked at him and thought, ‘Oh, well he’s made it, that’s obviously what I’ll do.’ Not only that, but TV shows like Pop Idol and, the aforementioned, Big Brother were taking the world by storm. Fame, and quick fame at that, was becoming more and more accessible. 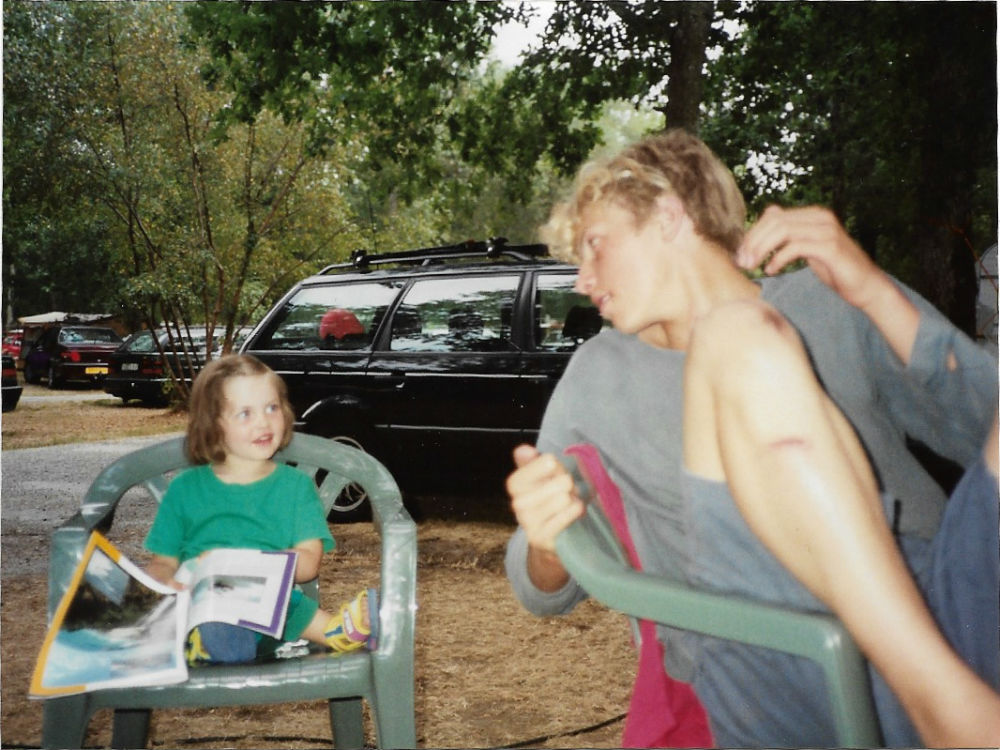 Cut to 20 years later: I had finished drama school, was working as an actor and had written and performed two plays at the Edinburgh Fringe Festival. By all standards, my career was pottering along quite nicely. But I felt constantly like it was never enough. Like I was never enough. I needed more success and more fame if I was ever going to prove myself, if I was ever going to get the love and the validation that I so desperately wanted from the world. Yet at the same time, fame was something that I feared.

Growing up with a famous brother and sister-in-law (Gwyneth Paltrow), I watched as paparazzi hid in our bushes, as journalists tried to trick my parents into ‘dishing the dirt’ on Chris and Gwyneth’s relationship. I saw Chris followed everywhere, I read lies upon lies about him, I felt nervous and untrusting when people were friendly to me, wondering if they only really wanted to know more about Chris. I watched as his divorce was publicly ridiculed. His fame also meant had that I had to share him with the rest of the world, and I hated that. 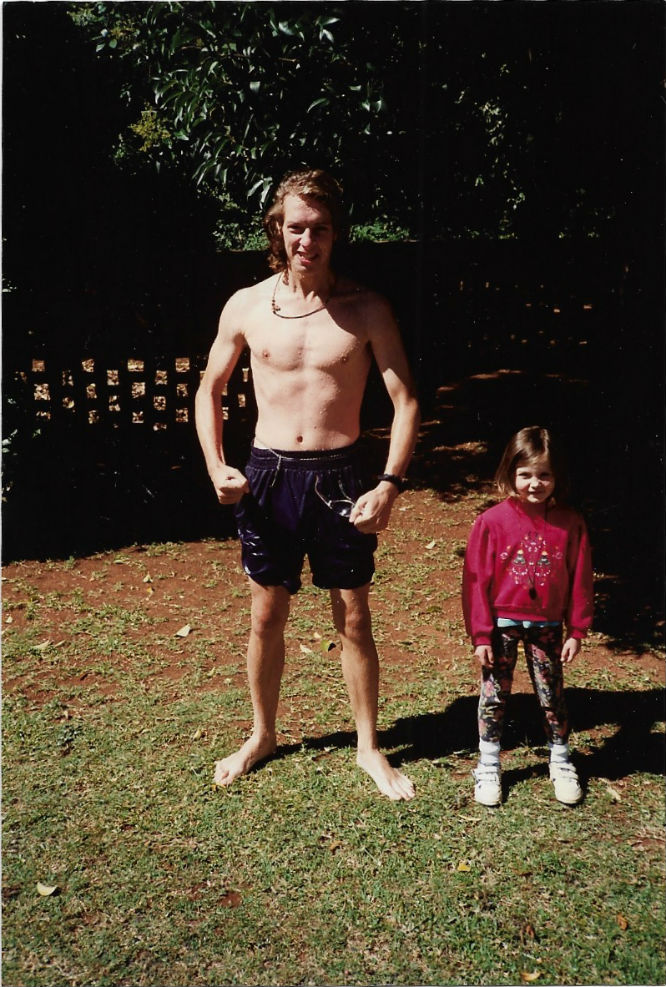 It’s widely documented that fame is not what makes people happy. It gets people money, but it does not get them immunity. The most famous people in the world still get divorced, disappointed, depressed - some even take their own lives. But with influencers in abundance, social media popularity on the rise, TV shows like Love Island, The X Factor, Made In Chelsea – people seem more obsessed with becoming famous than ever.

I found myself wondering, why, when we know so much about the downsides of fame, is it still something that people strive for? Why did I believe that I had to wait to become famous until I could be happy with who I am and what I’m doing with my life?

I started trying to redefine success for myself, and I started writing a new show, in which I could be very honest about my relationship to fame and success, the delusions I had as a kid and about my fundamental quest for love, approval and belonging that had manifested itself in a quest for fame. The show is funny, silly, and relatable, because I know I’m not the only one who feels like they’re not successful enough. 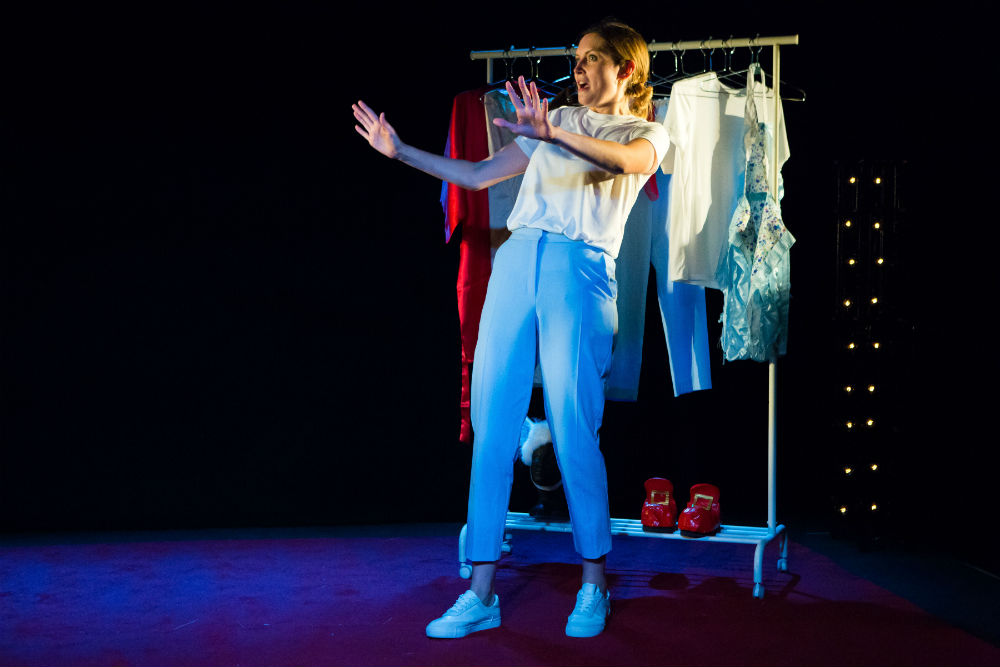 I wrote it in the hopes that it would clarify what’s really important to me. Becoming a superstar. Kidding! Telling stories, talking to people, sharing all the embarrassing, painful, ridiculous things that I think or feel or do because it makes me feel less alone, and because I hope that, on some level, I might make someone else feel less alone.

Doing the play, Superstar, is the coolest thing that I’ve ever done. And I’m so proud of it, because it is my first big step towards realising that, no matter where I end up, how much money I make, or how many people have heard of me, the most important thing is to feel content with who I am and just do what I love doing.

Superstar by Nicola Wren is at The Southwark Playhouse until December 21st, 2019. For tickets go to www.southwarkplayhouse.co.uk