Who will live to tell the tale?

From the company that worked on Until Dawn, comes an all-new gaming experience. The Quarry will see players make choice after choice, and every one could change the outcome of the story.

As the sun goes down on the final day of summer camp, the teen counsellors of Hackett’s Quarry decide to throw a party to celebrate. There are no kids, adults, or rules; this night could end very badly...

The party, which was supposed to be a night of fun, quickly takes a turn for the worse as blood-soaked locals, and something much more sinister, hunts the teens.

Decisions throughout the game could come in the form of fun, flirty banter, or just a simple conversation, and will lead players to make difficult choices which could lead to the death or survival of the youngsters.

Players will take control of each of the counsellors within the game. The Quarry is set to be a stunning, cinematic story where every single decision you make, or don’t make, will reveal a world of possibilities.

Will everyone survive The Quarry?

Will Byles, director, has stated that "The Quarry is breaking new ground across interactive storytelling and technology to create a truly visceral teen-horror experience. I can't wait to see the choices you make, who you'll save, and who you're willing to sacrifice!"

The Quarry, similar to 2015’s Until Dawn, challenges players to use their instincts, as well as their daring side, to check out clues, go off-trail, and investigate where others might not.

If you’re not in the mood to play, however, the game’s Movie Mode lets players enjoy the game as a thrilling cinematic experience. Decide how you want the story to be told, then kick back and let chaos commence!

The Quarry releases on June 10th, 2022, on PlayStation 5, PlayStation 4, Xbox Series X/S, Xbox One and Windows PC via Steam; the game is Rated 18 by PEGI, and is now available for pre-order.

The trailer for The Quarry, in my opinion, is incredible. It showcases everything I adored about Until Dawn, which is one of my favourite games.

Games like this are becoming more frequent, and I couldn’t be happier. This one in particular looks thrilling, mysterious, and has a great cast. I can’t wait to play this as soon as it releases in June! 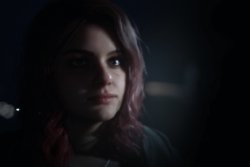 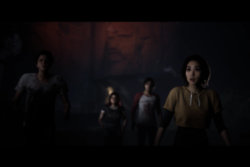 The Quarry review: One of the best horror games of all time 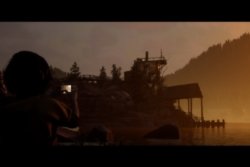 The Quarry preview: We played 45 minutes of the upcoming horror game; here’s what we thought!