Surgical procedures still on the rise despite the recession

Even throughout the recession, surgical procedure statistics show an increase. Is it the range of payment plans or the want to look flawless that is encouraging individuals to go under the knife?

Would you go under the knife?

Sian was only 16-years-old when she had undergone surgery. She said: “I had a hard time at school, over the way my nose looked, and it really bothered me.

“Soon as I decided I wanted surgery, I couldn’t wait to get it done. After my surgery I had so much more confidence.”

The 22-year-old says she only wanted surgery due to vanity reasons and couldn’t wait. Even though the doctor advised her to.

She said: “I was advised to wait until I was 18, as my nose hadn’t finished growing. But I persisted as I had become very unhappy.

“Looking back I do wish I waited, I feel the bump has grown back. Its almost like I shouldn’t have had it done, as its still not the way I wish it looked.” She said.

The mother-of-one, states even if she had waited she would still have had her nose job, purely for her own happiness.

She stated: “In my opinion, if you are unhappy with the way you look, don’t waste time being miserable. If you can afford it or can get help fix it, as your mental state matters a hell of a lot. It can affect your overall happiness.”

Sian, of Glossop, Derbyshire, is thinking about other procedures and isn’t ruling out anything - from boob jobs, veneers to liposuction.

She said: “After University, I’m going to get another nose job, maybe on finance. I have friends who have had at least two cosmetic procedures done on finance. It’s becoming so easy to do, so why not?

“I do think the media is partly to blame for the way we perceive ourselves though, being flawless is beauty and we want to look perfect. From hair extensions, fake tan, teeth whitening and even skin lightening, there’s so many options available to help us feel better about ourselves. ”

Statistics found on BAAPS states the number of surgical procedures in 2011 showed a rise of 5.8 per cent from 2010.

The BAAPS, based at the Royal College of Surgeons, is a not-for-profit organisation. Established for the advancement of education and practice of Aesthetic Plastic Surgery for public benefit.

According to Rajiv Grover, consultant plastic surgeon and BAAPS President Elect said: “The continued popularity of aesthetic plastic surgery, even through financially difficult times, demonstrates that the public sees real value in the psychological and physical improvement that can be achieved.”

The BAAPS have been concerned about the standard and style, of todays cosmetic surgery, calling for an advertisement ban.

Adam Searle, President of the British Association of Aesthetic Plastic Surgeons, said: "This trivialisation and commoditisation of medical procedures is appalling. It seems to have come down to the level of loyalty cards, money-off vouchers, competition prizes and even a raffle prize of a procedure of your choice.

“This belittling of the seriousness, of undertaking a medical procedure degrades not only our specialty but also the medical profession as a whole.

"The true tragedy is that within this epidemic of rather tasteless activity, there are going to be patients who, experience significant complications and lifelong damage from pursuing ill-planned and ill-thought out operations.”

Shami Thomas, PR Manager from the Transform Cosmetic Surgery Group states it’s important to note that they turn away three out of ten people who come to them for a consultation, based on unrealistic expectations and motives.

She said: “In the 37 years that Transform has been around, we have been fortunate enough to continue operating through several recessions.

“In this time the consumer appetite for cosmetic surgery has never waned. In spite of all the doom and gloom outside, people still want to look good and feel good about themselves.

"Cosmetic surgery is a big cost in yourself, it's not like a holiday or a bathroom that you can put off buying. For many people considering cosmetic surgery, it's something that is always on their mind. This increases their sense of urgency to prioritise it, because it's important to them.”

When asked about the petition, Shami said: “We’ve always advertised responsibly and within the guidelines of ASA. We are welcoming new regulations to the industry, we're keen advocators of encouraging responsible marketing.

Shami believes the media could have an affect on individual’s perception of ‘perfect’.

She said: "Images in the media, certainly have an effect on peoples perception, of what is deemed 'perfect' because they are, by and large, aesthetically pleasing. People can be easily influenced, by things they see in the media, which may bring them to the decision to find out more about cosmetic surgery.

“Our staff and surgeons work closely with our patients for realistic goals. Cosmetic surgery isn't like waving a magic wand and it won't dramatically change someone’s life.

“What it will do is give people more confidence in their own skin whilst still working in the realms of reality.

Sian added: “ I see nothing wrong with cosmetic surgery, people don’t have to put up with being unhappy about the way they look anymore.

“As long as the procedures are safe and undergone in good hands, financially I don’t see a problem and payment plans - mean we don’t have to settle with what we have got, regardless of our financial state.” 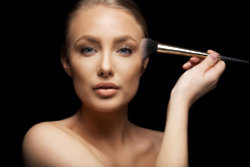 5 bronzer mistakes everyone makes – and how to avoid them 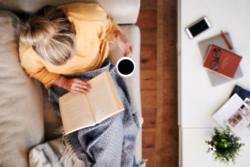